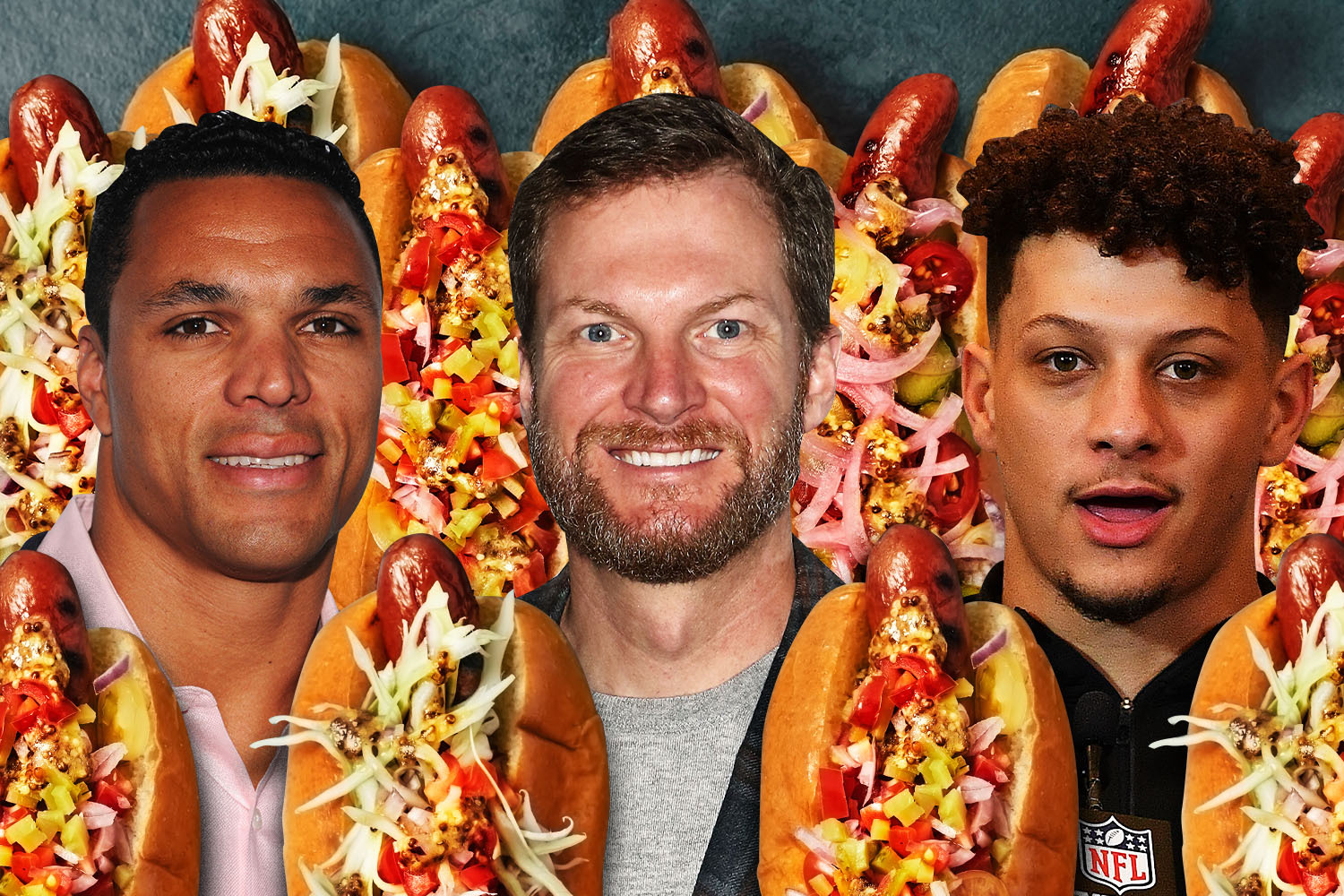 In addition to screaming fans, gyrating mascots and two teams giving it their all, a fixture at the arenas, stadiums, ballparks, ice rinks and fields of American pro sports is the hot dog.

Whether boiled, steamed or fried, a frankfurter encased in a partially sliced bun topped with mustard, sauerkraut or even pork belly, lobster and white-truffle champagne has been a favorite of sports fans for decades, with 63 percent listing the hot dog as the one game-day food they could not go without.

Clearly, the hot dog is a stadium staple — but is it a sandwich?

It’s a question that has been posed before, but never answered to our satisfaction. To remedy that, we’ve spent the last year or so soliciting the opinions of some of the top athletes and sports personalities in the United States about whether the hot dog is a sandwich or not. Here’s what 19 of them had to say.

Tony Romo, Retired QB, CBS Announcer: “Is a hot dog a sandwich? What’s the definition of a sandwich, right? That’s what you’re asking. Is it bread? No, I don’t know. Yeah, I’d say it’s a sandwich.”

Marshall Newhouse, Free-Agent NFL OL: “No, you eat it sideways. You wouldn’t eat a sandwich sideways, period, end of story.”

Adam Schefter, ESPN NFL Insider: “Well, there are two buns there … but I’d rather have buffalo wings than a hot dog anyway.”

Larry Fitzgerald, Arizona Cardinals WR: “I don’t think so. No. A hot dog is a hot dog. It is its own thing.”

Patrick Mahomes, Kansas City Chiefs QB: “I don’t consider a hot dog a sandwich. I consider it as its own thing and I do put ketchup on my hot dog 100 percent of the time. Hamburgers are also their own thing. They go together in a separate category.”

Mike Pereira, Retired NFL Referee: “Well, to me, if it’s got bread on it, it’s a sandwich, so that’s just always been my theory.”

Jon Gruden, Las Vegas Raiders Coach: “My hot dog is a sandwich. I don’t know what you put on yours. If I’m having a hot dog, it’s going to be a sandwich.”

Tyler Lockett, Seattle Seahawks WR: “I think a hot dog is whatever you want it to be. I mean, it doesn’t have sandwich at the end of it like a bologna sandwich or a peanut butter sandwich. But if you consider bread to be something that would make it a sandwich, then a bun is bread. I think anything is a sandwich if it’s used with bread.”

Jalen Rose, Retired NBA Player, ESPN Broadcaster: “Of course it is. It has bread. All things with bread are sandwiches. Listen to me y’all — yes a hotdog is a sandwich and a hamburger is a sandwich. Why? Because they have buns.”

Stephon Gilmore, New England Patriots CB: “Is a hot dog a sandwich? No. I don’t know. I feel like a sandwich is flat. So … no.”

Melvin Gordon, Denver Broncos RB: “It is, low key, a sandwich. It’s a sandwich because it’s meat. I mean, what would you consider a sandwich? Meat that you put on bread. Considering a hot dog is meat that’s wrapped around bread, it’s a sandwich.”

Steve Smith, Retired NFL WR: “Well, the way I grew up, we ate hot dogs raw, how we could get them. I don’t eat hot dogs no more if I’m being honest.”

Kevin Millar, Retired MLB OF, MLB Network Broadcaster: “Yes. I’m going to say a hot dog is a sandwich because you can add whatever you want on it. You want some relish and sauerkraut and mustard and ketchup or to throw some jalapenos on her? You’re adding meat and you’re adding some stuff, so why not?”

Romeo Okwara, Detroit Lions DE: “No, a hot dog is not a sandwich.”

Justin Pugh: “Is a hot dog a sandwich? No, it’s a different category. It’s its own thing.  You don’t put lettuce, tomato and onion on a hotdog.”