To get one, Reid first needs a win this weekend against the Titans 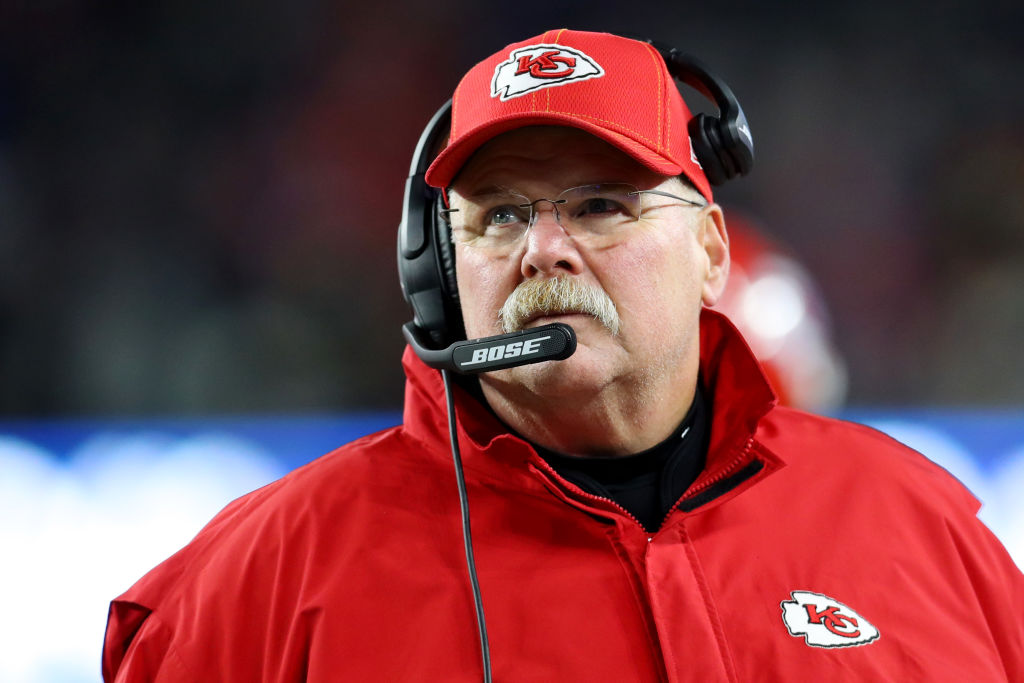 Love him, hate him or simply find his affinity for going after the sleeves of his hoodies like a mohel practicing for his first bris somewhat fascinating, Bill Belichick (304-139) is, hands down, the best coach currently working in the National Football League.

Which begs the question: who is No. 2 on the list?

For some, the pick might be Pete Carroll (144-99-1) of the Seattle Seahawks. For others, New Orleans Saints head coach Sean Payton (128-81) is probably the choice. And there are likely even those that would say longtime Pittsburgh Steelers coach Mike Tomlin (141-80-1) is the second-best coach in the NFL.

Problem is, there’s one thing — besides a walrus-looking mustache — that sets Reid apart from Carroll, Payton and Tomlin: he’s never won a Super Bowl.

As of this writing, however, there’s another thing that sets him apart: he’s still got a chance at one this season. To cement his spot in the pantheon of all-time NFL coaches, Reid must get it.

The seventh-winningest coach in the history of pro football with a regular-season winning percentage of .618 over 21 years, Reid is a game below .500 in the playoffs at 13-14 and has only advanced to the Super Bowl once, losing to Belichick and Patriots.

That Super Bowl appearance was with the Eagles, a team he took to NFC Championship game five times, losing four of them.

The head coach of the Chiefs since 2013, Reid has taken Kansas City to the playoffs six times but only has three playoff wins to show for it compared to five losses.

His most recent playoff defeat came last year in the AFC Championship game in another loss to Belichick and the Patriots. Fortunately for him, the Pats are out this season and all Reid needs to do to get to Super Bowl LIV is knock off the sixth-seeded Tennessee Titans in Kansas City this weekend.

To do it, Reid will need to avoid the clock management problems that have plagued him in the past as well as avoid getting buried staring at his play call sheet like it was an Applebee’s menu instead of paying attention to what’s happening on the field as he is sometimes wont to do.

Reid will also need to match wits with second-year Tennessee coach Mike Vrabel, who actually played on the New England team that knocked off Reid’s Eagles in the Super Bowl.

On paper at least, Reid has a ton of advantages over Vrabel: He’s got the reigning league MVP at quarterback in Patrick Mahomes, All-Pro talent at wide receiver and tight end in Tyreek Hill and Travis Kelce and an improving defense that’s being coached by the guy, Steve Spagnuolo, who put together the game plan that helped the Giants knock off the undefeated Patriots in Super Bowl XLII.

The 61-year-old also has the benefit of having coached 27 playoff games while Vrabel has only been on the sidelines for two, winning ’em both.

Simply put, there is no excuse for Reid and the Chiefs to lose this game. They’re playing at home with the better team with a more experienced coach calling the plays and Brady and Belichick and the ghosts they conjure up are nowhere to be found.

If Reid is actually to be considered one of the NFL’s best all-time coaches, this is a game he needs to win. as is the Super Bowl, regardless of the opponent as the Chiefs have a better QB than either the 49ers or Packers and this is the first year in the postseason for both San Francisco coach Kyle Shannahan and Green Bay coach Matt LaFleur.

Should Reid fall short this weekend or at the Super Bowl, it will be losing in the playoffs, not winning more than 200 games, that he is remembered for.

In NFL history, every other coach with at least 20 playoff games has at least one Super Bowl title and nobody has coached more career playoff games than Reid and failed to win multiple Super Bowl championships, let alone a single one.

If Reid doesn’t win on Sunday, his 28th postseason game, or on February 2 in Miami, that statistic will only look worse.

For the sake of Reid’s legacy and those who believe he’s the second-best coach in the NFL, he’ll win both games and that won’t be the case.

But, if history and Reid’s 13-14 playoff record is any indication, there’s about a 50 percent chance the Chief will drop one of them and it will.