The Andy Murray Comeback Tour Is Now in Session

The Scot said he’d retire after Wimbledon. He might’ve spoken too soon. 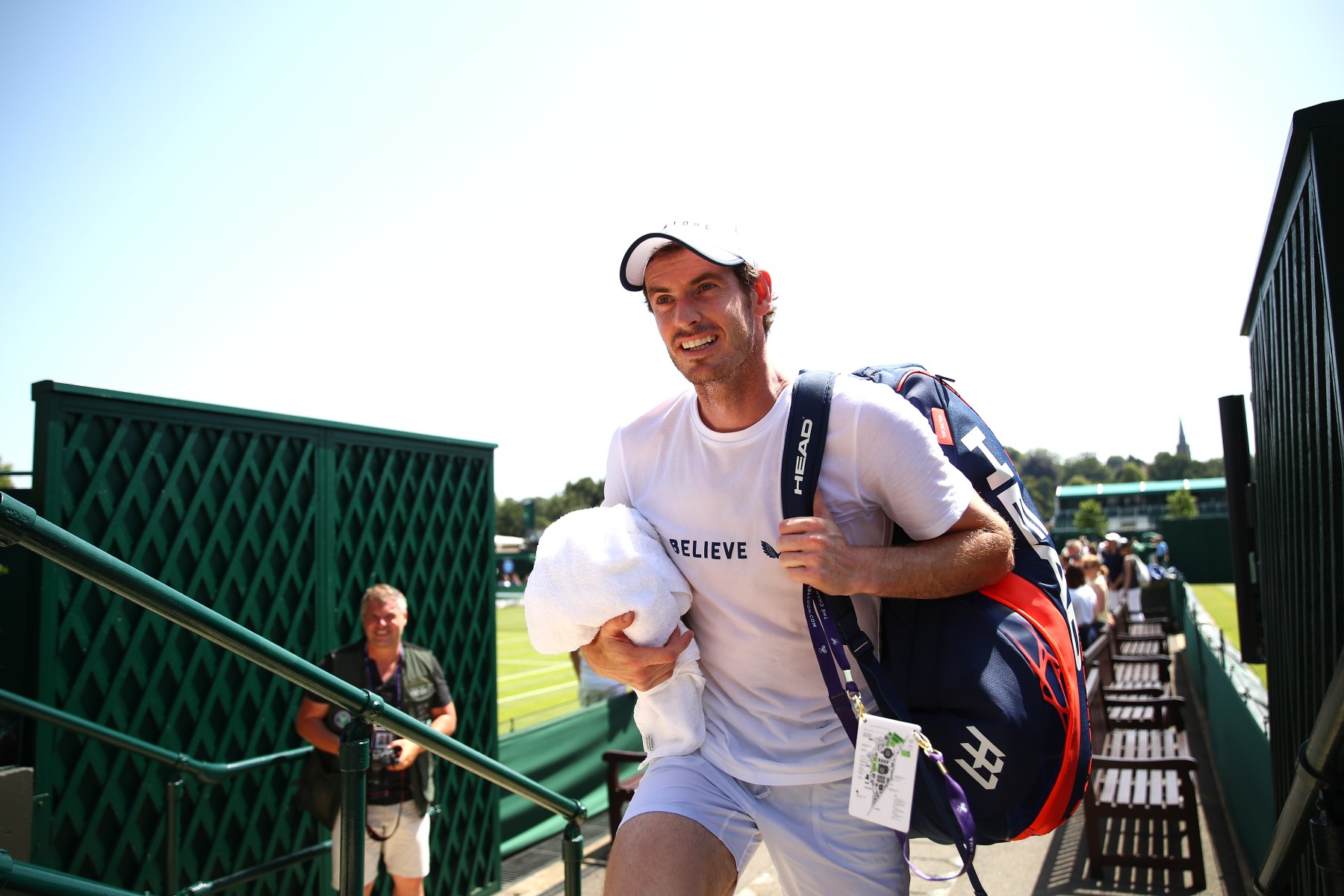 After a doubles title at Queens Club, a rejuvenated Andy Murray has his sights set on bigger things
Clive Buskill / Getty
By Van Sias / July 1, 2019 9:48 am

At the end of the 2016 ATP season, Andy Murray — fresh off capturing his second Wimbledon title as well as a second Olympic Gold Medal — finally ascended to the top spot in the rankings after nearly a decade of chasing Novak Djokovic, Roger Federer and Rafael Nadal.

A few months later, the Scot’s body began to betray him. The physical and psychological limits he tested to become the best tennis player in the world (however briefly) had clearly taken a toll. After battling a hip injury for the better part of two years, Murray shocked the tennis world this January when he announced that he would likely retire after Wimbledon; the constant pain was just too much.

It’s a good thing that personal prognostications aren’t his forte.

Over the past few weeks, Murray has made a surprise return to the game on the doubles court, with a fairytale start already in the bag: partnering Feliciano Lopez in London at the prestigious Queen’s Club tournament, Murray picked up his third career doubles title in his first on-court action in six months. He failed to make it two in a row in Eastbourne, losing in the first round alongside Marcelo Melo, but he’s primed for a Wimbledon return.

On the big stage, he’ll play with Frenchman Pierre-Hugues Herbert, an accomplished and rangy grass-court player with four career doubles Grand Slams to his name. At press time, a mooted partnership with Serena Williams in the mixed doubles competition was still a possibility as well.

What was once thought to be a swan song is now a moment of rebirth, with the possibility of brighter days ahead, triggering waves of support from those in and around the sport.

ESPN commentator Brad Gilbert, who coached Murray for a period of time in the early 2000s, says the warm reception is a testament to the type of person Murray is.

“I think that he’s somebody that gives it his all,” said Gilbert, who reached a career-high No. 4 in the world during his playing days. “He works hard, he’s competed against the three best guys maybe in the history of the sport. He’s not afraid to speak his mind about different things,” noting Murray’s outspokenness on a number of issues, such as equal pay for all athletes.

“People want to root for him,” Gilbert said. “It’s a tough injury he’s trying to come back from. He was dealing with it for a while.”

What made the difference for Murray health-wise was undergoing a second procedure on his hip, one that enabled Bob Bryan — half of the greatest doubles team in the history of the sport, with his brother, Mike — to return to the court this season after missing most of last year. The duo have already won two titles in 2019.

“Maybe [Murray] should have had the surgery sooner?” Gilbert mused. “I think that he probably saw the success of Bob Bryan, who’s eight years older than him, have the same surgery and be able to come back.”

“He’s got great grit and fortitude, he’s such a hard worker,” Gilbert added. “I think this will be a challenge that he’ll want to see out — ‘OK, nobody’s been able to come back from something like this in singles. Maybe it’ll be me.’ ”

Before the start of Wimbledon, in a conference call, Hall of Famers and ESPN analysts John McEnroe and Chris Evert also expressed hope for Murray’s return.

“It was nice to see him sort of eager and into it, and looking like he was … relatively healthy,” McEnroe said. “You can’t really determine it until he starts playing singles matches and how the body reacts if you’re on a hard court, for example, as opposed to grass.”

“It looked very promising, which is great,” McEnroe said. “I think everyone wants him to be able to come back, and then be able to leave and retire on his own terms.”

“To see that smile on his face playing doubles, that’s enough for me right now,” Evert said.

Gilbert said that doubles is the perfect way for Murray to make a return.

“Andy’s game is a little bit different from other guys,” he said. “Movement is a massive part to his game. Covering half the court is completely different than covering the full court. And then there’s nothing like getting some matches, seeing where you’re at.”

It’s all part of the path to a possible return to the singles court, he added.

“He’s kind of already thinking about maybe at the end of the summer, September, playing singles and seeing where his body is,” Gilbert said. “He’s thinking about the whole process; considering where he was at in January.”

McEnroe also stated that doubles is the perfect preparation. At Wimbledon, Murray and Herbert could be a dangerous pairing, given Herbert’s success in that discipline.

“I think he’s got a chance to win it,” McEnroe said. “He could win it. He could also lose first round … I’m glad he’s doing it and feeling it out right now, and we’ll see what happens. But there’s no question the way he plays and returns and [if] he’s into it, competitive-wise, he could go all the way.”

Pulling off the feat would add to a legacy that Gilbert feels shouldn’t be questioned. Over the years, there have been questions on whether or not the concept of a “Big 4” on the ATP Tour actually exists, since Murray never hit the same heights as his chief rivals.

“Those people [who] say that, they weren’t in the trenches when he was chasing those three other guys,” Gilbert said.

Murray’s tenacity and his own accomplishments make him an athlete worth embracing as he begins the next stage of his career.

“How about [Murray’s] the only player on the men’s side to repeat his Olympic Gold Medal? On two different surfaces?” Gilbert asked. “Good at a young age for a long period of time, 11 Grand Slam finals, which puts you among the elite.”

Murray’s record in those championship matches is 3-8, but, as Gilbert stated, “Look who those losses were to,” meaning Federer and Djokovic. “Pretty remarkable,” he said.

If there is a Big 4, its defining quality has been an ability to beat the odds time and again. Consider Federer’s dramatic Australian Open victory in 2017 after a four-year drought, followed by a Wimbledon title that year and another Aussie the next. Or Nadal — who went Slam-less in 2015 and ‘16 — reasserting his dominance at Roland Garros, where he’s now claimed three consecutive trophies, taking his total to an unthinkable 12. And then there’s Djokovic, once again no. 1 in the world and three Grand Slams richer after seeing his ranking plummet as low as 22 last year.

Now it’s Murray’s turn to prove pundits, fans and fellow players wrong. With the doubles win at Queen’s Club, he clearly still has his edge. The question now is whether his body will cooperate with bigger plans — like a triumphant return on the singles court. If recent history is any indication, we wouldn’t bet against it.