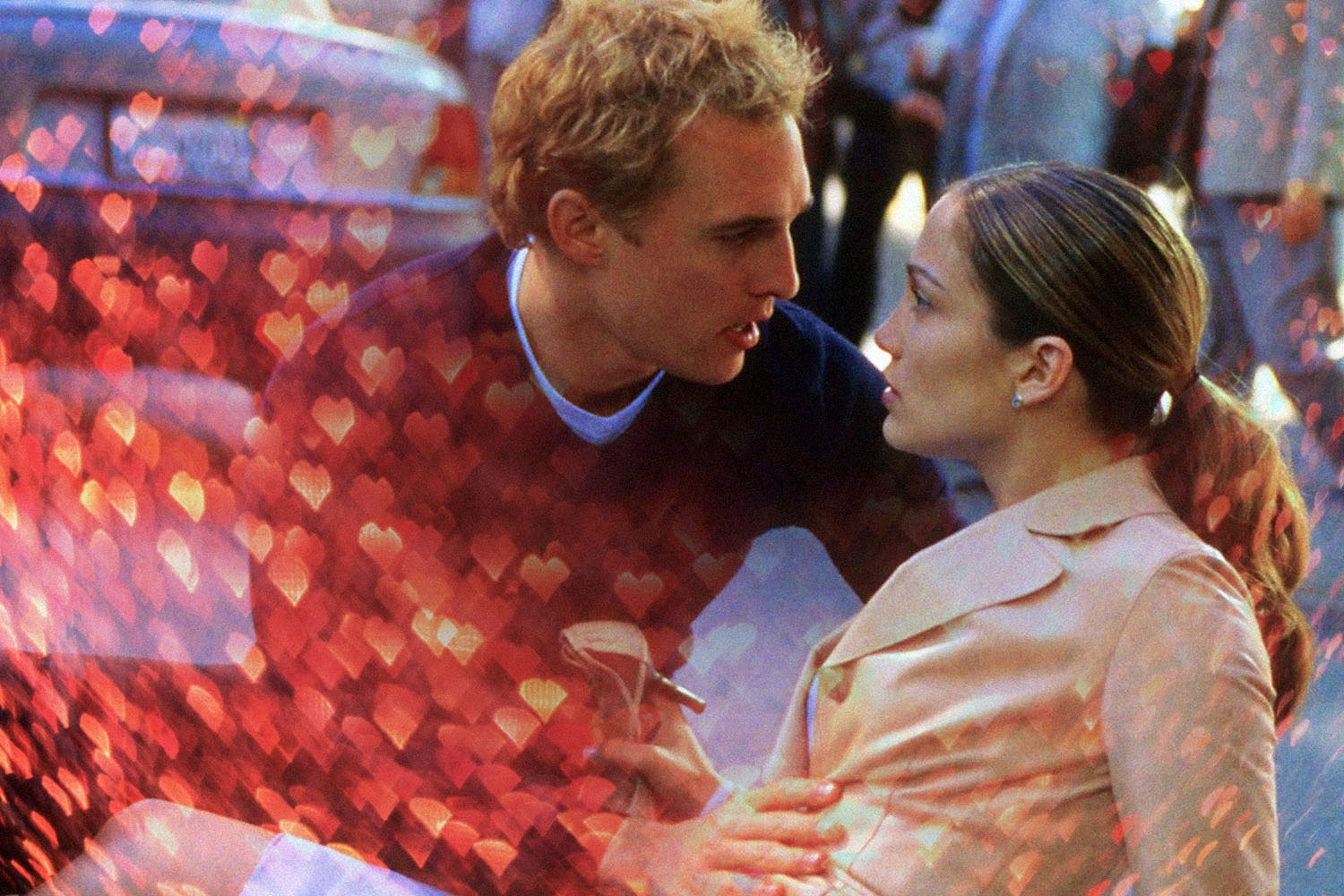 "Hello, complete stranger. Is it OK if I violate social-distancing rules to romance you?"
The Wedding Planner/Columbia Pictures
By Kayla Kibbe / July 15, 2020 7:55 am

A weird thing happened recently. A stranger hit on me in the park.

When I first noticed this man attempting to get my attention and reluctantly removed an AirPod after it became clear he wasn’t one to be easily ignored, I assumed he was going to ask me for money or go off on some kind of religious rant. What he did instead was much weirder: he asked me out.

This was strange for a few reasons. One, coronavirus lockdown has not been kind to my appearance or my will to maintain it. Four months ago I probably wouldn’t have left the house looking like I did that day in the park, let alone have expected to attract any eager suitors in my hoodie and unwashed hair. But far stranger than the fact that this man was hitting on a woman wearing no makeup with her hair in a messy bun she slept on the night before was that this man was hitting on a stranger in the middle of an ongoing pandemic. At a time when we’re encouraged to maintain distance from even our closest friends and loved ones, approaching a stranger for the purposes of your own horny agenda seems inconsiderate at best, if not blatantly rude and aggressive.

However, as a proud dating-app native, I’ve found in-person advances from strangers disarming for years now, well before coronavirus gave me an excuse to be performatively mad about them on the internet. The pandemic has killed or at least temporarily halted many staples of our old dating lives — sex, the ability to control our expressions of horniness online, and perhaps even dates themselves. But if there’s one thing I’d actually like to see coronavirus slay in its swirling path of near total societal annihilation, it’s the practice — and romanticized privileging — of meeting strangers in person.

The Rise and Fall of the Meet Cute

From the dawn of Tinder, dating-app enthusiasts and detractors have debated the merits of stumbling upon a romantic partner in person versus. meeting one on an app. Those arguing for the sanctity of the former — also known, nauseatingly, as the “meet cute” — typically abide by a vague notion that there is something inherently “better” about meeting someone in person.

While this idea is rooted in dated social taboos that figure dating apps as some kind of assistive device for the romantically deficient instead of a modern tool for a new era of dating, meet-cute purists also tend to point to some kind of fated or mystical advantage to stumbling upon their soulmate at the grocery store instead of swiping for them on an app. The fairytale, rom-com theory we’ve been fed for decades dictates that “real love” happens when you’re not looking for it. If you turn the corner and bump into the love of your life, it’s fate. If you marry someone you met on an app, well, you were just a desperate loner who was looking for a partner. There’s no magic, apparently, in finding love when you’re looking for it.

But as dating apps grew in mainstream popularity throughout the 2010s and online-dating stigma slowly started to ease, the status of the in-person meet cute has gradually declined. As I’ve previously argued, however cynically, the difference between meeting a partner online and doing so “organically” can be compared to that between online shopping, where you can carefully evaluate all of your options before selecting the best available, and strolling through a department store and settling on the first thing that fits. While couples who met online were shamed and pitied a few years ago, I now feel sorry for those who settled down with their itchy department-store sweater without first evaluating their other options online.

Meanwhile, as dating apps have won over more and more converts, the dating landscape has shifted correspondingly, relocating our romantic hunting grounds from bars and other public settings to digital ones. Now when I am approached by a romantic hopeful in public, I am immediately suspicious of their intentions. All I can think is: there is a forum for this, and it’s not here.

This, too, represents a bit of a 180 from social codes of mere years ago. Earlier in the history of online romance, daters were warned of the dangers of meeting up with strangers from the internet. There were fear-mongery Lifetime movies about it and an entire MTV series about catfishing.

While there are, surely, still many a dangerous predator on the internet, I find strangers in person to be a far more imminent threat. Before agreeing to go on a date with an internet stranger, I have time to do a full digital stalk, in addition to the information already available on the dating app itself. Before I ever set foot in the same room with someone from a dating app, I usually know their name, age, height, astrological sign, social-media handles, employment history, alma mater, how many pets they have and whether or not they want kids. When I’m approached by a stranger in public, all I know is this is a guy who likes to hit on strange women. Which one would you feel safer giving your number to?

While I can certainly acknowledge and, to an extent, commend the courage it takes to approach someone in public, it tends to feel confusing and tone deaf at best, and alarming and threatening at worst. And that was before coronavirus. These days, when those of us who choose to venture out in public at all are expected to exercise caution about who we come within six feet of, approaching a stranger to hit on them seems to betray a pretty blatant disregard for the health and wellbeing of others and/or a disability to read and abide by social norms.

Maybe someday this all will be over and we can feel free to once again swap spit with strangers in dark corners till the sun comes up. But if, as threatened, COVID-19 is destined to forever change the way we exist in society, I would really love for the meet cute to be among the many more regrettable coronavirus casualties. In the meantime, if you want to hit on strangers, please just do it on the internet like the rest of us.