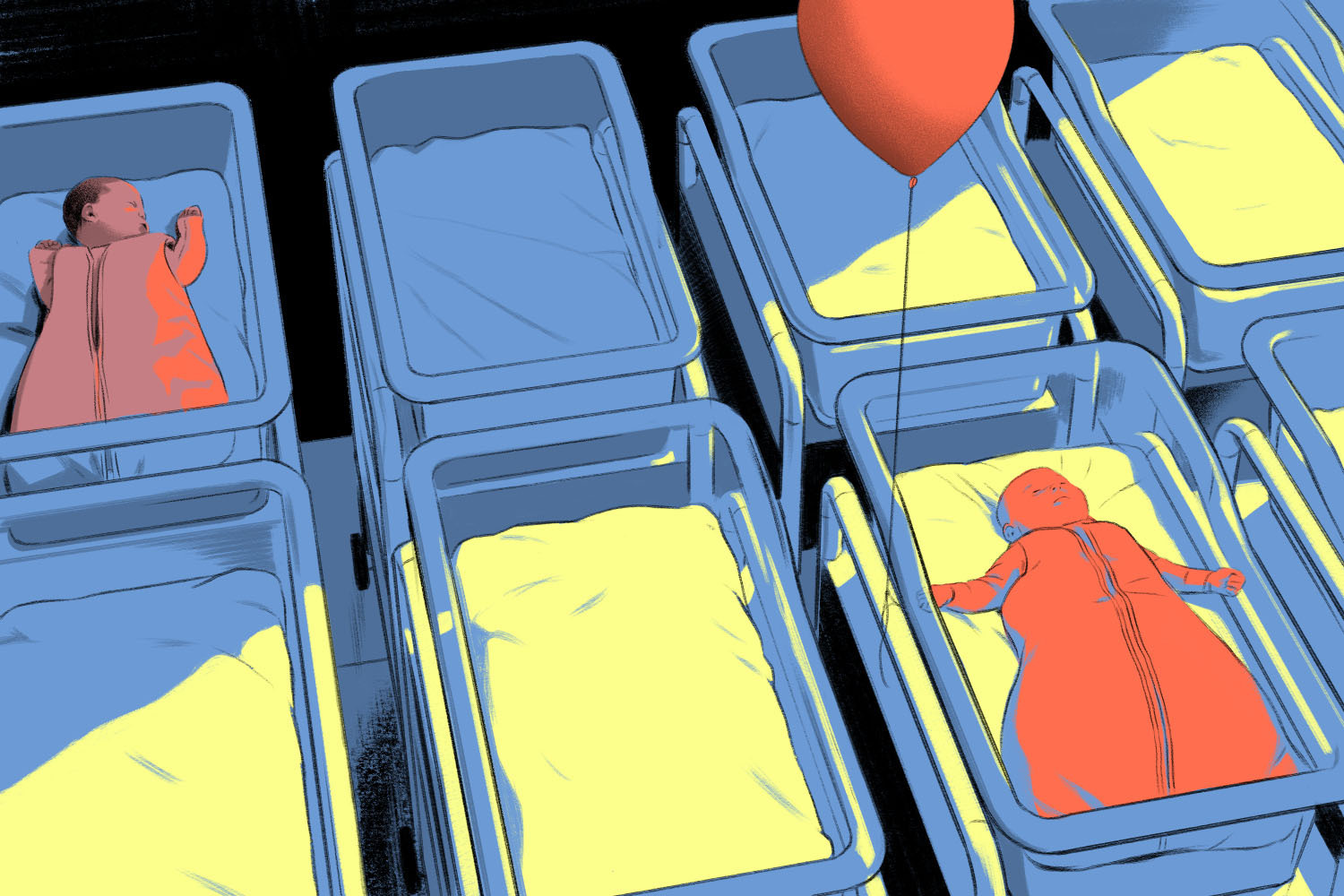 The coronavirus pandemic has introduced a new host of challenges and dilemmas for would-be parents
Señor Salme
By Caroline Reilly / June 30, 2020 5:45 am

Whether we’re talking about unchecked quarantine horniness or the New York Times deeming nudes “high art,” it’s undeniable that these trying times have put our intimate relationships under a strain like never before. But if first come nudes and then comes socially distant marriage, what happens to the baby in the baby carriage?

Though 2020 has been trying for all of us, the drop in U.S. birthrates has been dropping over the last few years. Statistics show that those numbers continue to dip, which researchers credit to the recession and the overall gloomy outlook that many people of childbearing age seem to have about the future of our country. Not to be outdone by concerns over the economy and the environment (statistics show that roughly a third of American women consider climate change as a reason to have fewer children), the COVID-19 panic gave people yet another reason to rethink their family-planning decisions. And despite those tweets about how being stuck at home would lead to a baby boom nine months from now, as it turns out, a global pandemic does not exactly make for the most encouraging milieu for starting or expanding a family.

If the period from late 1940s into the ‘60s marked a time when Americans were encouraged to start families while the economy boomed and the country was at its post-war peak, Millennials and Gen Z have equally good reason not to want what their grandparents and parents coveted.

Alison Gemmill, an Assistant Professor at the Johns Hopkins Bloomberg School of Public Health, studies birth rates as they correlate with social changes. She says that while we won’t have a good idea of how birth rates will have responded to recent events until next year, we can glean some insight from how things have gone down historically.

“We know from prior studies that exposure to epidemics or other high mortality events like natural disasters depress fertility in the short term,” she says. “What’s unique about this pandemic though, is that it’s occurring in tandem with widespread economic contraction. So, when we think about future effects on fertility, we have to consider that effects will likely be compounded.”

Gemmill says the current climate is likely to have different effects on different groups of people, depending on age and access to reproductive healthcare like IVF. For younger people who can become pregnant, she says, it’s likely that the pandemic will cause them to wait even longer to have children, or in some cases they won’t end up having children at all. But for people in their thirties and forties, the effect is likely to not be as pronounced. “We saw this somewhat with the Great Recession — birth rates actually increased for women in their forties,” she says, noting that while this is all speculation, she and her colleagues will be investigating these questions as more data becomes available.

“The pandemic has really made us reassess everything,” says Tracy, 31 who was planning on starting a family in the coming years. “I told my partner that I can’t even think about having kids right now and I’m unsure whether or not I’ll still want to have kids for when we eventually come out of lockdown.”

Tracy says being able to have family support plays a huge role in their decision to start a family; they both hoped to rely on their extended families as they raised a family, but with rules and concerns about social distancing, they worry that this will be impossible in the near future or at all. Then there are concerns about what birthing actually looks like. “COVID has also changed what birthing looks like … [and] all this against our political backdrop, our country’s reckoning with racism, a fascist in power threatening civil war. I don’t want to give birth during a war, with state-sanctioned violence by police who don’t believe in the humanity of Black and brown people.”

Aside from the logistical nightmare of giving birth and parenting amidst a global pandemic, there is of course the reality of that a change in employment status has adversely impacted the ability to start or expand a family. Judy, 37, says she had her husband were planning on trying for a second baby this spring, but when he was furloughed from his job, those plans changed. For now, they’re delaying another baby. When I asked her what would need to happen for her to feel comfortable or ready to get pregnant again, she said she wasn’t really sure. “Being 37, we don’t have the luxury of time,” she says. “I think if my husband’s job came back, we would start trying. Or if I was able to land a job. Still though, I really don’t want to be pregnant during a pandemic. But as I say, we can’t wait it out if we’re in this for a couple of years.”

There is also the immense cost of in vitro fertilization (IVF), rendering it a service that only a privileged few can take full advantage of, and like any other financial burden, this is one exacerbated both by the pandemic and the recession.

“The experience of infertility might be more common than we think, and in the U.S., not everyone has access to the resources to obtain treatment. This is why some groups of women never seek treatment to begin with — the hurdles are just too large,” says Gemmill. “In the U.S., access to infertility treatment is also dictated by where you live, with some states passing legislation that mandates insurance coverage of infertility treatment for those with private insurance plans.”

Emily, 26,  says she and her husband have been trying to conceive since 2017. “My husband definitely is the ‘breadwinner,’ and we get our health insurance through his job,” she says. “He works for mostly small and medium businesses, so it’s totally possible he will get laid off in the months to come.” She details expensive hormone treatments and IUIs: intrauterine insemination. “The drugs needed will cost us an additional $250 to 300 out of pocket. Keeping in mind that only one of four IUIs leads to a successful pregnancy, this is a lot of money to have a 75-percent chance of basically throwing it away,” she says.

And on top of the already existing hurdles for those trying to get pregnant using IVF, COVID-19 has complicated matters. While the closure of abortion clinics by lawmakers in states like Texas and Ohio sparked outcry from reproductive rights advocacy groups, a quieter outrage was stirring as IVF services were halted in many clinics nationwide.

What do you do when the clock is running out?

Time, unfortunately, is not always on the side of people who do want children.

For those with preexisting conditions, COVID-19 further complicates the availability of care. Lauren (name changed), 41, says she and her husband have been trying to get pregnant for years. She was recovering from an intensive excision surgery for endometriosis and just beginning to feel ready to try to conceive when the virus hit North America. Because she had extensive endometriosis in her lungs and thoracic cavity, she fears exposure to the virus could compromise her lungs. Lauren is one of a few people I spoke with for this story who said they would need a vaccine to feel comfortable about trying to conceive, and for people managing the trials of IVF and infertility, time is a finite resource made even more scarce by the pressures of the pandemic.

Whether you’re an able-bodied person who is expecting, someone with a preexisting condition, someone trying to access IVF or someone managing a high-risk pregnancy, there’s no doubt that a global pandemic does not make for an ideal circumstance. And for those who are already faced with a narrowing window of opportunity to conceive for whatever reason, it could not have come at a worse time.

“Each day that slips by feels like this brief glimmer of hope dies again,” Lauren says.