What Would Happen If a Gamma-Ray Burst Hit the Earth? 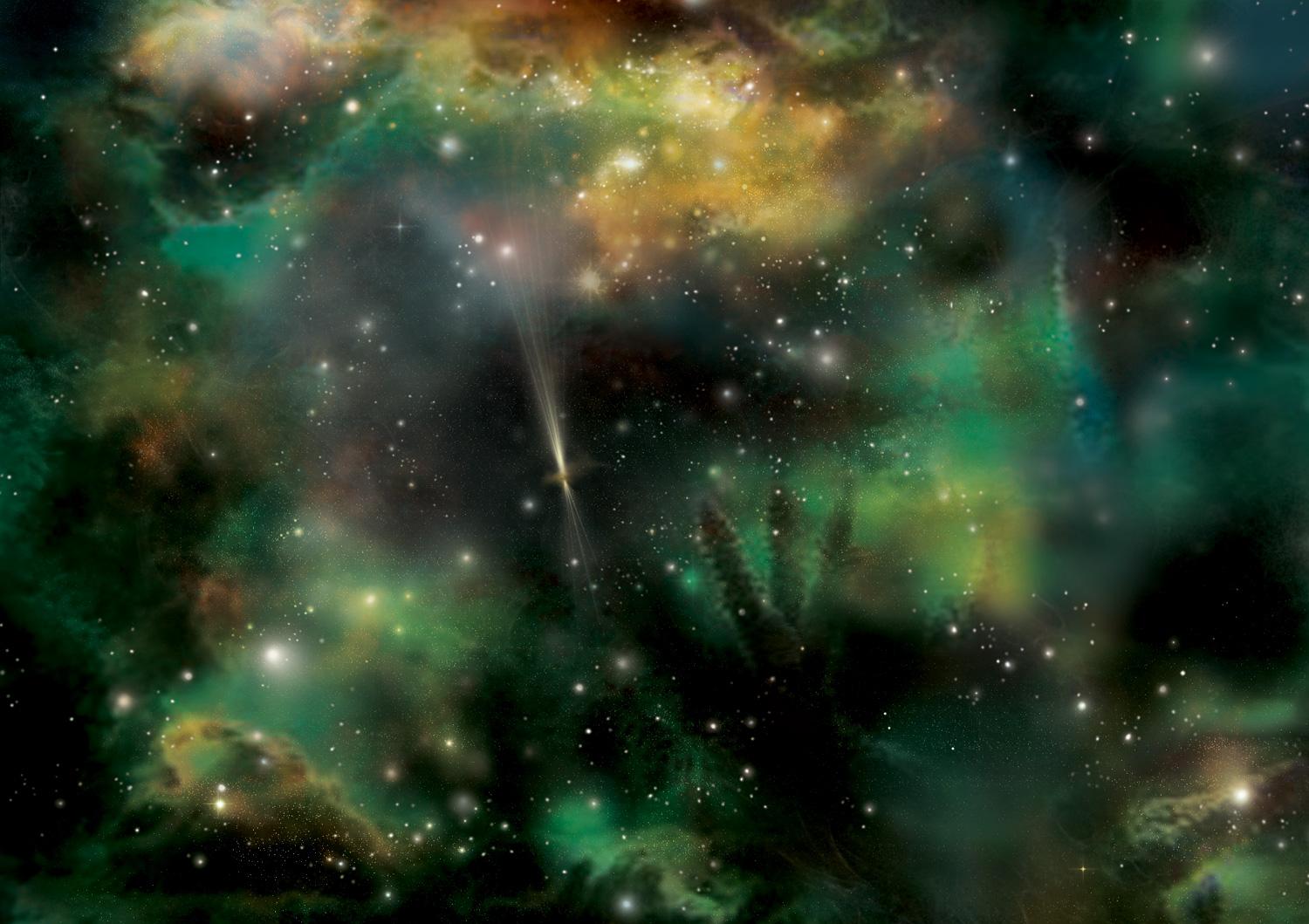 In this artist’s concept, dense knots of dust in otherwise normal galaxies dim the light of a dark gamma-ray burst (center). The dust absorbs most or all of a burst’s visible light but not higher-energy X-rays and gamma rays. (NASA/Swift/Aurore Simonnet)

We don’t have to worry about them that much thanks to the ozone layer, but gamma rays are some of the most powerful forms of electromagnetic energy in the universe and among the most dangerous forms of radiation. Our planet is bombarded with gamma rays on a regular basis, but the danger lies in bursts of them. Gamma-ray bursts are the biggest explosions in the universe, producing light that can be detected billions of light-years away.

There are two types of gamma-ray bursts: short and long. The latter, which last for a minute on average, are believed to form when a star decays into a supernova, collapsing into itself to form a black hole. On the other hand, scientists believe that the former, which last for about a second, form when two neutron stars collide, also forming a black hole. The black holes formed during these two celestial phenomena emit streams of gamma rays. Earth’s ozone layer provides protection from the odd gamma ray or two, but could it hold up against a burst of them? Watch the video below to find out.