Whale's histories can be found in an unexpected part of their bodies - their ear wax. (Kate Westaway/Stone/Getty Images)
By Matthew Reitman 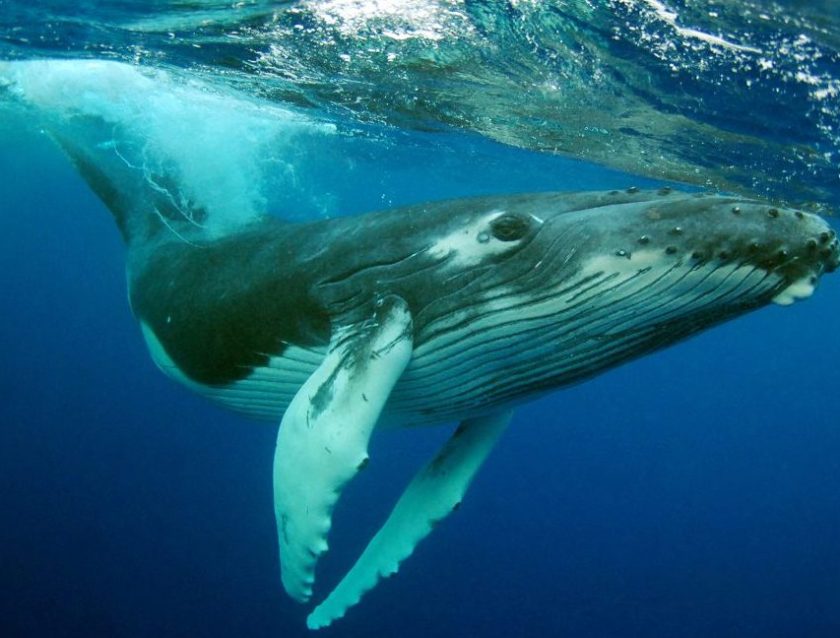 It’s the new Battle of the Bulge. Scientists say humpback whales fight off orca whales, protecting fellow humpbacks as well as other species. Yes, other species: Humpbacks have been documented essentially rescuing gray whales, sea lions, and seals from killer whale attacks. While these clashes have been recorded around the world, the majority occur in the northern Pacific Ocean near California’s Monterey Bay and Southeast Alaska.

While “killer whale” is an impressively fierce nickname, humpbacks are up to the challenge. Orcas, weighing around 8,000 pounds and measuring about 32 feet, are dwarfed by the 60-foot, 35-ton humpbacks. The killer whales often hunt in groups using a tactic called mobbing, in which the predators surround their prey. Humpbacks, which use razor-sharp barnacles on their fins as weapons, travel in pods too, though theirs are often smaller in number.

The most head-spinning aspect of these below sea-level skirmishes is that the humpbacks have no clear incentive to intervene in orca hunts. It would easy to reduce their behavior to humpbacks’ simply stealing the orca’s prey, but they eat different food—with humpbacks preferring small fish, plankton, or krill. Indeed, humpbacks have been often documented leaving the prey alive after rescuing it from orcas.

There is also the possibility humpbacks could simply be protecting their calves, which are often preyed on by orcas due to their size. In the journal of Marine Mammal Science, researchers offer another theory: “Although reciprocity or kin selection might explain communal defense of conspecific calves, there was no apparent benefit to humpbacks continuing to interfere when other species were being attacked. Interspecific altruism, even if unintentional, could not be ruled out.” 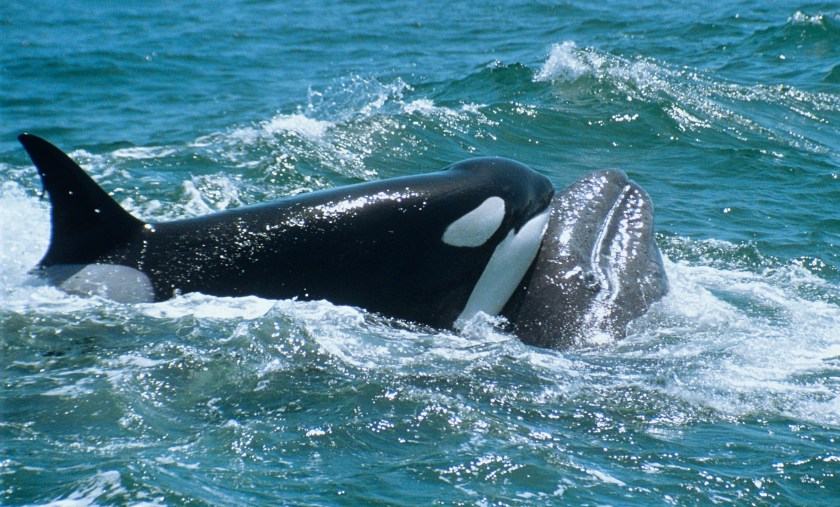 NOAA scientist Robert Pitman, who co-authored the MMS study, further explains the inadvertent altruism. “I think they just have a simple rule,” Pitman told Science Magazine. “When you hear a killer whale attack, go break it up.”

Whatever the humpback’s motivation may ultimately be, evidence from this study (read it in full here) suggests both types of whales are emotionally intelligent creatures. It serves as a reminder how complex marine life can be, and how much more we can always learn about them. Watch them in action again below.