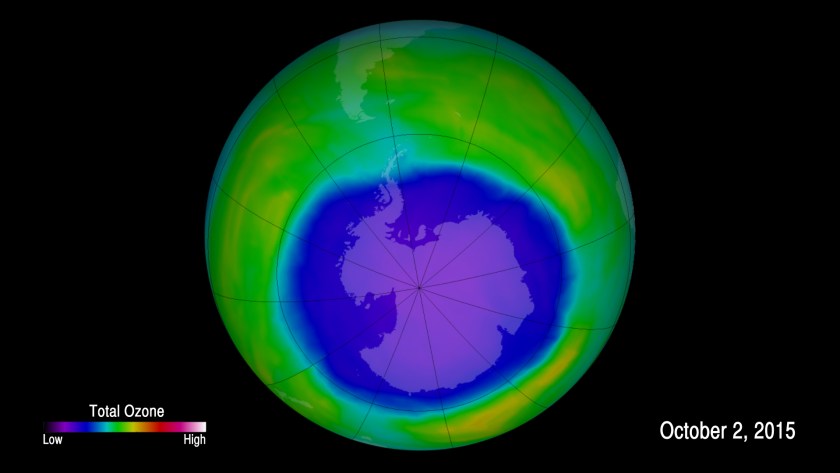 30 years after it was discovered, the ozone layer’s greatest wound is beginning to heal. A recent study by MIT researchers confirmed that the hole in the Earth’s protective layer over Antarctica shrank by 4 million square kilometers. The stratospheric ozone layer protects Earth’s organisms from harmful waves of radiation emanating from space, such as ultraviolet or gamma waves.

Scientists attribute the turn-around to the Montreal Protocol, an international treaty that eliminated ozone-depleting chemicals called chlorofluorocarbons (CFCs). A major success for global collaboration of this scale is unprecedented.

Since 2000, evidence of the Montreal Protocol’s effect could be seen in the slowed rate of ozone depletion. Now, for the first time since the 1980’s, stratospheric ozone over the South Pole has begun to increase.

Researchers acknowledge that temperature changes could contribute to the phenomenon. At the same time, they admit those changes could also be symptoms of the reduction in CFCs. To learn more about the study and its ramifications, watch the video from PBS Newshour below.