Riding Some of Australia’s Most Dangerous Waves 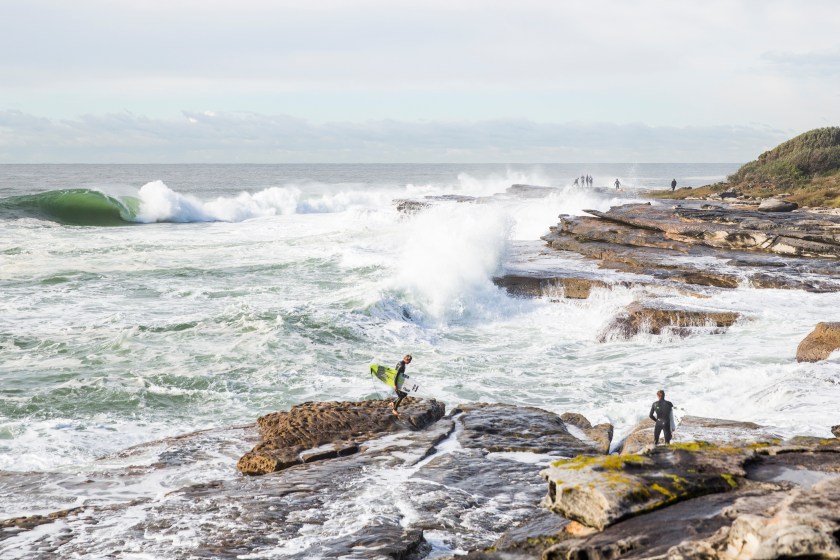 Each June, surfers descend on Cape Solander in Australia’s New South Wales for one of the world’s toughest surf competitions. Thanks to its topographic elements, the waves at Cape Solander, or “Cape Fear” as it’s often called, present unique and sometimes highly dangerous challenges. While no one can truly tame them, professional surfers arm themselves with as much information as possible about the distinct problems such a spot presents. 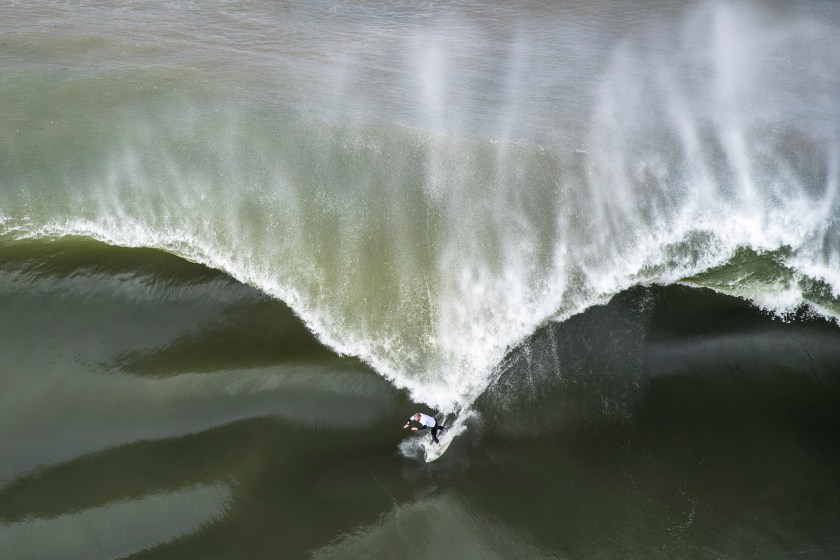 Cape Fear’s seabed is one of its deadly elements–particularly its angle and depth, or lack thereof. The steep and rocky gradient leading up to a cliff create sharp, hollow waves, called “heavy slabs,” that break hard in the Cape’s shallow waters (as low as three feet at some points), which are lined with jagged rocks. The volume of water breaking in these heavy slabs is comparable to about 27 Olympic-sized swimming pools–making wipeouts not just scary, but potentially fatal. 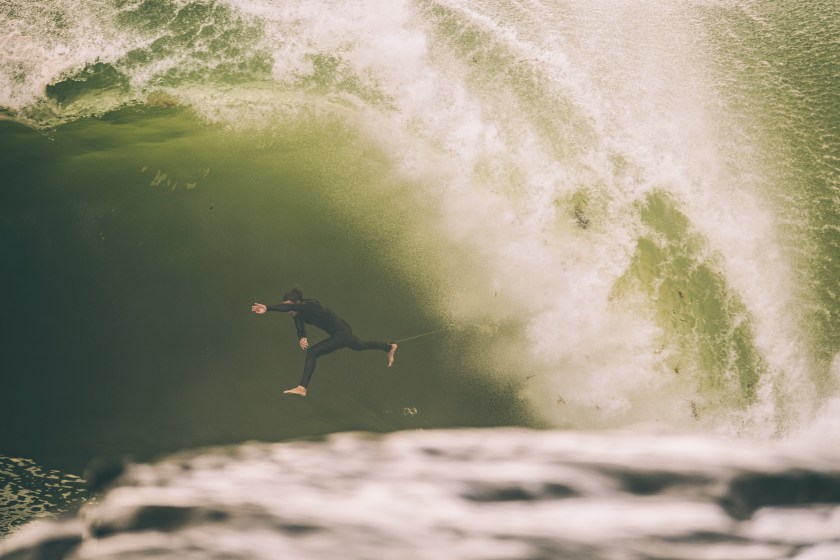 Heavy slabs at Cape Fear have a tendency to form a step in the bottom of the wave, thanks to waves crashing against the cliffs at Cape Solander to create a backwash. This occurs when the water sits below sea level right before where most surfers would exit the barrel. It’s unpredictable when the step could appear, but hitting it will catapult the surfer into the air (sometimes as high as nine feet).

Hit the barrel at Cape Fear just right though and surfers can have the ride of their life. In order to score well in a competition, surfers try to ride heavy slabs deep in the barrel, often about 15 feet inside. Power generated inside the barrel builds up to what is known as the spit, caused by trapped air being forced out as the wave breaks around it–similar to a spitball being blown through a straw. When the barrel closes out, surfers must hold on tightly because the compressed air from the spit can blow them off their boards. 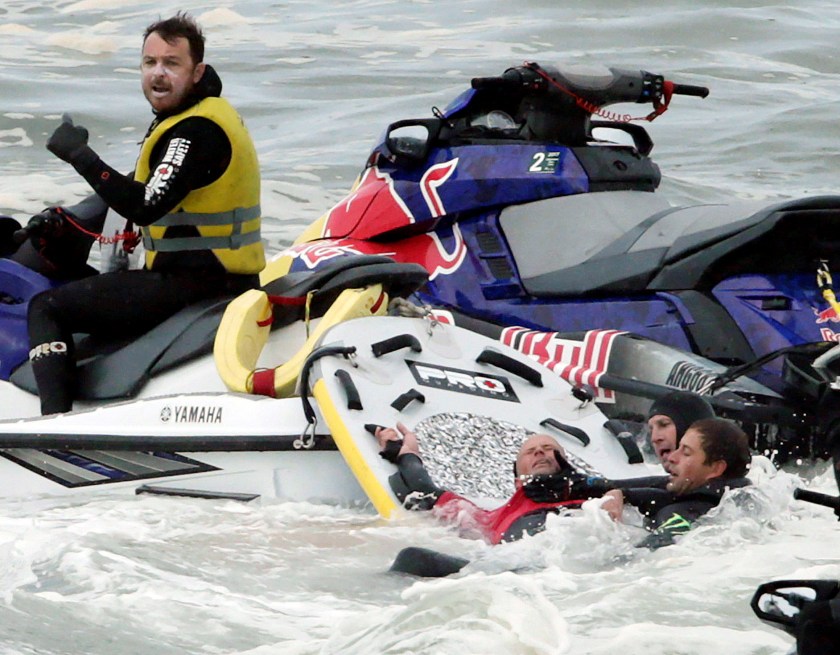 Rescue swimmers brace the neck of Australian surfer Justen Allport with their hands after he wiped out during competition at the Cape Fear surfing tournament off Sydney’s Cape Solander in Australia, June 6, 2016. (Reuters/Jason Reed)
REUTERS

At their biggest, waves at Cape Solander can break at higher than ten feet. Indeed, waves at this year’s contest topped at 15 feet. Surfers must come prepared with both knowledge and courage to handle them. Of sixteen surfers invited to the contest, 18-year-old Russell Bierek was the last competitor standing. Watch highlights from the 2016 Cape Fear surfing contest at the bottom. 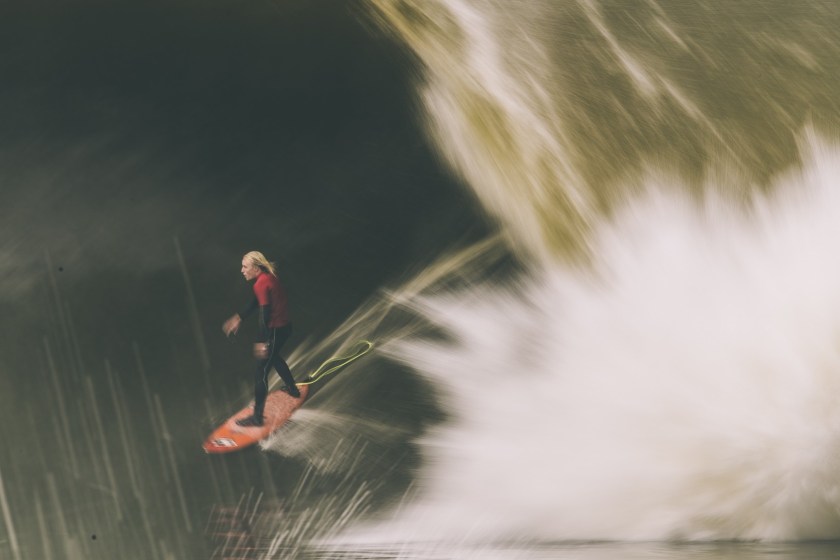 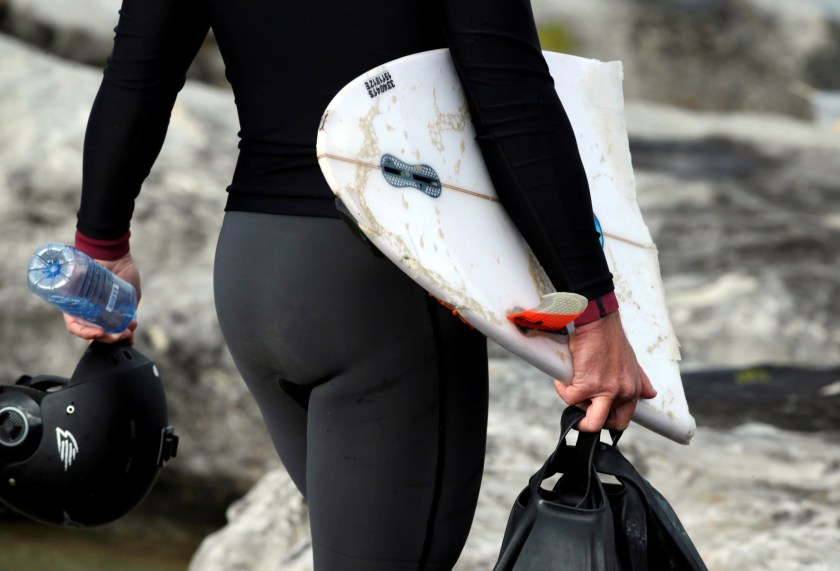 A surfer’s broken board is retrieved from the ocean during the Cape Fear surfing tournament in heavy seas off Sydney’s Cape Solander in Australia, June 6, 2016. (Reuters/Jason Reed)
REUTERS