Preparing Pandas in Captivity for Their New Life in the Wild

Zhang Hemin—“Papa Panda” to his staff—poses with cubs born in 2015 at Bifengxia Panda Base. “Some local people say giant pandas have magic powers,” says Zhang, who directs many of China’s panda conservation efforts. “To me, they simply represent beauty and peace.” (© Ami Vitale/National Geographic)
By Matthew Reitman 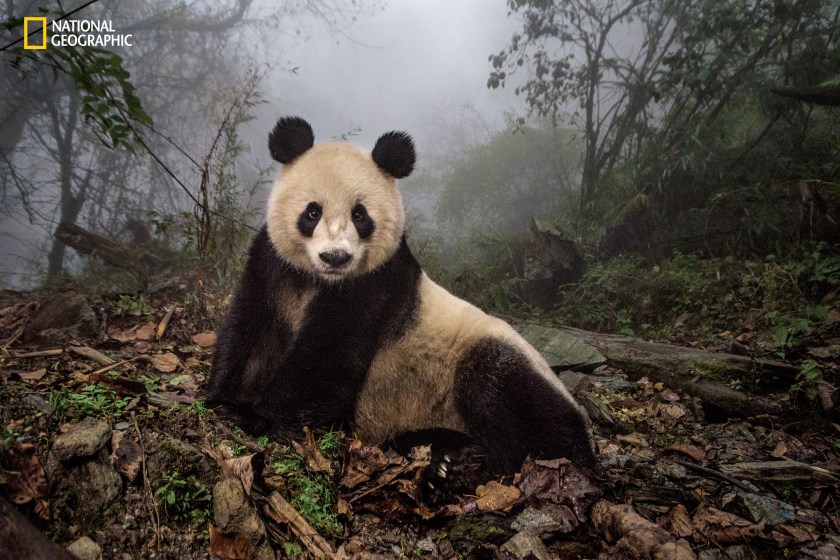 Ye Ye, a 16-year-old giant panda, lounges in a wild enclosure at a conservation center in Wolong Nature Reserve. Her name, whose characters represent Japan and China, celebrates the friendship between the two nations. Ye Ye’s cub Hua Yan (Pretty Girl) is being trained for release into the wild. (© Ami Vitale/National Geographic)
Ami Vitale

While giant pandas remain an endangered species, their population in captivity has bloomed. Over the last 25 years, an international effort has been led by the Chinese to save the species through breeding cooperatives with zoos and preserves. The giant panda has cultural significance and economic importance to the Chinese, who expect the conservation efforts to bring in millions of tourists (and Yuan). It’s one thing to have a large captive population, in which environmental factors are controlled; it’s another to see the giant panda flourish in number again in the wild. 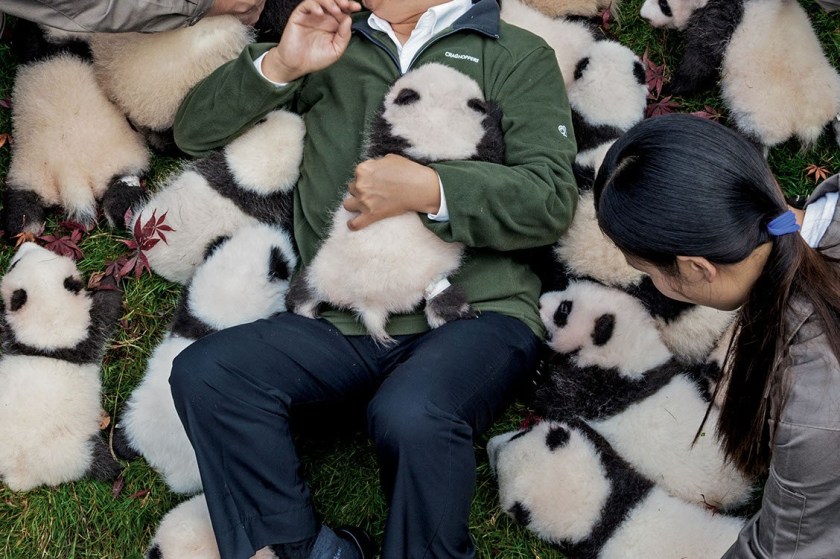 Zhang Hemin—’Papa Panda’ to his staff—poses with cubs born in 2015 at Bifengxia Panda Base. ‘Some local people say giant pandas have magic powers,’ says Zhang, who directs many of China’s panda conservation efforts. ‘To me, they simply represent beauty and peace.’ (© Ami Vitale/National Geographic)

However, the odds that giant panda populations in the wild will reach their original numbers are low, mostly due to deforestation. At the population’s height, wild giant pandas were spread across Vietnam, northern Myanmar, and southern and eastern China. Today, that area is down to about 1 percent of what it was once was—just a patchy mountainous region in China. Nevertheless, the China Conservation and Research Center will try to reverse the trend. Starting from conception, the giant pandas are groomed for release through an intimate and regulated process. Photographer Ami Vitale documented the routine for the August issue of National Geographic here. 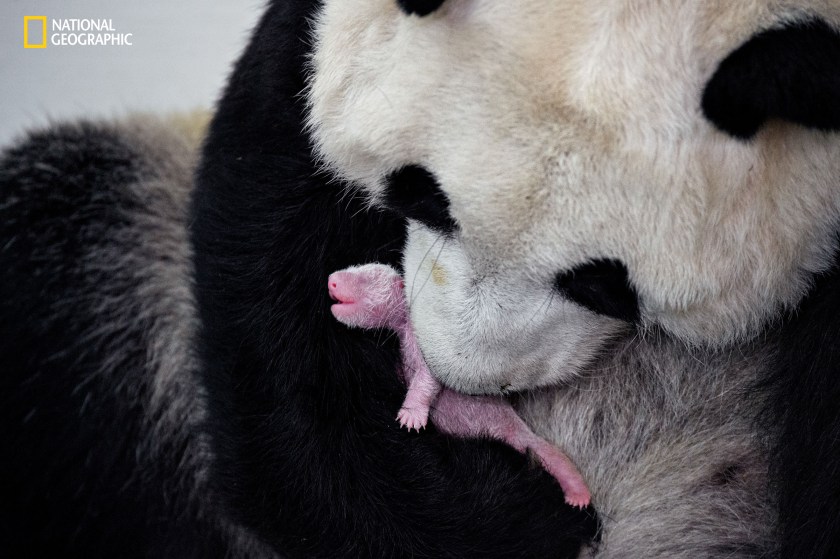 Blind, nearly hairless, squeaky, and 1/900 the size of its mother, a newborn panda is as needy as it gets. But it won’t be for long: The panda is among the fastest growing mammals, increasing from around four ounces to four pounds in its first month. (© Ami Vitale/National Geographic)
Ami Vitale 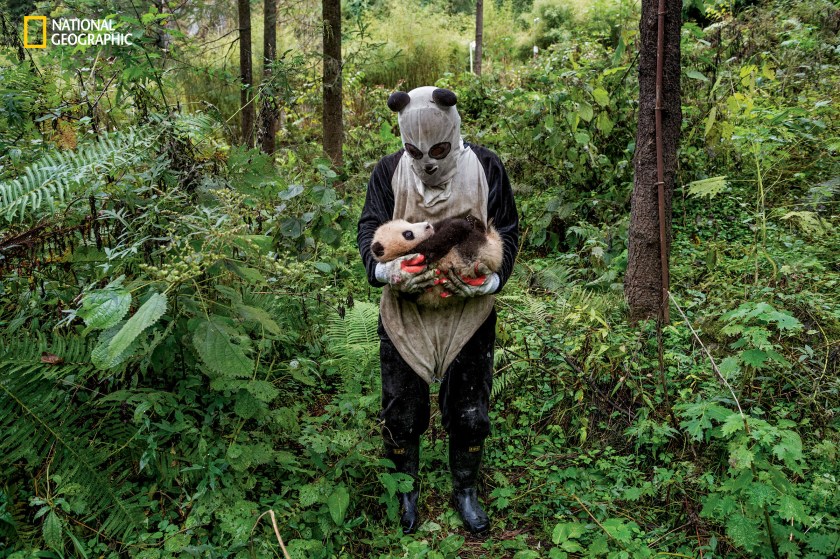 Is a panda cub fooled by a panda suit? That’s the hope at Wolong’s Hetaoping center, where captive-bred bears training for life in the wild are kept relatively sheltered from human contact, even during a rare hands-on checkup. (© Ami Vitale/National Geographic)
Ami Vitale 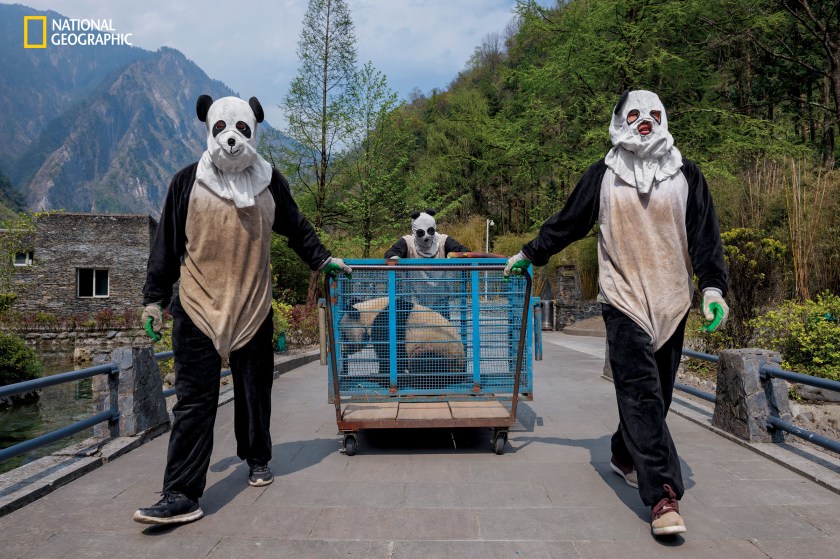 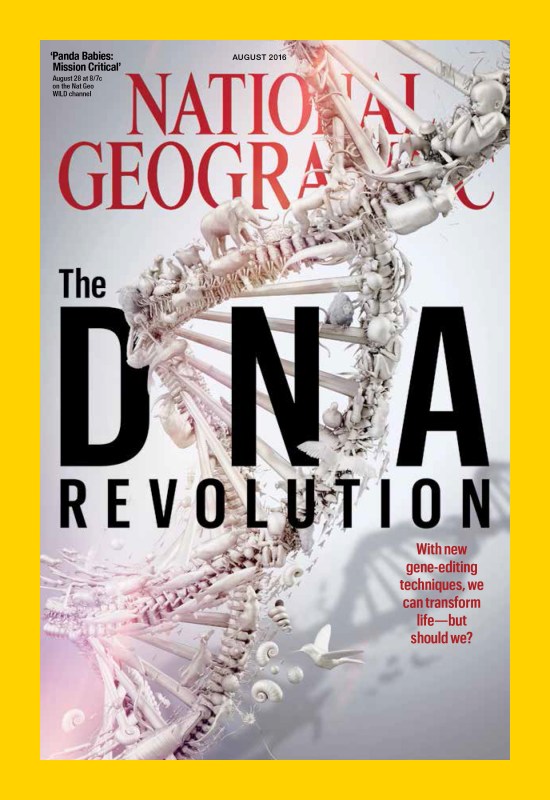