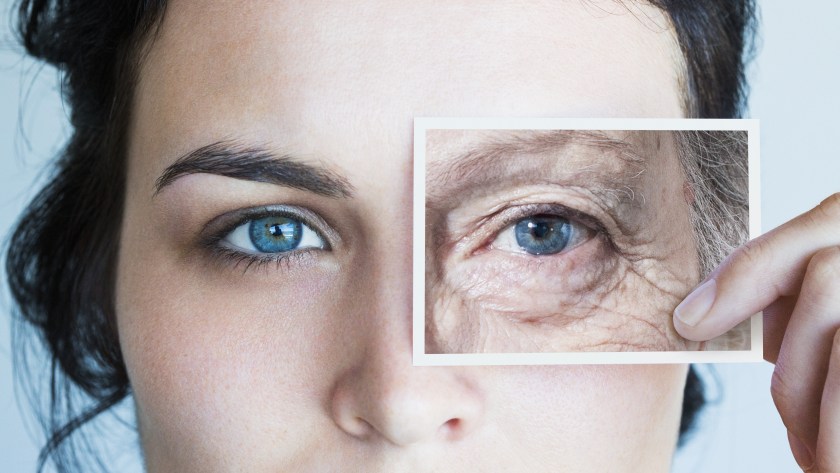 As author Peter Hoffman puts it on Nautilus:

“The inside of every cell in our body is like a crowded city, filled with tracks, transports, libraries, factories, power plants, and garbage disposal units. The city’s workers are protein machines, which metabolize food, take out the garbage, or repair DNA. Cargo is moved from one place to another by molecular machines that have been observed walking on two legs along protein tightropes. As these machines go about their business, they are surrounded by thousands of water molecules, which randomly crash into them a trillion times a second.”

The latter, Hoffman notes, “is violent thermal chaos.” In his book Life’s Ratchet, he was trying to figure out how we try to avoid this chaos in life. But what he didn’t realize was that he’d opened up a new school of thought into how we age. Read more here.

An Ode to the Airport Shower, an Underrated Travel Hack
Why Every Wine Lover Needs to Visit Portugal’s Douro Valley
The 10 Books You Should Be Reading This February
The Best Gold Watches for Men
Review: Therabody’s New Smart Wearable Is Our Go-To Relaxation Tool
The Best New Whiskeys to Drink This February
Courant’s Elevated Tech Accessories Are Now 20% Off
The 11 Best Splurge-Worthy Items to Gift for Valentine’s Day
Inside One of the World's Most Grueling Endurance Races