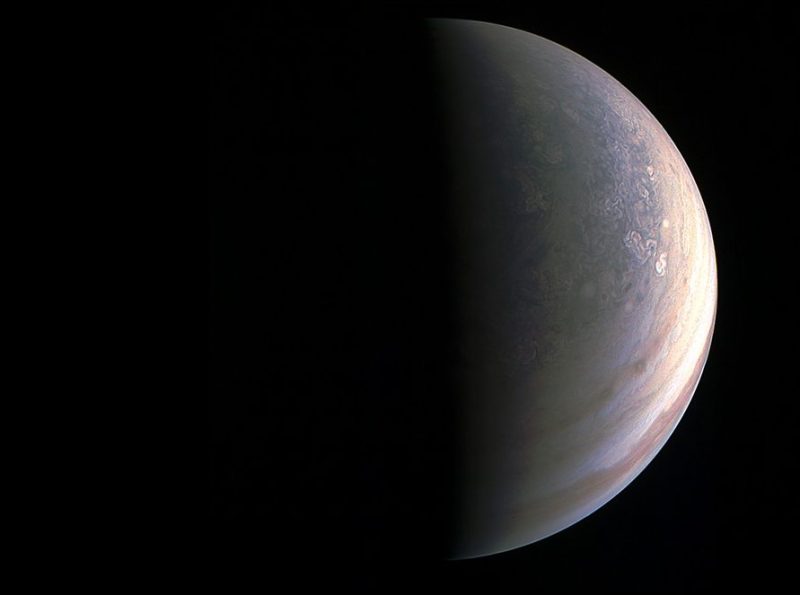 Jupiter’s north pole has been photographed for the first time, courtesy of NASA’s Juno spacecraft.

Juno completed the first of its 36 scheduled photographic missions on August 27, and sent six megabytes of data back to NASA; due to the distance, this transmission took one-and-a-half days. NASA is more than satisfied with the results, however, as a few remarkable discoveries have already been made.

Jupiter’s storm systems and weather activity differ from every other gas-giant planets in our solar system. Unlike its neighbor Saturn, no hexagon is present at Jupiter’s north pole. Scott Bolton, Juno’s principal investigator from the Southwest Research Institute in San Antonio, says that the images are “like nothing we have seen or imagined before.” 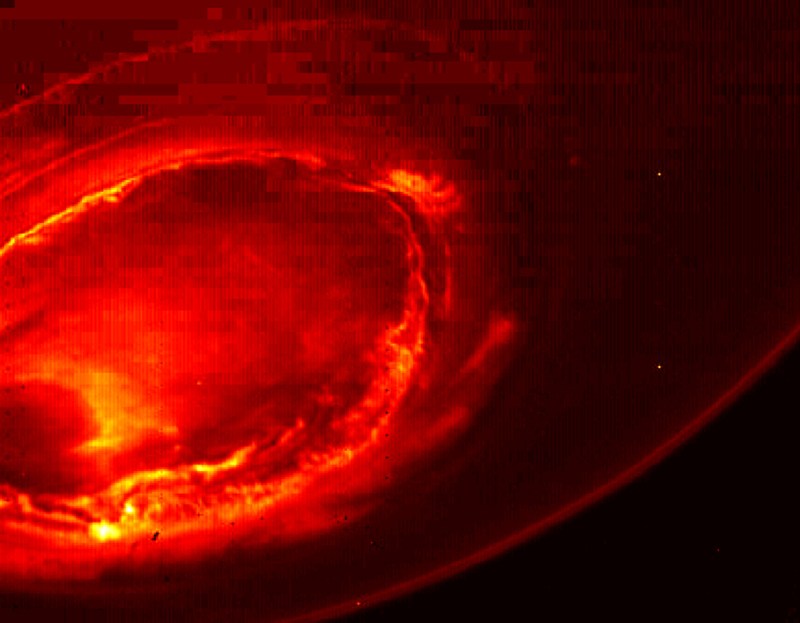 In addition to those photos, Juno also sent back infrared close-ups of Jupiter’s surface and radio transmissions generated from the auroras at the planet’s north pole. They are the strongest such transmissions in our solar system, and while NASA has known about them since the 1950s, they’ve never been analyzed in this much detail until now.

Data from this mission is still being processed, and with 36 missions left to go, many of Jupiter’s mysteries could be revealed for the first time. To read more about NASA’s Jupiter discoveries, click here. Take a closer look at the North Pole in the video below.