Scientists have been looking at whether time slows down during a life-threatening trauma.

There is an adage that time slows down “during a life-threatening situation (such as a car accident).” Researchers in Texas ran some tests to see whether people’s minds actually function that way.

Now, a German car manufacturer is giving us the chance to test that for ourselves, should we happen to be in one of their best-selling vehicles when it crashes.

For a year now, Mercedes has been adding something a bit more startling to the sensing-and-computing apparatus in its E series automobiles. The company explains, “If an impending collision is detected that would be expected to produce a loud crash, the vehicle’s sound system plays a short interference signal. This causes the stapedius muscle in the ears to contract, which for a split second changes the link between the eardrum and the inner ear and so better protects it against high acoustic pressures.”

Mercedes’ stated intent is to keep riders from going deaf from the loud “bang!” of the crash and of the protective airbag that will explode into their faces. (Medical research near the turn of the century examined, and mostly calmed, the worry that airbag deployment by itself causes hearing injuries.)

An instant before the collision, the car emits an 80-decibel burst of “pink noise.” Pink noise is similar to white noise (which is known to some people as “the sound of static on an old radio”) — a random conglomeration of lots of frequencies, but smooshed in a way that gives more oomph to the deeper sounds.

If you’re in a crash in a Mercedes E series car, and you survive in good condition, ask yourself: did you distinctly hear a quick bit of pink noise just before you heard the smash? If you heard it, maybe time did slow down for you. Maybe.

The test of whether time slows down for us, mentally, was done by Chess Stetson of Caltech, Matthew P. Fiesta of The University of Texas Medical School at Houston, and David M. Eagleman of Baylor College of Medicine a decade ago.

They had volunteers wear a special wristwatch-like device that flashed images at very rapid intervals — too rapid to perceive all of the images. Each volunteer, wrist wrapped with the flashy gadget, was then winched 46 meters into the air, to the top of a platform. Ultimately, the volunteer was dropped into a net. 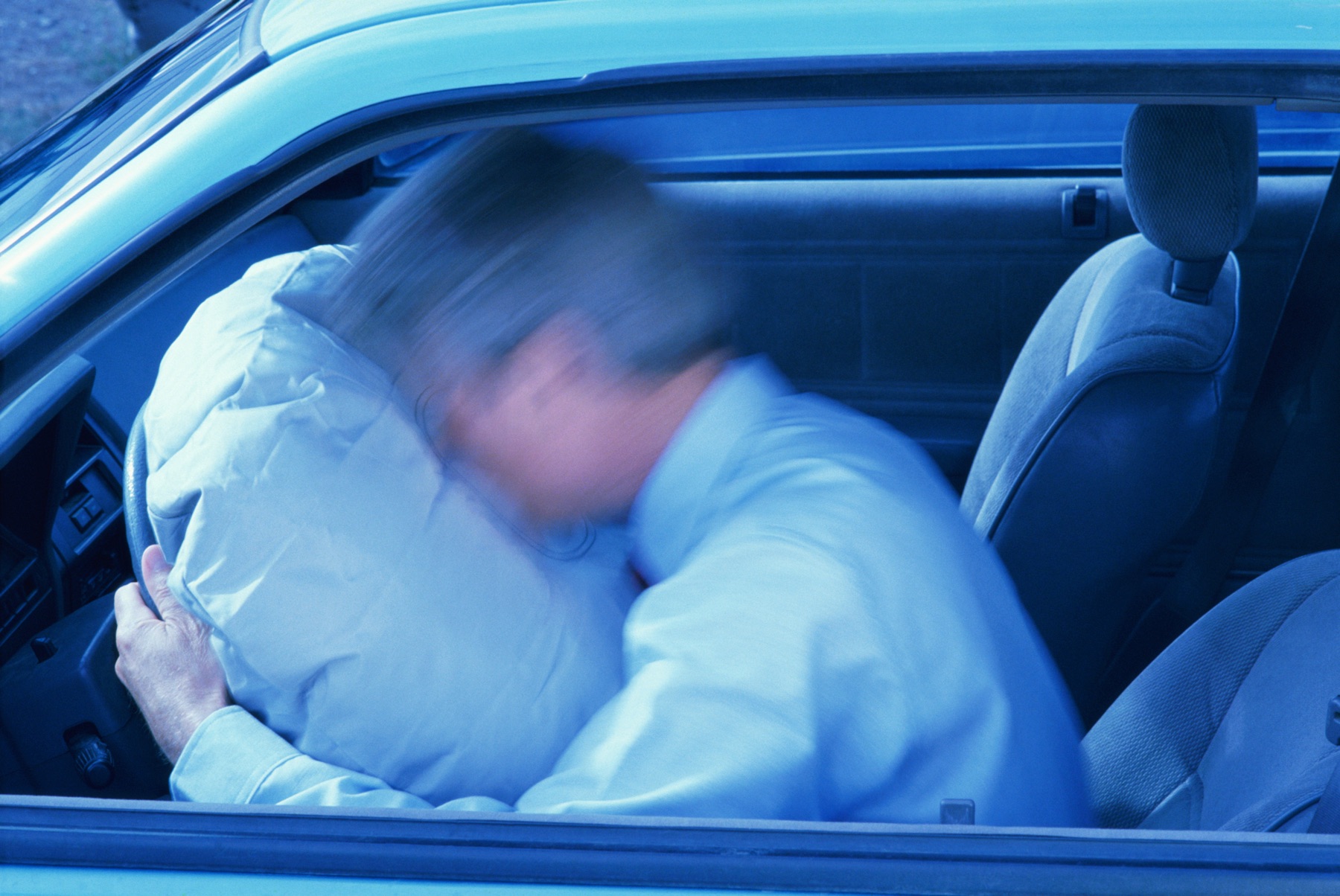 Having been instructed to closely watch the flashing images, the volunteer was later interrogated as to exactly which images they saw during the plunge. If time really had slowed down for them, they would have seen more images while falling than they saw while merely standing on the ground for the same amount of actual clock time. Alas, they saw nothing extra, nothing special, while plummeting. Time neither slowed nor sped.

Stetson, Fiesta, and Eagleman concluded that time does not seem to slow down — that, rather, people pay extra attention while they are having an intense experience, and having paid more attention, subsequently remember more detail.

They published their study, called “Does Time Really Slow Down during a Frightening Event?”, in the journal PLoS ONE in 2007.

Stetson, Fiesta, and Eagleman’s paper includes one cute detail, a reminder that researchers themselves must pay close attention, if they want to get trustworthy results.

“One of the two experimenters remained on the platform to monitor for eye closure. One participant who closed her eyes for the entire free fall was excluded from the study; all others kept their eyes open during at least part of the freefall.”

That 2007 experiment dealt only with vision. The question of what happens with hearing is, at least slightly, still up in the air.