Meet the Ancestor of All Living Things

Photograph of the top of a black smoker chimney on the south-eastern edge of the iguanas vent field, taken during the 2005 Galapagos Expedition. Galapagos Islands. Dated 2005. (Photo by: Universal History Archive/UIG via Getty Images)
By Matthew Reitman 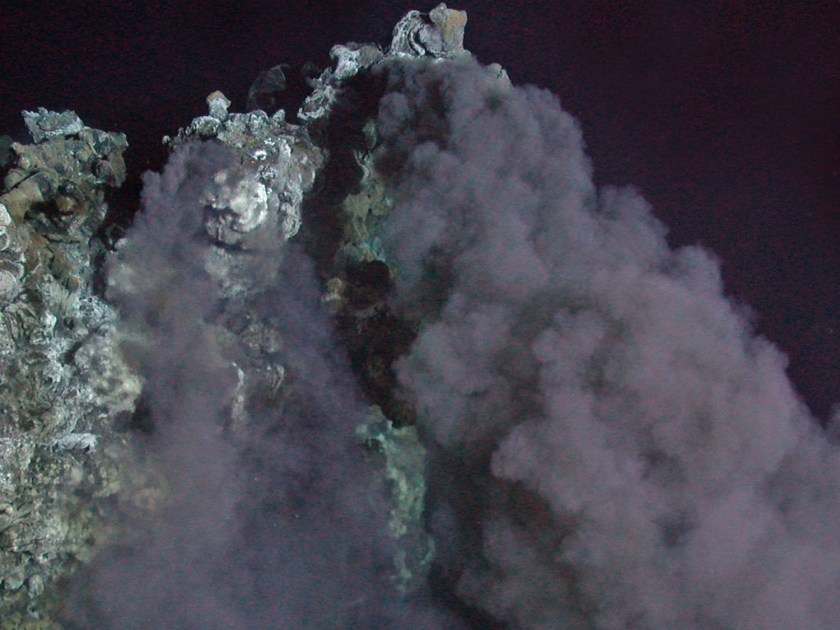 Scientists have recently confirmed to a near-certain degree the long-held theory that the origins of life began in the plumes of gases bubbling up in hydrothermal vents from underneath the Earth’s surface. Ironically, this wasn’t what researchers were specifically looking for when they made the discovery. They were seeking the last universal common ancestor (LUCA), often referred to as the microbial Eve, when they came across these crucial findings. While researchers haven’t identified the exact species that could be LUCA and may never be able to do so, they did notice several hundred shared genomes from today’s microbes with an organism that lived in an environment without oxygen and fed off high concentrations of hydrogen gas (an environment that amounts to hydrothermal vents).

The new study underscores the importance of ongoing research at places like NASA’s Jet Propulsion laboratory, where scientists work to recreate the environment in which LUCA first emerged. In essence, they are attempting to recreate evolution. Nautilus’ Nathaniel Comfort followed scientists are they aimed to make a miniature version of the primeval ocean that likely began life four billion years ago. Here’s Comfort on his observation of the model with NASA researcher Laurie Barge:

“As Barge and I watched the experiment, the iron-sulfide chimneys began to form elaborate structures. The rising fluid built its own exhaust pipe. A bit of crystal blocked the flow; the fluid found a new path as it rose; the structure branched. The result was startlingly plant-like. Premodern alchemists made similar ‘chymical gardens,’ and a nearly forgotten 19th-century biologist named Stéphane Leduc believed that these organic forms reflected the principles of biological growth. ‘The chain of life,’ Leduc said, is ‘a continuous one, from the mineral at one end to the most complicated organism at the other.’”

To get a better understanding of the experiments, read about it here, or watch the video below.