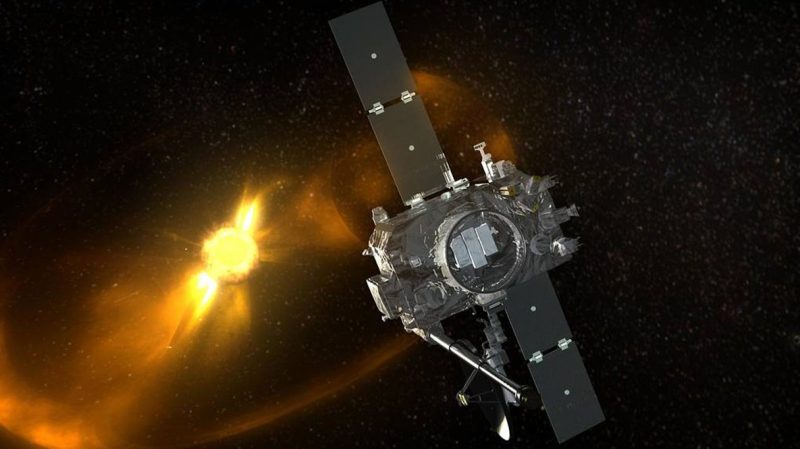 NASA just heard back from a spacecraft that has been silent for nearly two years.

More specifically, one of NASA’s Solar Terrestrial Relations Observatories has reestablished communication with the antennae system that picks up radio signals from NASA missions. The solar observatory spacecraft is split into two probes—STEREO-A and STEREO-B—whose job is to observe solar phenomena and send back data that helps scientists predict with greater accuracy things like coronal mass ejections, which can disable electrical grids and satellites. It’s not a mission that gets much press, but solar observation is vitally important work that NASA is doing on our behalf.

STEREO-B captured this view of an erupting coronal mass ejection on July 23, 2012. (NASA/STEREO)

The two probes were launched 10 years ago, in 2006, and STEREO-B disappeared following an adverse reaction to a hard reset that didn’t affect STEREO-A at all. For the past 22 months, STEREO-B has been adrift in space, with no way to receive course correction or change trajectory. All the STEREO team could do was send signals out into the great beyond and hope that STEREO-B found a position to charge its solar panels. Their hopes had some precedent—the Solar and Heliospheric Observatory (or SOHO) had been recovered after veering off course back in 1998—but it was still a longshot.

After months of periodic check-ins, STEREO-B’s signal reactivated on Sunday, August 21. Whether or not it can continue its mission has yet to be determined, but there is hope that it can; SOHO sends back plenty of useful weather data after a similar ordeal. Meanwhile, STEREO-A is still functioning normally.

Read more about the STEREO Project at the Stereo Science Center’s website.