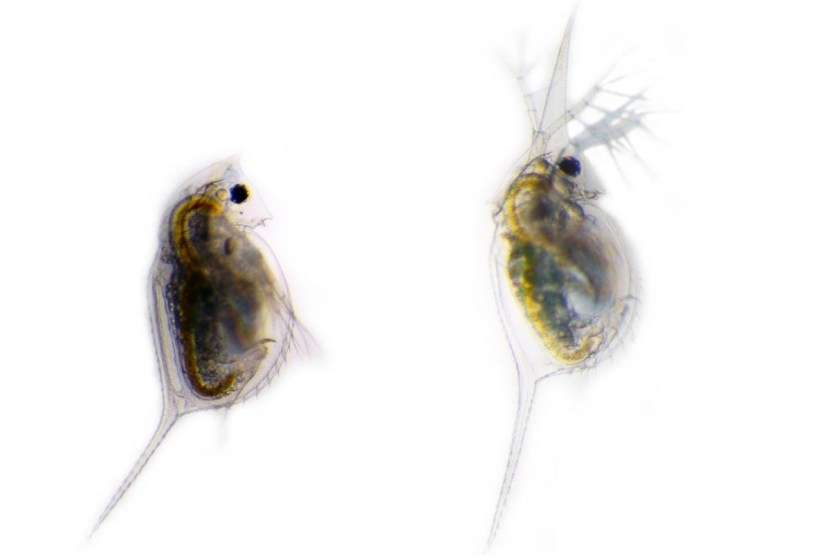 The undefended Daphnia lumholtzi (left) is compared with the defended phenotype (right). This defended phenotype has remarkably elongated head- and tail-spines in response to chemical cues from the three-spined stickleback Gasterosteus aculeatus. (Dr. Linda Weiss)

Over the years potential prey have evolved various defense mechanisms, from camouflage to simply hiding underground, that allow them to survive. It’s only when scientists carefully study these animals that we are able to understand the full extent of their survival tactics. A recent study conducted at Ruhr-University Bochum in Germany discovered that the water flea’s defense mechanism is armor. Specifically, helmets and spikes that grow in response to chemical cues (predominantly dopamine) when predators are close. The fleas can even tailor their defenses to the type of threat present. 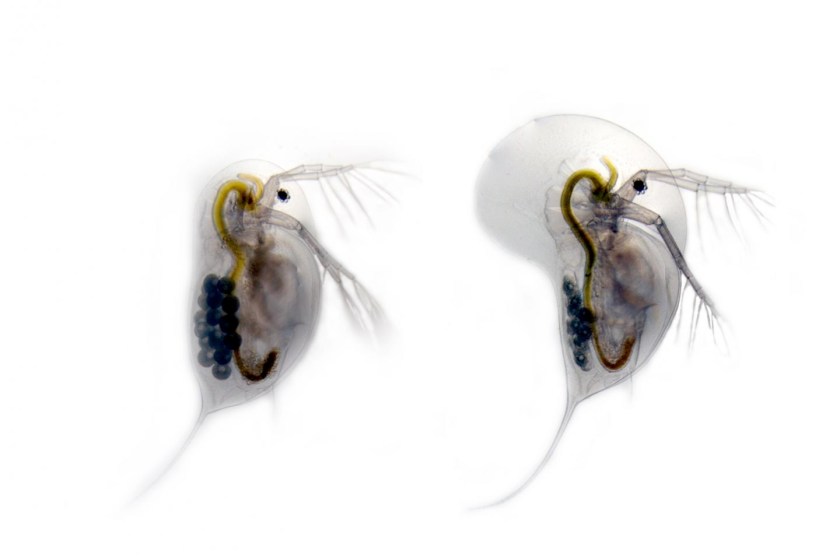 The undefended Daphnia longicephala (left) is compared with the defended phenotype (right). This defended phenotype has a large crest as well as elongated tail spines in response to chemical cues from the Notonecta glauca of the backswimmer family of aquatic insects. (Dr. Linda Weiss)

Dr. Linda Weiss, who conducted the study, explains how they are able to do this:

“As they grow up and moult, juvenile Daphnia can develop formidable ‘armor’, including helmets, spines or crests, when they detect specific chemical cues in the water left by predators such as fish, phantom midge larvae and backswimmers. These defenses are speculated to act like an anti-lock key system, which means that they somehow interfere with the predator’s feeding apparatus. Many freshwater fish can only eat small prey so, for example, Daphnia lumholtzi grows head and tail spines to make eating them more difficult.”

Dr. Weiss’ team was able to identify specific neurotransmitters that translate what type of predator is incoming into hormonal responses, which then help the flea grow appropriate armor. To read more on her study, click here. Interested in more bizarre defense mechanisms? Watch this video below.