Endangered Animals From Each of the 50 States

A gallery of threatened species that can be found across the entire country.

People rescued from their flooded apartment building are loaded into a truck that will transport them to an evacuation center in Houston, Texas. (Robert Gauthier/Los Angeles Times via Getty Images)
Los Angeles Times
By Chase Hill

When you think of endangered animals, species found far inside a tropical rain forest or deep below the ocean’s surface might to spring to mind. However, each state in the U.S. is also home to its own unique animal at risk of going extinct.

To increase awareness of these at-risk species, NetCredit posted a blog with images they created of these unique animals. Below is a selection from across the United States that sit on the endangered species list. 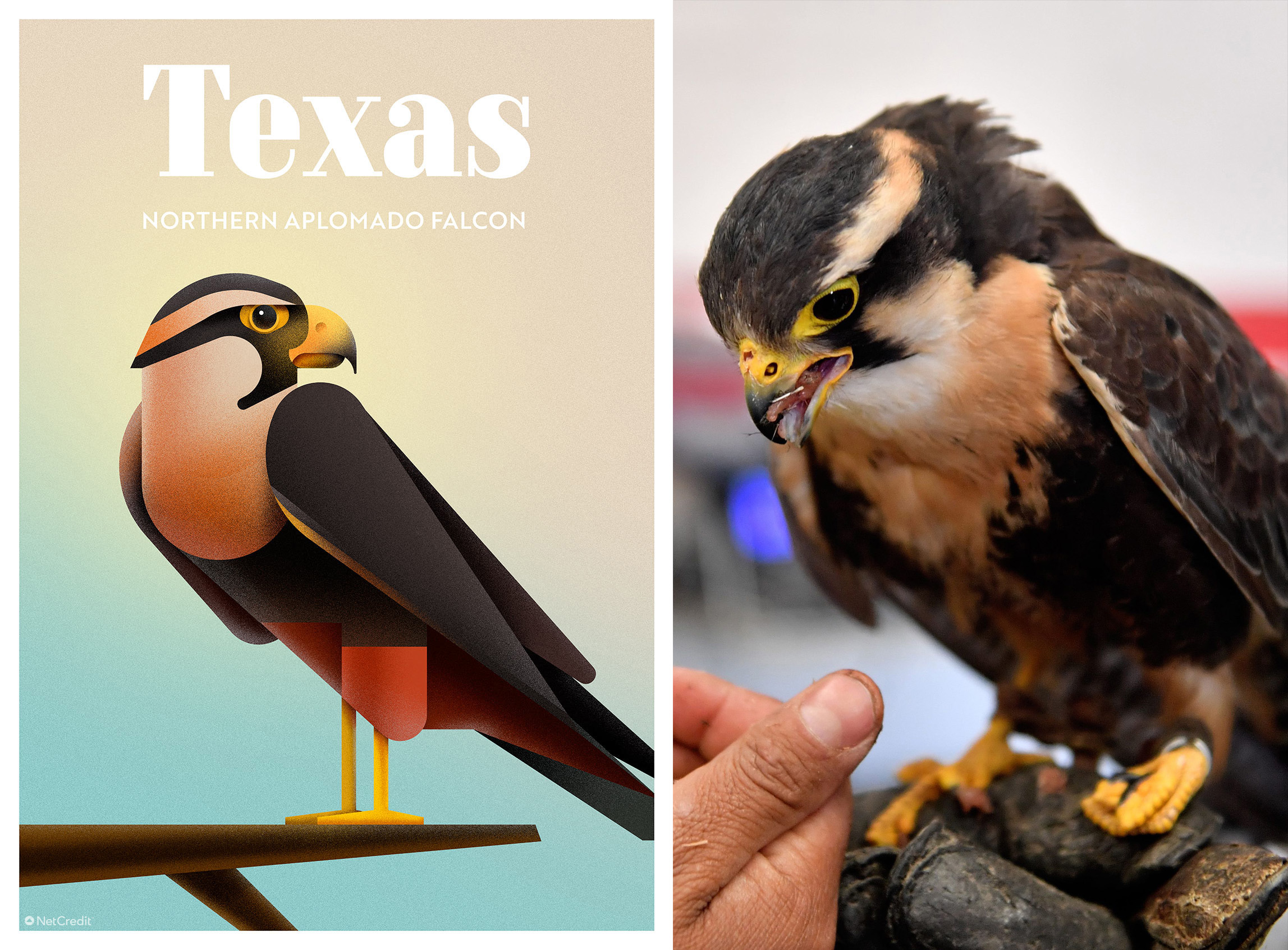 The northern aplomado falcon pairs up with a mate for life and then they hunt together to find and eat prey. In the late ’80s the bird was put on the Federal endangered species list. Since then, the falcons have only seen a meager increase in their numbers, despite successful efforts throughout the decades to reintroduce birds bred in captivity into the wild. 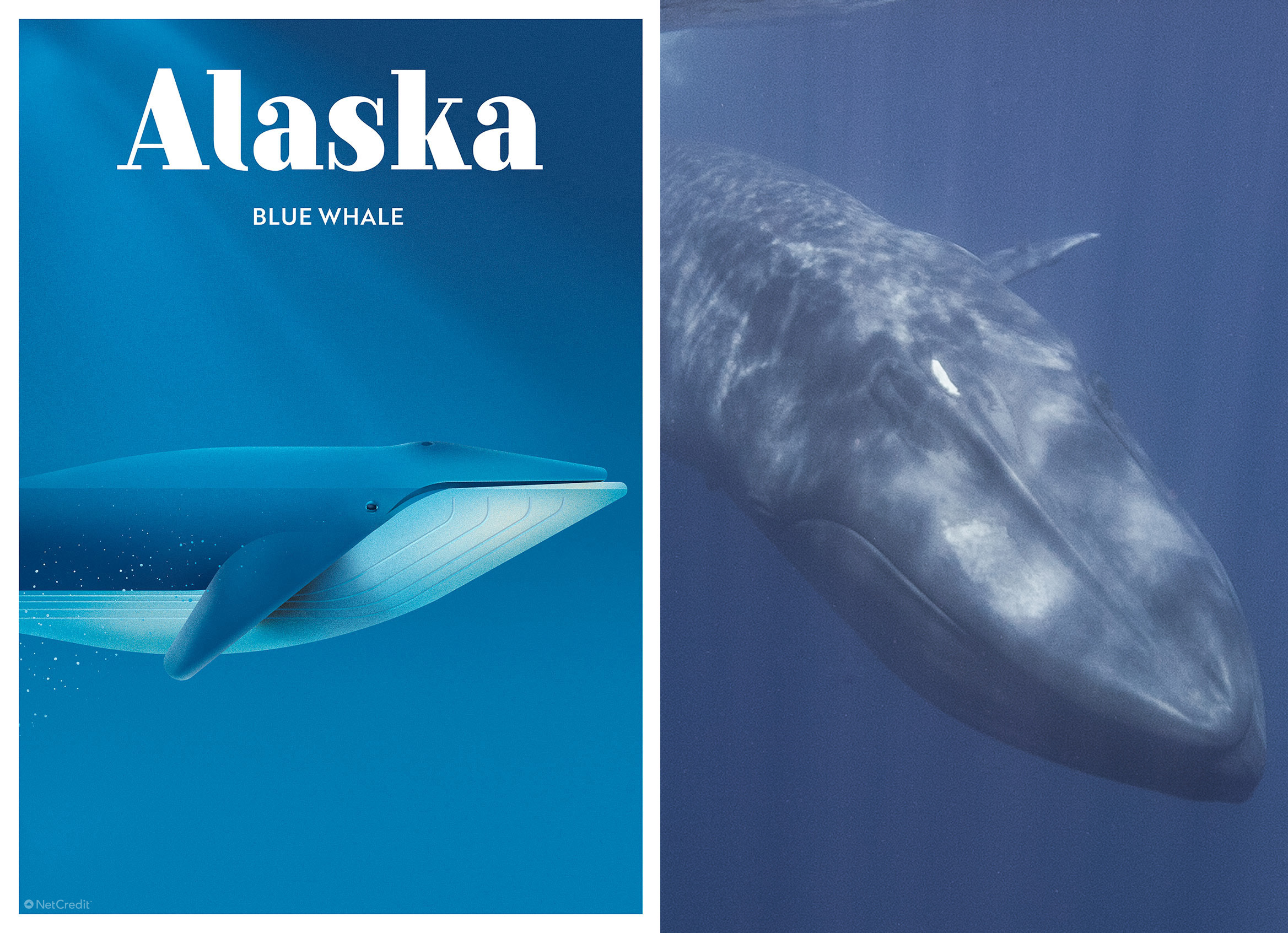 Only about 25,000 blue whales remain gracefully gliding through our oceans. Thanks to commercial whaling in the 19th and 20th centuries, the largest mammal species on Earth nearly died out. In 1966, the blue whale became protected from commercial whaling, but that hasn’t stopped the illegal market from taking chunks out the whale’s numbers. 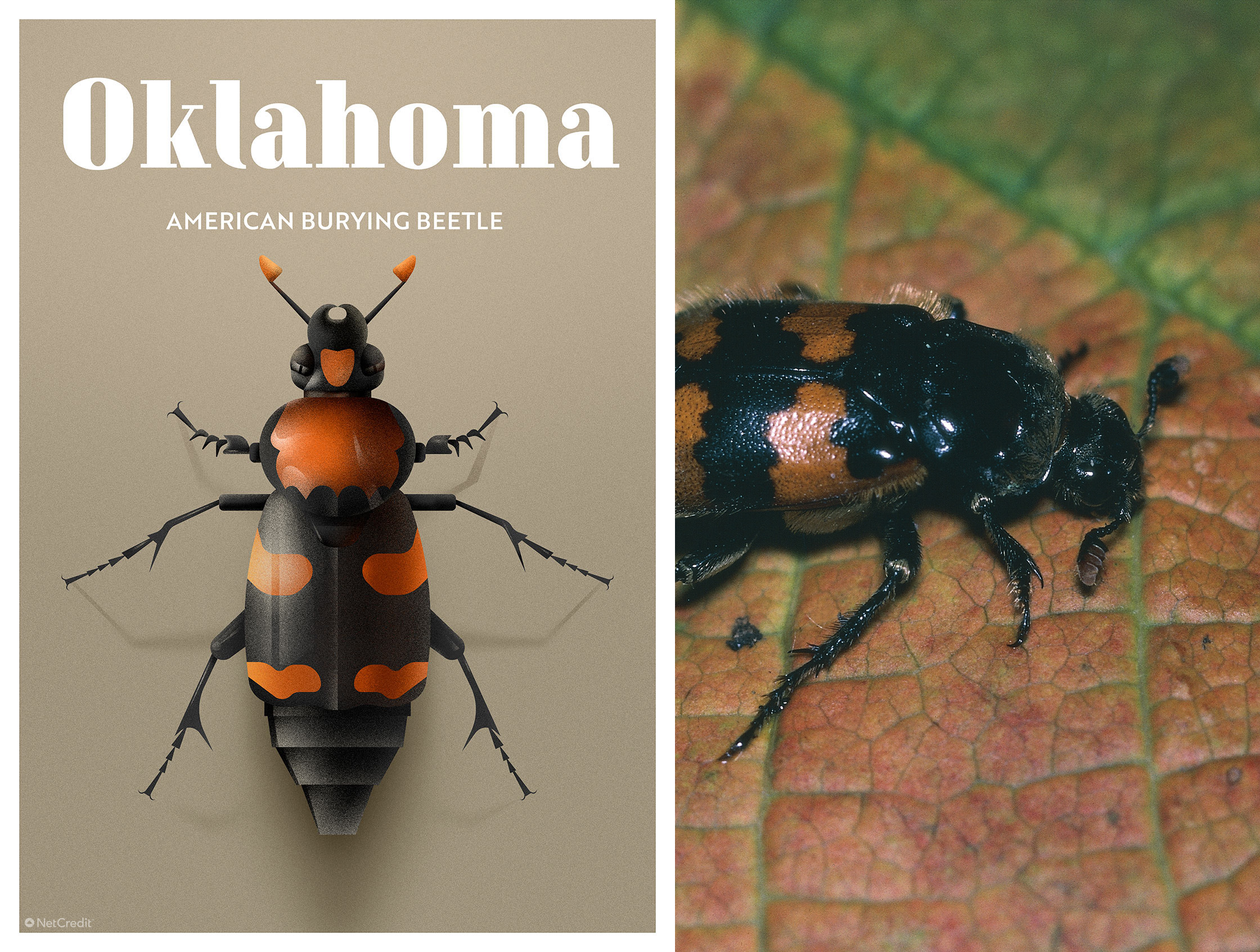 The burying beetle burrows into rotting animal carcasses, mates, and then raises its young in the dead animal. Pesticides and habitat loss are the main reasons why the insect has nearly disappeared from the almost 35 states it once burrowed into. At one point, just a single population of the beetle was known to remain. Now however, thanks to placement on the endangered species list in 1989, six different native and introduced populations survive in the wild. 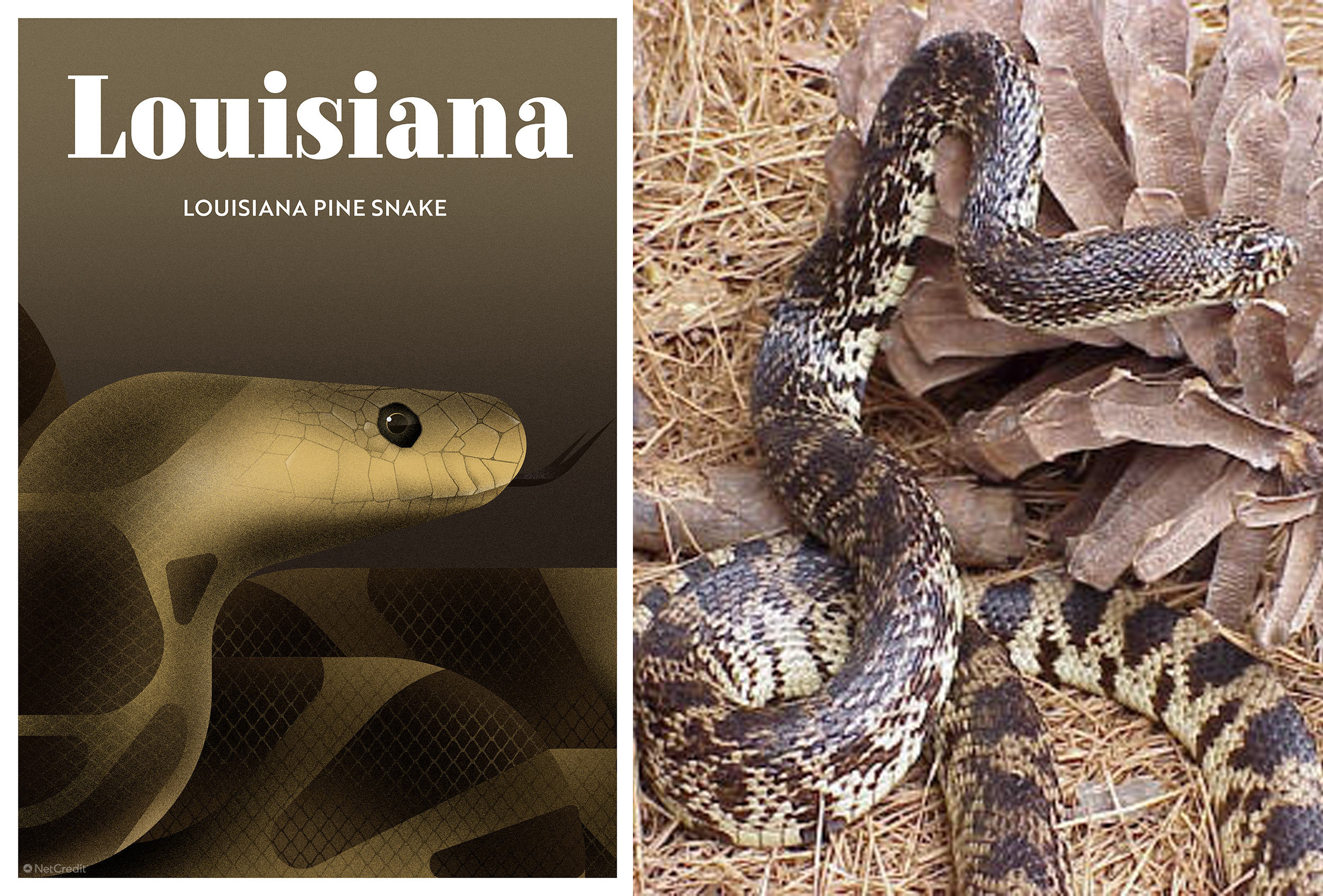 The Louisiana pine snake is a trickster—when provoked, it might flatten its head and hiss loudly as it “rattles” its tail like a rattler. Because of both deforestation of its native home, the longleaf pine tree, and intrusion into its habitat by roads and highways, the Louisiana pine snake is not only listed as federally threatened but internationally endangered as well. Luckily, efforts to increase the population have been successful, thanks in part to timber companies planting longleaf pines as replacement trees instead of loblollies. 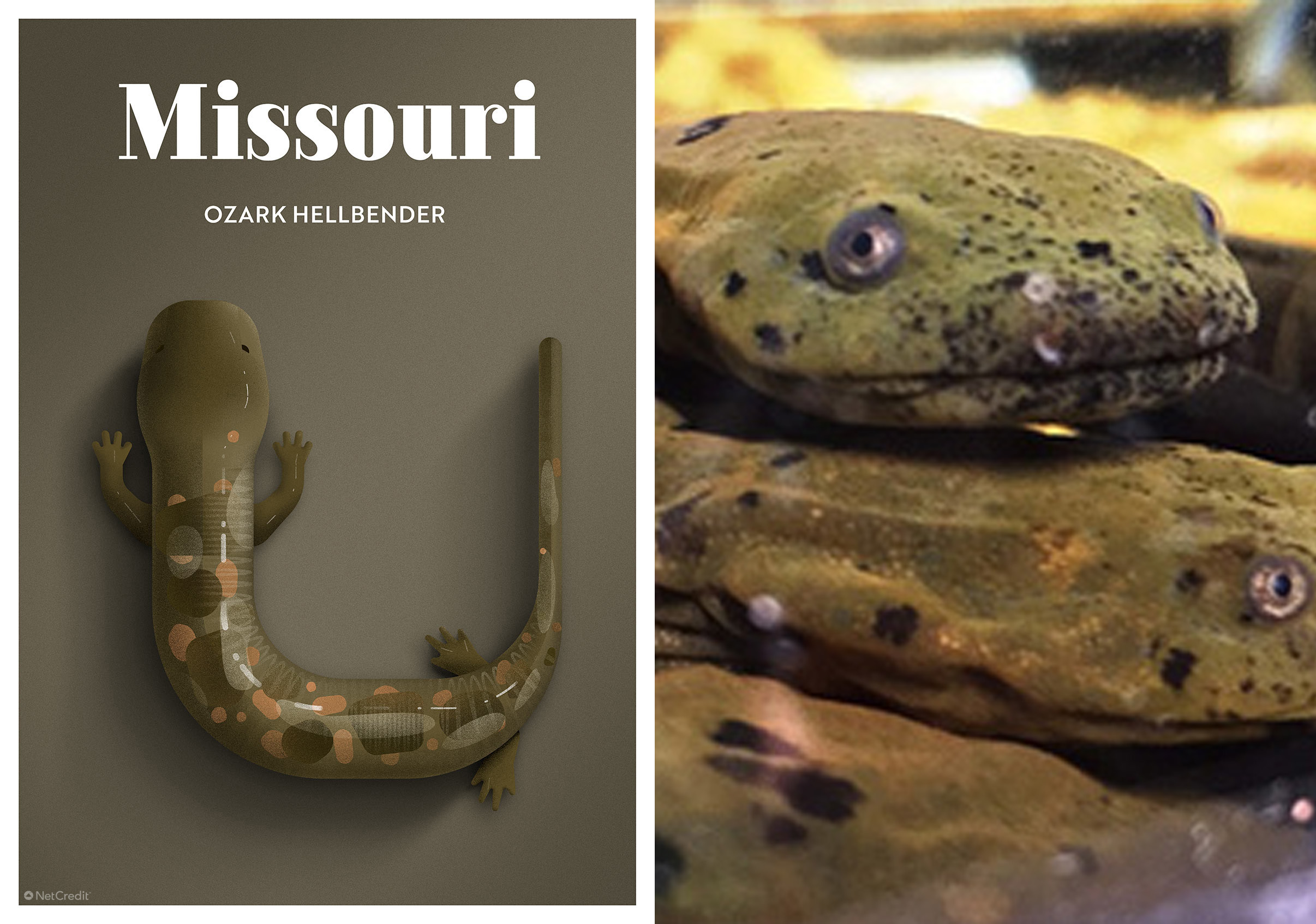 As of 2012, there were only 600 Ozark hellbenders left in the wild. But at one time, over 8,000 of these unique salamanders climbed and slithered around northern Arkansas and southern Missouri. Listed as endangered in 2011, the St. Louis Zoo has been able to successfully breed and reintroduce 185 of the species to the wild so far. 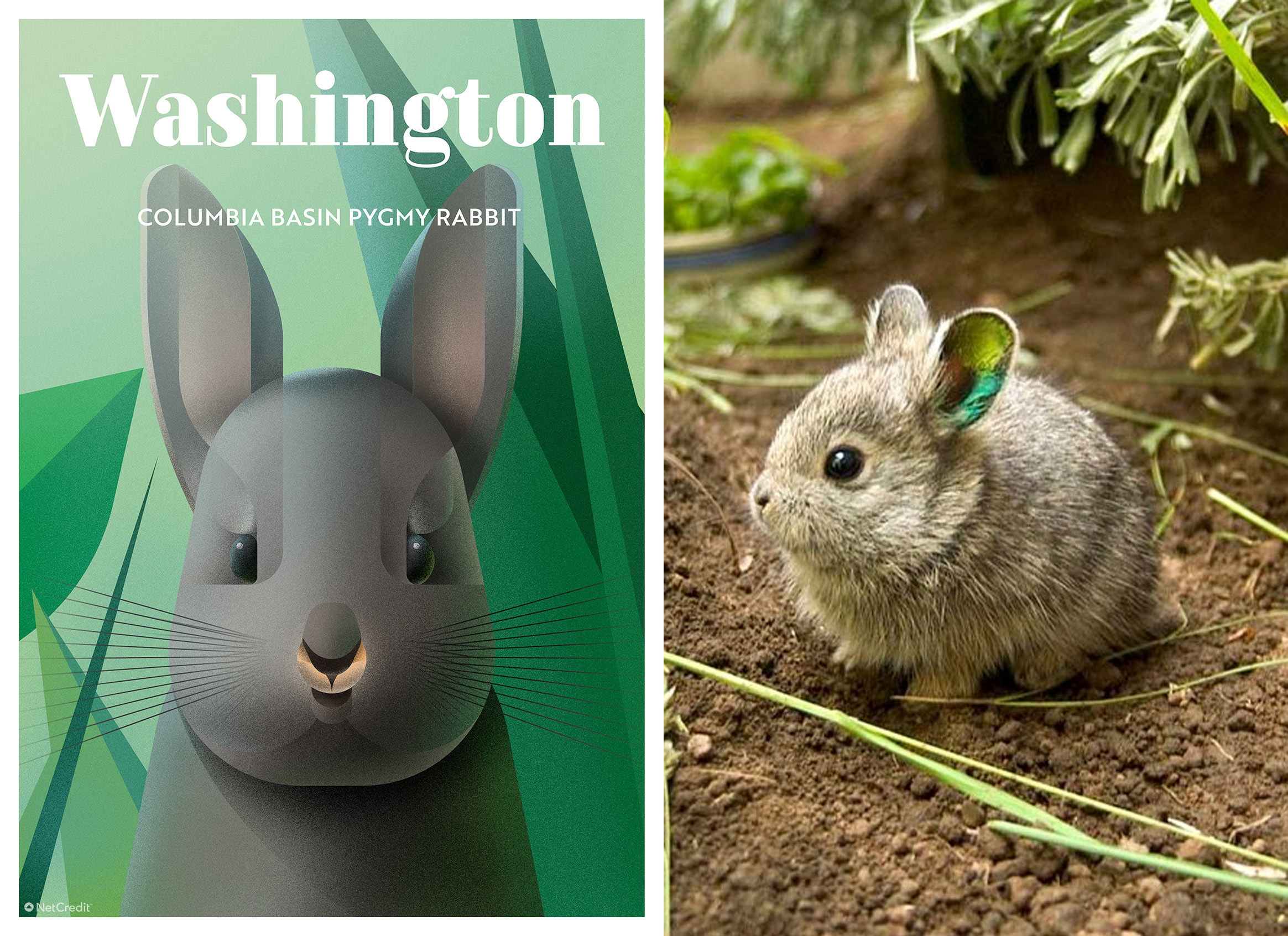 The Columbia basin pygmy rabbit had all but vanished when it was listed as endangered in 2001—only 50 of the species were thought to remain. Due to expansion of agriculture throughout their habitat, the rabbit had nearly gone extinct. Thanks to efforts by the Oregon Zoo, however, the rabbit has made a moderate comeback, and the zoo has now bred and released more than 50 bunnies onto protected lands. 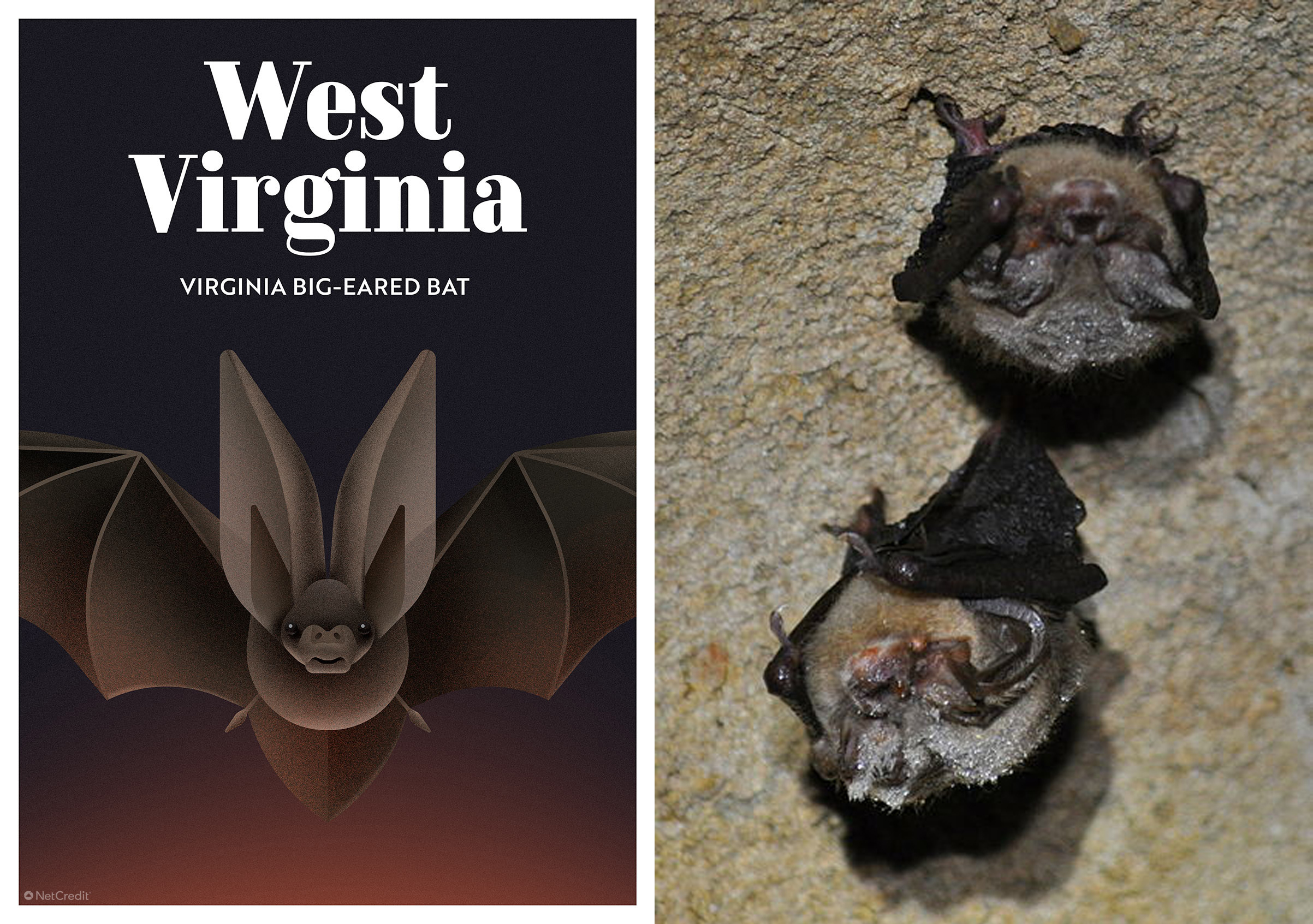 The Virginia big-eared bat has been listed as endangered since 1979. The mammal’s numbers had greatly decreased due to human intrusion, as the bats are easily disturbed by our presence and, when provoked or scared, they will abandon the safety of their caves, leaving their young alone to die. With only roughly 200,000 bats left in the wild, it’s important that humans steer clear of their native habitat caves when hiking or exploring the forests of the mid-Atlantic region. 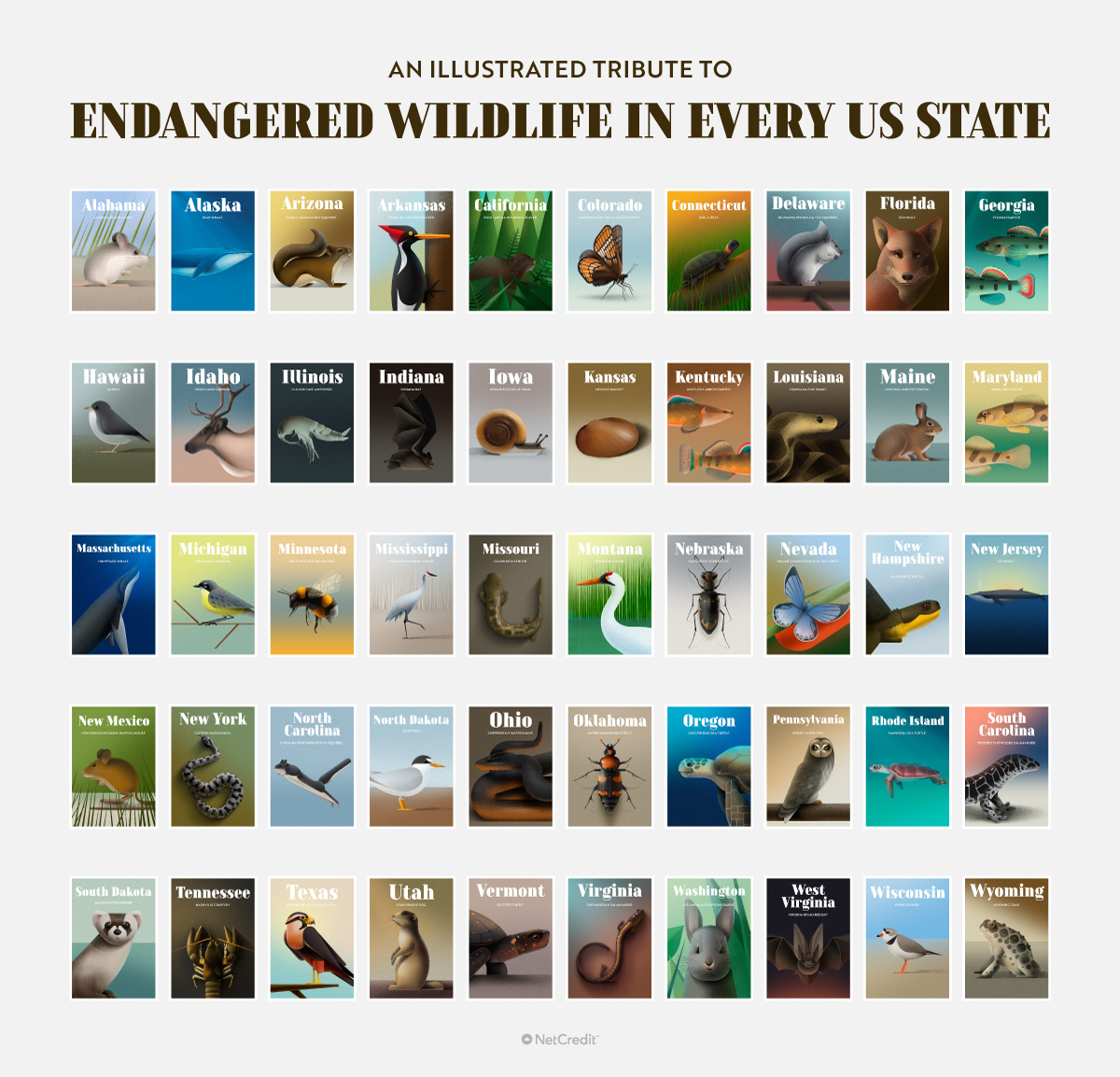 Endangered wildlife from each of the 50 United States. Each state is home to one or more unique animals at risk for extinction. Several fish, snake, and bird species right here in the United States have made their way to the endangered species list. (Photo credit: NetCredit) 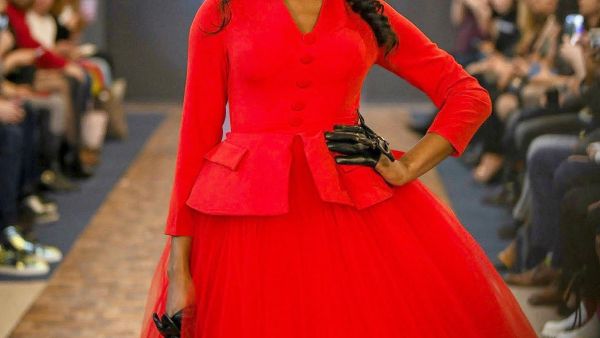 Check out each of the 50 states’ endangered animal illustrations here.