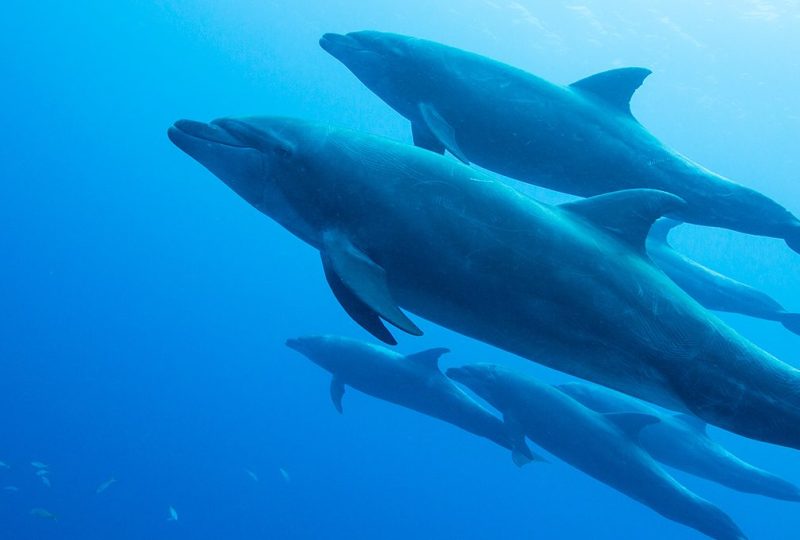 Dolphin recordings are nothing new, and we have a general sense of how they communicate, but researchers at the Karadag Nature Reserve have recorded two dolphins actually having a conversation with each other. 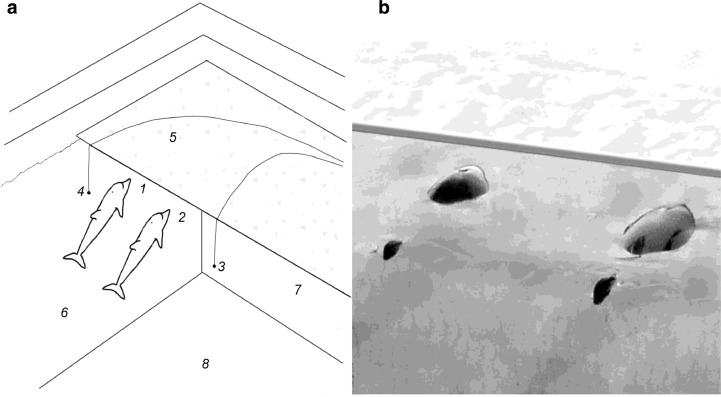 Configuration of the experiment (a) and photograph of the quasi-stationary position of the dolphins during the recording of sounds (Vyacheslav A. Ryabov/Physics and Mathematics)

The discovery came after researchers developed a new underwater microphone that could discern individual undersea animal voices. The microphone was tested on two Black Sea bottlenose dolphins, who engaged in a conversation by varying the volume and pitch of their clicks (an observed method of communication for dolphins) to form not just words, but sentences as well.

Lead researcher Dr. Vyacheslav Ryabov explains that “each pulse that is produced by dolphins is different from another by its appearance … and by the set of spectral components,” adding that “we can assume that each pulse represents a phoneme or a word of the dolphin’s spoken language.” While the exact content of the dolphins’ speech is still unknown at this time, it’s clear that they were forming sentences from individual words. 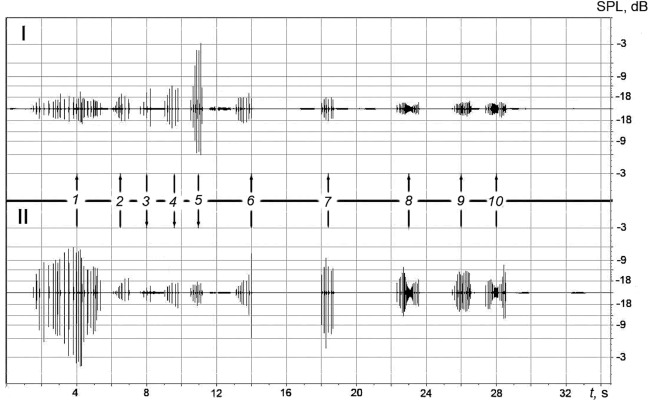 Example of the recordings displaying the sequence of the NP packs produced by the dolphins (Vyacheslav A. Ryabov/Physics and Mathematics)

This is an unprecedented discovery that sheds new light on the complexities of dolphins’ brains and social interactions, and Dr. Ryabov remarked that “this exchange resembles a conversation between two people.”

Dr. Ryabov and his team published their findings in Mathematics and Physics.