Aaron Rodgers will apparently have a cameo in this Sunday's "Game of Thrones." (Tom Pennington/ Getty)
By Sean Cunningham 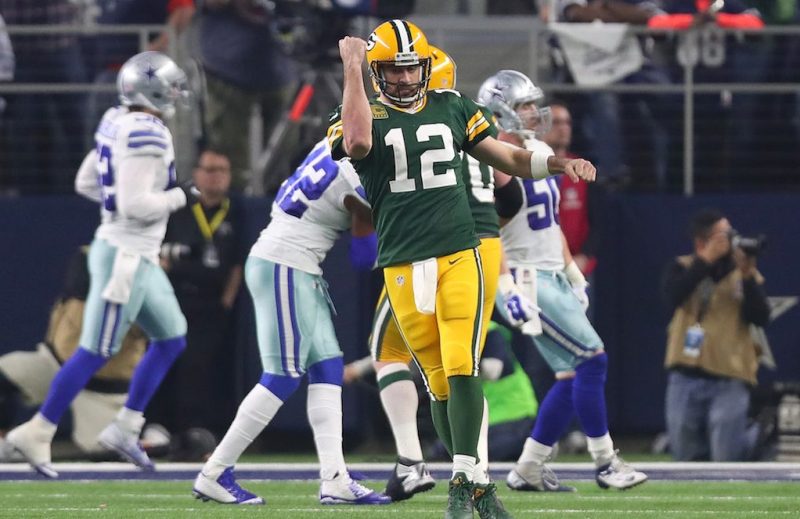 While Aaron Rodgers can defeat a team many ways, none are so demoralizing as his Hail Mary passes. Here he celebrates after a TD pass against the Dallas Cowboys in the NFC Divisional Playoff game at AT&T Stadium on January 15, 2017, in Arlington, Texas. (Tom Pennington/Getty Images)

Aaron Rodgers is currently playing as well as he ever has. Indeed, Rodgers is arguably playing as well as any quarterback ever has. This was not expected earlier this season, when the Packers were just 4-6 and he was dealing with the frustration of having fans blame his girlfriend, actress Olivia Munn, for the perceived drop in play. After he knocked the Dallas Cowboys out of the playoffs, that talk seems a lifetime ago. Now Rodgers looks borderline unstoppable, particularly with his knack for completing Hail Mary passes. (In a little over a year, he went three for five throwing them: yes, that is a 60 percent completion rate on a borderline impossible play.)

It seems Rodgers has had a little help on these incredible heaves. Greg Bishop investigated for Sports Illustrated and found that Rodgers was getting a assistance from an astronaut. He writes:

“Where other quarterbacks might practice long throws, or possess similar arm strength, it’s doubtful anyone else asked a real-life astronaut about the physics involved with a Hail Mary. Rodgers did exactly that with Mark Kelly, one of his Celebrity Jeopardy! opponents. Kelly says—and Rodgers confirms—that they discussed height and trajectory and factors such as wind and cold. This was heavy conversation for a round of golf. ‘His Hail Mary passes are like a spaceship reentering orbit,’ Kelly says. ‘We should start calling it the Hail Rodgers.’” 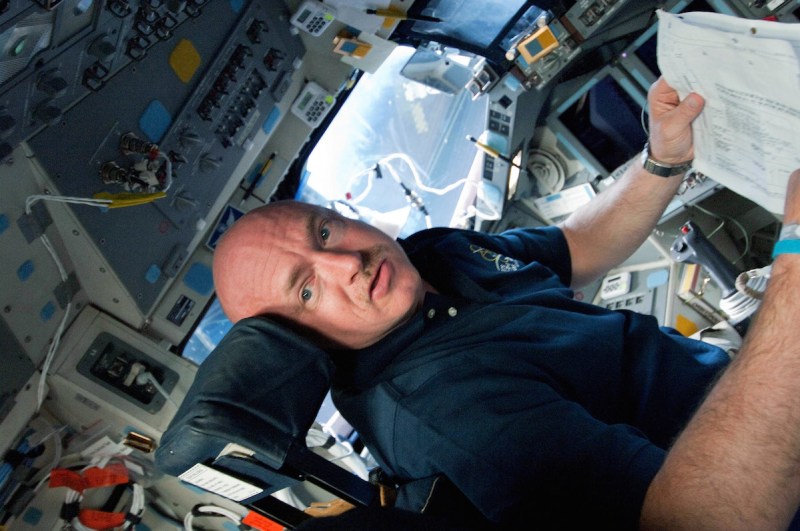 Astronaut Mark Kelly, STS-134 commander, in the Endeavour shuttle as he and five other veteran crew members head to the International Space Station on May 16, 2011. (PNASA via Getty Images)
Getty Images

And yes, you likely know Mark as the husband of the former congresswoman and assassination attempt survivor Gabrielle Giffords, as well as twin brother of fellow astronaut Scott Kelly. While Mark’s guidance would be useless to a majority of athletes—it’s a rare QB who can scramble and then launch a ball accurately over 40 yards—Rodgers has to like knowing there’s an astronaut in his corner. To read more about those amazing throws, click here. Observe one of the absurd Hail Mary passes below. At bottom, watch both Aaron and Mark banter with Alex Trebek.