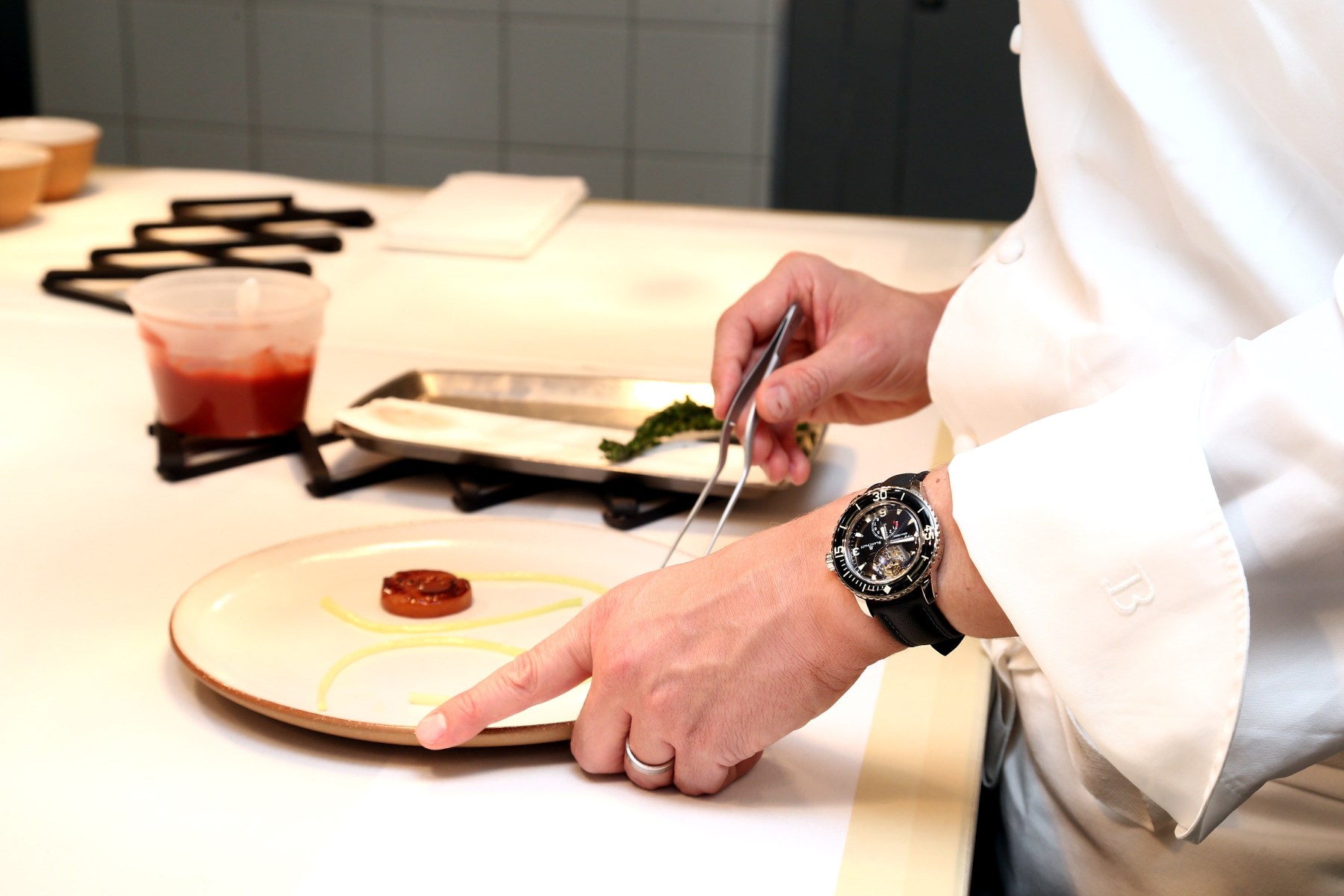 After day of trailing — culinary speak for apprenticing — at Eleven Madison Park in March of 2009, chef Dan Jackson was ready to return to his Brooklyn apartment. Instead of getting some rest, Jackson, now the culinary director at NYC minichain Fields Good Chicken, was given a test.

“They had me cook a dish, which used to be one of their things,” Jackson tells InsideHook. “Basically, your application for the job was you would work the day there and then they would surprise you. My protein was halibut and I was allowed to use any ingredients in the walk-in and had an hour to do it. That was the test at the end of the day.”

Since it was almost spring, Jackson went with a seasonal dish: seared halibut with a lemon ver blanc served over a carrot puree along with a salad of fava beans and pea tendrils.

Though Jackson was informed his carrot puree could have been a little smoother, the executive sous-chef administering the test liked the seasonality and flavors, and gave Jackson the job.

“It was a challenge,” he says. “Traditionally when you go trail at a restaurant, you’re observing and not really touching anything. This was different. It was exciting. I think it really told them what kind of cook they were dealing with. If you can step up to the plate in that situation, you’re going to be able to survive in a really high-stress environment. The whole point of it is to see how you react.”

The post-trailing test was an example of the survival-of-the-fittest environment that permeated Eleven Madison Park at the time. That type of milieu, which started at the very top of EMP’s food chain with Swiss chef/owner Daniel Humm, led the restaurant to earn a four-star review in The New York Times shortly after Jackson started working there.

From that point on, business took off and never slowed down.

“We received four stars from The Times and the restaurant completely changed pretty much the next day,” Jackson says. “All of a sudden we were booked solid for the next two years. I think our covers doubled overnight. We went from a busy night being 80 covers to a busy night being 140 covers. It was a pretty incredible time to be there. Chef Humm was very much involved in the day-to-day kitchen activities. He was tasting everything and expediting every night. It was a really intense and stressful environment, but it was amazing. I didn’t really realize how much I was learning and growing as a cook because there was really no time to think about it. I came out of there and it was almost like fine-dining dog years, where one year is really seven.”

Though Jackson worked his way through every station in the kitchen during his nearly two years at EMP, his favorite spot was preparing hot appetizers.

“I had a decent amount of cooking experience and so they moved me to hot apps pretty quickly,” Jackson says. “That station was right next to where the chef would stand to expedite service. You were not only probably the busiest station, but you were also on full view of the chef. You had to keep your station immaculate at all times. Everything was on full view. If you could work that station, you could work any station at Eleven Madison, at that time at least.”

That sort of competitive mindset was a requirement during Jackson’s tenure at EMP, which topped San Pellegrino’s list of the World’s 50 Best Restaurants in 2017.

“Every once in a while I’ll have a dream that I’m still in that kitchen and there’s that survival-of-the-fittest-type attitude,” Jackson says. “That type of competitiveness was needed in that environment to be as good as we were. There was definitely a lot of yelling and you had to bring your A-game every day, but I wouldn’t trade that experience for any of my experiences I’ve had as a chef. It’s bragging rights for me. I love telling people that I worked at EMP.”

An avid fan of college hoops and the UNC Tar Heels, Jackson makes it clear that, if the EMP staff were a basketball team, Chef Humm would have been Michael Jordan.

“He pushed us to be better and wasn’t afraid to say what was on his mind because he wanted you to get to his level,” Jackson says. “You would know when he was in the kitchen even if you didn’t see him. He’d walk in and all of a sudden it’d be just a different atmosphere. You just didn’t want to disappoint him. He created an aura around him, almost like when the health inspector came in the kitchen. There was a really strong team camaraderie and I think everybody respected each other, but there was a hierarchy and I was a bench player. But I think I would’ve been in the running for Sixth Man of the Year.”

There have been rumors during the coronavirus quarantine that Eleven Madison Park may never reopen its doors, though Jackson thinks otherwise. That said, whenever the restaurant does make its post-COVID-19 return, he anticipates it will be a different place.