From "Santa Baby" to sexy Santa costumes, Father Christmas is not as innocent as you think 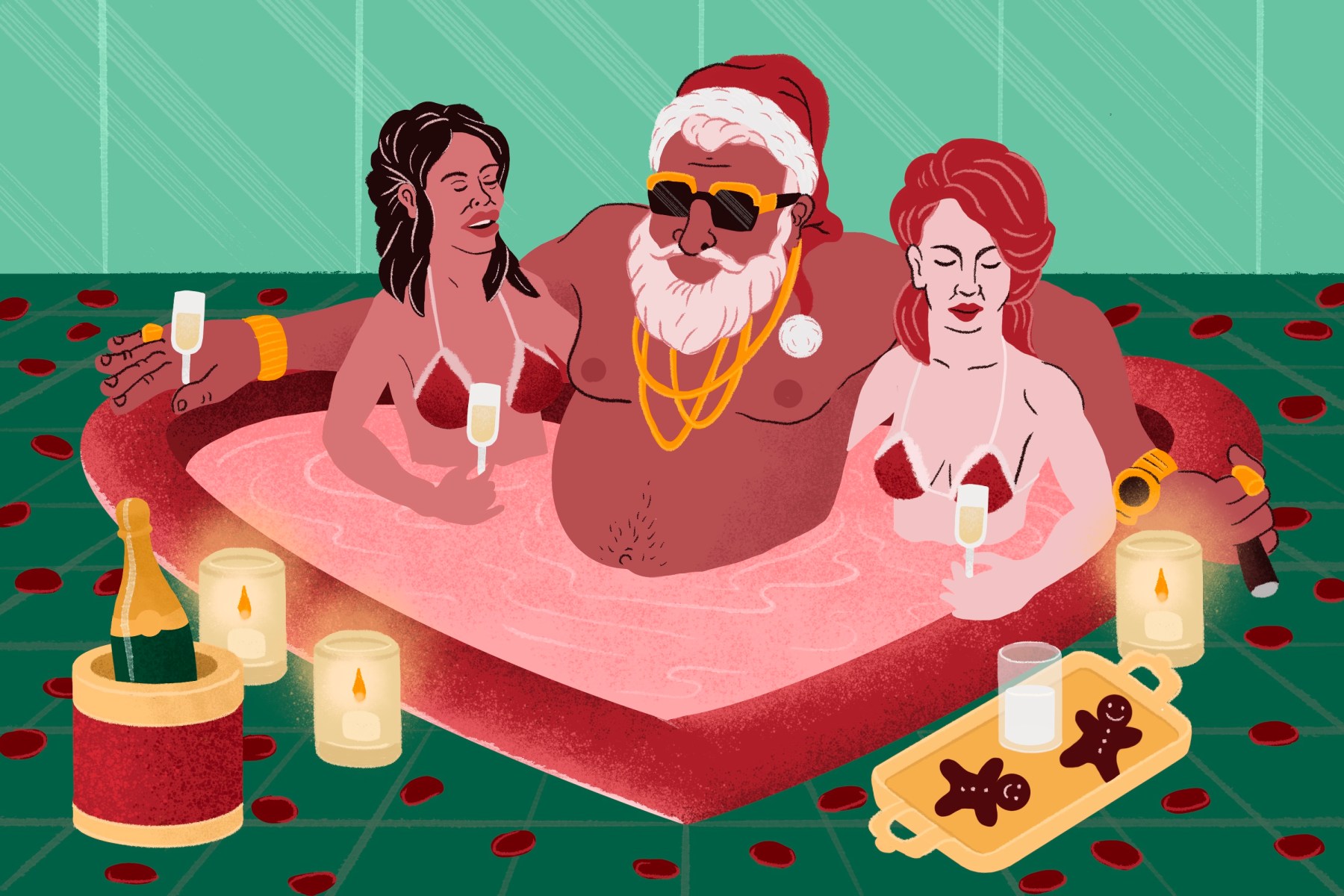 Every year around this time, I’m confronted with the vague and confusing desire to own a sexy Santa costume. Why do I want this? But more importantly, why does it exist — and in such abundance? The notoriously silly costume and lingerie retailer Yandy lists 52 sexy Santa costumes for men, women and (unfortunately) dogs, and that doesn’t even include their full line of seasonal lingerie, which features plenty of red velvet and white fuzzy trim.

While it’s easy to trace my own yearning for a sexy santa costume back to the iconic Christmas show scene in Mean Girls, the sexualization of Santa was around well before Regina George and company dropped it low to “Jingle Bell Rock” — and it doesn’t stop at the costumes.

Chris Messina’s character Danny calls the song “disgusting” in a season two episode of The Mindy Project, complaining that “it sexualizes Santa.” Indeed, Mindy plans to perform the song in an attempt to woo her crush in what Danny calls a “Christmas Party sex trap,” and in her fantasy, it’s worth noting, she does wear a sexy Santa costume. But what Danny gets wrong is that the song itself sexualizes Santa. “Santa Baby” didn’t have to sexualize Santa; we had already done that work when we created him in the first place. Sexy Santa is nearly as old as Christmas itself — all “Santa Baby” did was augment the sexual dynamics that have been all but inseparable from the Santa mythology since its inception.

Santa, then, is the grandaddy of all sugar daddies.

To put it bluntly, Santa gives you gifts for sitting on his lap and being a good little girl or boy. He also has the ability to administer punishment for “naughtiness.” This script at the heart of the Santa mythology mirrors real-life power dynamics that define familiar forms of adult sex play.

While Bradbury notes that the “punishment” aspect “is pretty vague” and not necessarily sexualized, she does add that Santa has “a nurturing power over you,” which she says reflects dominant-submissive fantasies. Add in the exchange of material goods from an older benefactor, and Santa becomes not just a daddy, but a sugar daddy.

It is this version of sexy Santa that “Santa Baby” most directly invokes. In an unapologetic display of female desire, its singer lists her material demands, and while she’s coy about what she’s offering in return, whatever it is about the song that makes us stop and say, “Wait, why is this song so sexy?” seems to suggest that Santa has his own reward waiting for him when he hurries down the chimney.

While the sexual exchange was obviously never explicit in the Santa mythology’s G-rated origins, the seeds for that logical jump were sewn into the fabric of Christmas culture as surely as the white fur lining sewn into Santa’s red velvet coat. At its most basic, the Santa myth is one of desire and reward. The relationship we have with Santa is conditional. We tell him what we want, and if we are good, we are rewarded. It is, in other words, an arrangement.

Santa, then, is the granddaddy of all sugar daddies. Before Anna Nicole Smith married a decrepit billionaire, before Kim Petras launched her music career belting “I want all my clothes designer / I want someone else to buy them,” before a legion of college freshmen made an account on SeekingArrangement within hours of arriving on campus, there was Santa, promising a merry Christmas to all — and to all, a good night.