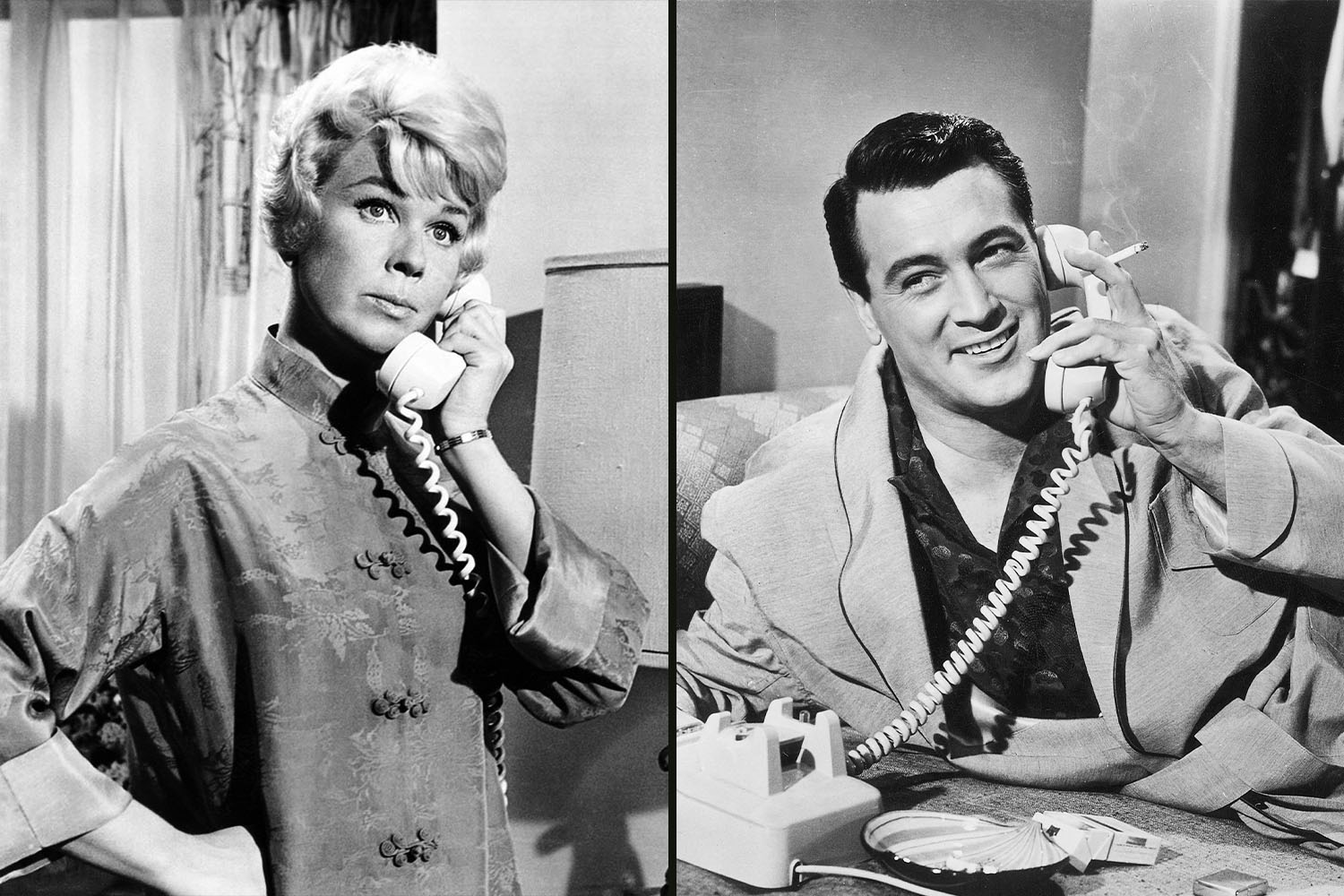 Should you talk to your Tinder date on the phone first?
ulstein bild via Getty Images
By Kayla Kibbe / February 28, 2020 10:30 am

When it comes to phone calls, I’m the embodiment of a certain millennial paradox that drives members of older generations  — including my self-identified “silver fox daddy” Hinge match — insane. I’m constantly glued to my phone, happily texting, tweeting and swiping away with my fellow phone addicts. But when it comes time to pick that phone up and have a real, out-loud conversation that requires me to say actual words to the person on the other side, I can’t get away from it soon enough.

I’m not entirely phone call-inept. I can handle a phone interview and I call my mom every Sunday. But when it comes to chatting with a romantic suitor, I consider phone calls near the height of intimacy. I’ve often joked that talking on the phone is fifth base, something reserved only for secret phone sex with illicit lovers or lengthy late night chats about nothing with long-distance boyfriends.

When I tried to explain as much to my Hinge match, he doubled down, explaining that a pre-first date phone call to “get a sense of chemistry” was nothing short of non-negotiable. I didn’t actually expect him to have an answer prepared when I asked what he had to lose by just meeting in person to test chemistry over drinks instead, but he did.

“To be totally honest?” he wrote, “Time. I just don’t have enough of it and I don’t want to waste yours or mine.”

He raised a fair argument. By this point I had already spent more time fighting with this man over text than it would’ve taken to just call him. But his insistence on making me do something I didn’t want to do as a means of testing my value as a potential date was at least as red a flag for me as my refusal to talk on the phone was for him.

“My guess is that if a simple phone call is out of your comfort zone, there’s very little chance that we would be a good match,” he wrote. I may have disagreed with his reasoning, but I couldn’t argue with the conclusion.

While this man took a particularly aggressive, particularly obnoxious stance, he’s not alone when it comes to the desire to vet a potential date with a pre-date phone call. This man may have been primarily concerned with chemistry, but I know of many women who have adopted similar policies as a safety measure, an additional line of defense against the potential catfish/murderer/sexual predator who may be lurking behind a charming Tinder profile. While this may not be a particularly effective approach — a catfish/murderer/sexual predator can presumably lie as convincingly over the phone as they can on a dating app — a phone call gives us another, perhaps better, chance to let our instincts ring any necessary alarm bells.

Even from the perspective of a less dark side of the internet, it’s hard to deny that a person’s voice contributes to their overall attractiveness — sometimes even making or breaking it. Last year, Edith Zimmerman wrote about the science of attractive voices for the Cut, noting that she’d often wished dating apps would include some kind of feature to showcase a potential match’s voice.

“There are some dates I wouldn’t have gone on had I heard the person’s voice beforehand, and I’m sure the reverse is true,” she wrote. “Sometimes a voice just sounds ‘right,’ and sometimes it doesn’t.”

It turns out Zimmerman wasn’t the only one who wanted to filter her matches based on their vocal charm, and it wasn’t long before dating apps started taking note. In June, Bumble rolled out a new feature allowing matches to call each other on the app without exchanging phone numbers. By December, exclusive dating app The League had launched League Live, a weekly video speed dating feature designed to help users forge more authentic, personal connections with prospective matches than they presumably would chatting via text.

Like my phone call-demanding Hinge match, League Live also has efficiency in mind. The new feature is based on the idea that a three-minute Facetime-style video chat can effectively replace a traditional first date, letting you test chemistry with a potential date without actually leaving your house to go on one and wasting an entire evening on an ultimately lackluster suitor.

“It just kind of moves you along a lot faster so you’re not wasting so much time,” The League founder, Amanda Bradford, told InsideHook last year. “Our users’ biggest currency is their time, and they don’t want to spend their time on crappy dates.”

Despite my aversion to phone calls and my extreme aversion to video chatting, I can’t argue with this logic. Like Zimmerman, I too have found myself on a few dates I realized were going nowhere as soon as the guy opened his mouth — not necessarily because of what he had to say, but simply how he sounded saying it. In turn, I’m sure I’ve been on dates with people who could say the same of me and my voice. While I’ve spent the majority of my life being too busy obsessing over nearly every other aspect of my physical existence to bother spending much time agonizing over my voice, I can usually muster some insecurity about it when I try. After a string of dead-end dates, I sometimes find myself wondering, perhaps irrationally, “Maybe it’s my voice.”

Netflix’s new reality dating show Love Is Blind, in which prospective matches agree to marry each other sight unseen after presumably falling in love by simply talking through a wall for a few days, has a lot of people thinking about the relationship between voice and attraction. While the show ultimately aims to privilege conversation and other idealized notions of presumably “deeper” forms of interpersonal connection over physical attraction, it can’t help but beg the question: what’s in a voice?

Repeatedly, conversations both surrounding and within the show return to voice. Unable to say, “You look great tonight,” cast members compliment each other’s voices instead. And as the Cut noted earlier this week, fans of the show have noticed that one cast member, Jessica, uses a significantly different voice when talking to the camera during confessionals than the “sexy baby voice” she assumes when chatting with male cast members.

While Jessica’s approach to voice manipulation may be particularly pronounced, it’s far from unprecedented. As Zimmerman noted, a 2018 study found that both men and women altered their voices when speaking to prospective mates. Jessica’s sexy baby voice may be jarring, but is manipulating one’s voice when trying to attract a suitor really any different than putting on makeup or styling your hair before a date?

Despite Love Is Blind’s moralistic “it’s what’s on the inside that matters” ethos, the show’s premise ultimately only proves that attraction is never entirely divorced from the physical. Attraction is a projection of fantasy. Stripped of one physical quality on which to project that fantasy, we’ll simply latch onto another. If you can’t see the person you’re trying to fall in love with or will yourself to go on a date with, you’ll build a romantic illusion around their voice instead.

I can’t argue with my Hinge match’s efficiency-minded phone call argument. He wanted to test whatever illusion of me he had built based on my profile photos and comments. If the reality of my voice was going to shatter that fantasy, he wanted to know before wasting an entire evening. It’s sound logic. I just can’t get on board with it.

Ultimately, I rejected the phone call not because I was afraid my voice, or even my social awkwardness, would lead to rejection, but because I didn’t want his voice to shatter my own illusion of him. I’d rather get to spend (or waste, as he’d argue) the extra time enjoying the anticipation of a potentially good date with a potentially good match, however unlikely or illusory.

Logically, I know the disillusionment is probably on its way anyway, so why rush it? Give me a little time to enjoy whatever fantasy of you I’ve built before you ruin it by opening your mouth. 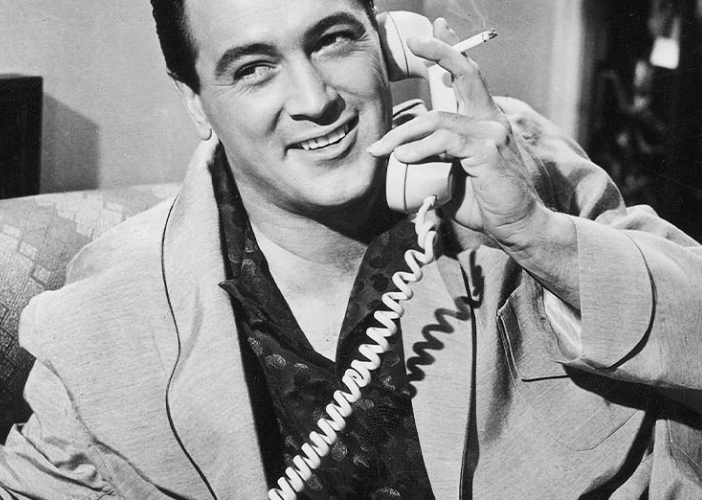