Is Sharing Spouses Actually a Thing? 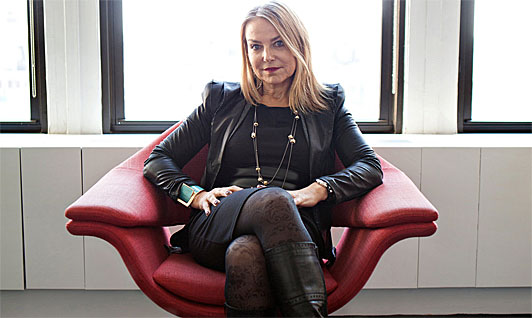 Because every man wants to have better sex, even if that means actually committing to a relationship, we’re proud to present Ask Esther Perel: a monthly series in which critically acclaimed sex therapist Esther Perel answers your questions about sex and relationships and helps you and your partner have a more fulfilling life, together. Have a question? Just ask Esther Perel.

But are you talking about sharing spouses in lifestyle choices, swinging or polyamory?

Basically this question introduces the question about monogamy and consensual non-monogamy, and the concept that monogamy is a continuum.

Non-vanilla, non-socially licensed practices happen underground, or at least in the privacy of people’s homes. Either privately or secretly. What the Internet has done is taken the underground and given it a platform. We will never know the full truth, because we only talk about what is acceptable to talk about.

Is sharing spouses the new norm? No. Is it part of the exploration for a new norm? Yes. If you share your spouse, you are seeking ways to integrate their need for stability with their need for emotional and sexual feeling. It is in this idea of reconciliation that the idea of sharing takes place, without all the havoc and heartbreak that secret non-monogamy can bring.

Sexual practices and the normality typically go hand-in-hand with other changes in society. That’s why you’re seeing “sharing spouses” more mentioned and talked about. The new conversation is about the new monogamy, not contraception or premarital sex. This is the new frontier.

Is [popular dating app] Tinder bad for me?

Consumerism has entered relationships. A lot of this creates the paradox of choice. To have choice is wonderful. To have too many choices can be psychologically crippling.

By definition, choice and commitment implies loss. You choose something, you lose something. In our culture the paradox of choice is such that people have become loath to lose anything.

But people are not products. What you choose is not the best, it’s simply what you choose. And therefore it is what you want. It’s not the best. It just is. Choosing requires you to have agency. You can’t just leave everything to the other to enlighten you and turn you on.

Yes, there could be something more and better out there. But looking and waiting for that makes you crippled. You are living with a chronic disappointment. A chronic displeasure. If you’re constantly wondering if this is the best relationship, then you must ask yourself: What have I done to make it the best relationship lately? Because it’s your responsibility too.