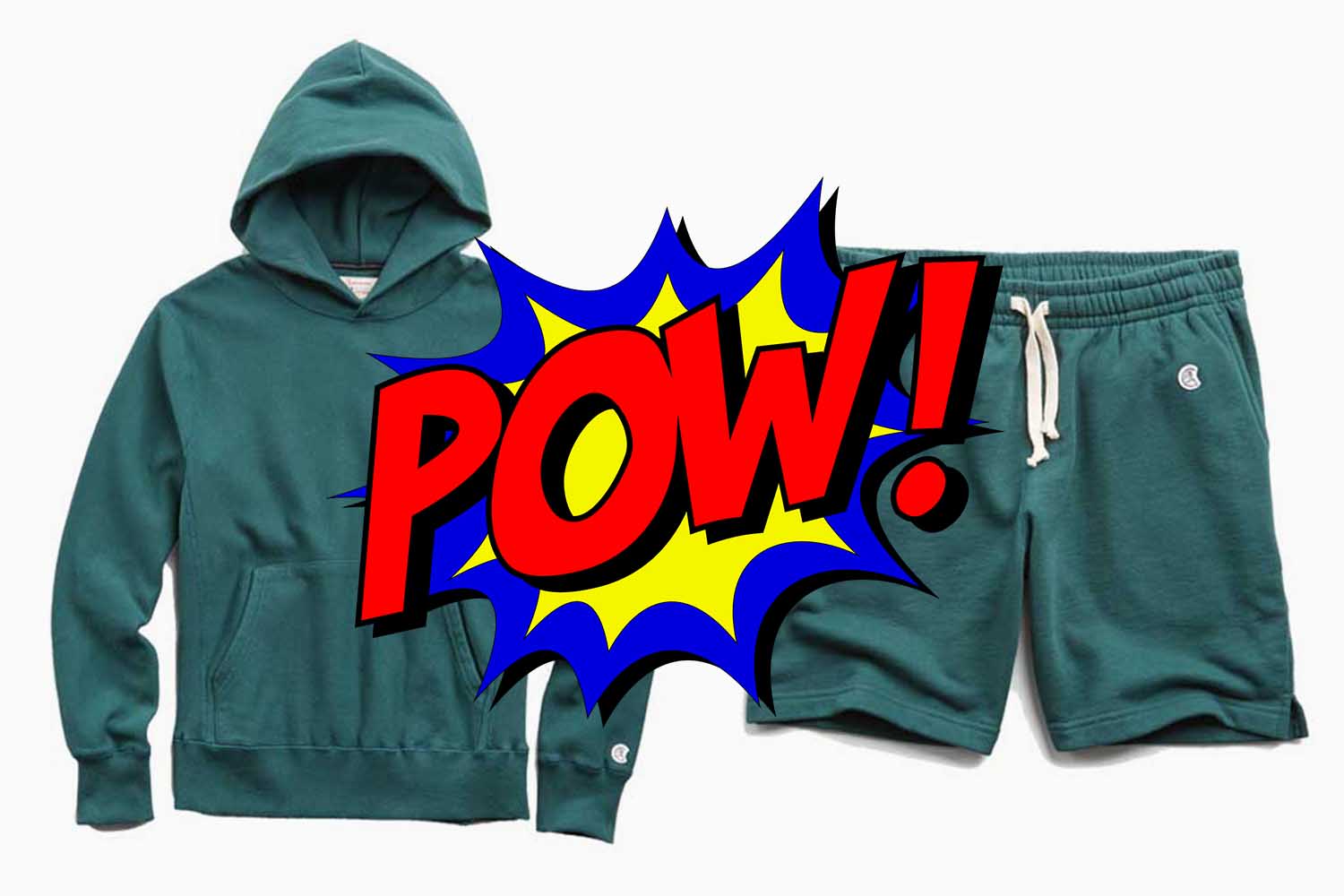 Each week, our inbox runneth over with news of gear, apparel and tech releases from around the world. In this feature, we’ll parse through the best of them. Today: Game of Thrones-inspired scotch, military tested and approved grooming products and a Converse collection made from renewable denim.

We were always under the impression that one of the defining characteristics of an anorak is that it’s half-zip, at most, which is why we’re so confused that Filson is calling this full-zip rain jacket an anorak. But, whatever you want to call it, this thing looks awesome — every bit as rugged and dependable as everything else the brand makes. It’s crazy expensive for a rain jacket, yes, but we’re willing to bet it’s the last one you’ll ever buy.

Virgil Abloh is turning our homes into hypebeasts with his first Off-White collection of home goods. The collection is simply and douchily titled “HOME” and is made up of three different categories: Ceramics, Bed, and Bath. The collection keeps it simple, with pretty minimalist designs featuring the brand’s cross arrow logo. The line’s set to release on their online store on September 1st. But let’s just hope our homes won’t be getting into any Soho sneaker pop-up store brawls in the near future.

Johnnie Walker A Song of Fire and Ice

Two Game of Thrones-inspired whiskies inspired by House Stark and House Targaryen, respectively. One clean and crisp, one peaty and fiery. Drink enough of either, and it’s like season 8 never happened.

Oh look it’s a book! But no worries, this one doesn’t include too many words. Parks is a collection of over 300 United States national parks maps, brochures and ephemera across 100 years. It’s a pretty spectacular visual history of America’s parks and it’ll make a pretty neat heirloom for our grandchildren’s children since there won’t be any parks left for them to visit.

Fuck yeah, boot season, we are ready for you. Right up there on top of our list of potential new acquisitions this year is yet another pair of Red Wing’s iconic Classic Moc, now available in this ultra-sexy oxblood color, which had previously been reserved for the brand’s slightly dressier options.

Ok, we will admit that we are not entirely clear on why we’re supposed to care that members of the United States military tested these products, but that’s the catch with this line from Bravo Sierra, and, well, sure… those guys seemed to like them just fine.

Lots of people are very excited that Seiko’s reissuing this watch, which was originally made famous in the 80s when Arnold Schwarzenegger wore it in Predator and then again in Commando, two movies we’d always assumed we actually the same. Regardless, this thing’s a beast, coming in at nearly 48 millimeters, and it’s solar-powered, so you won’t ever have to worry about changing the battery.

Another season, another collaboration between Champion and Todd Snyder that makes us want to empty our life savings, and for what? The most basic of basic items: crewneck sweatshirts, slim-cut joggers, and really great quarter-zips, all of them available in an unexpected but wholly wearable selection of colors that’ll be perfect come fall.

The UNO® Artiste card game series introduces its first installment featuring art by Jean-Michel Basquiat, who we’re sure would love to know his iconic artwork is now on a card game played by grade-school children and super drunk people who can’t find normal playing cards.

This one came out on Thursday, the 22nd, and it is of course already sold out, so you’re gonna want to watch the secondary market if this hits just the right nostalgic notes for you.

This ready-to-drink tipple via Finland — inspired by the 1952 Olympics in Helsinki and now distributed in the U.S. with the help of (random!) actor Miles Teller — is a sessionable, grapefruit- and juniper-inspired canned drink built for long days.

Pretty self-explanatory here. Converse is making Chuck Taylors out of recycled, or upcycled, denim. Looks mega-sharp, we think, but do yourself a favor and pair ‘em with some khakis rather than denim.

With the brand’s newest line, the Detrola, it appears Shinola is trying to reach a younger demographic, one less interested in achieving that accessible heritage vibe they’ve mastered with the Runwell line, and more concerned with having a bit of fun. The Detrola is priced at $395 and is available in seven different colorways, ranging from the not-at-all playful all-black Model D to the perhaps overly playful Islander model, which features heavy doses of pink, green, and orange.

A new addition to Thursday’s already impressive line of casual boots, this one featuring a slightly lower profile that makes it a tick more formal than some of their other offerings.