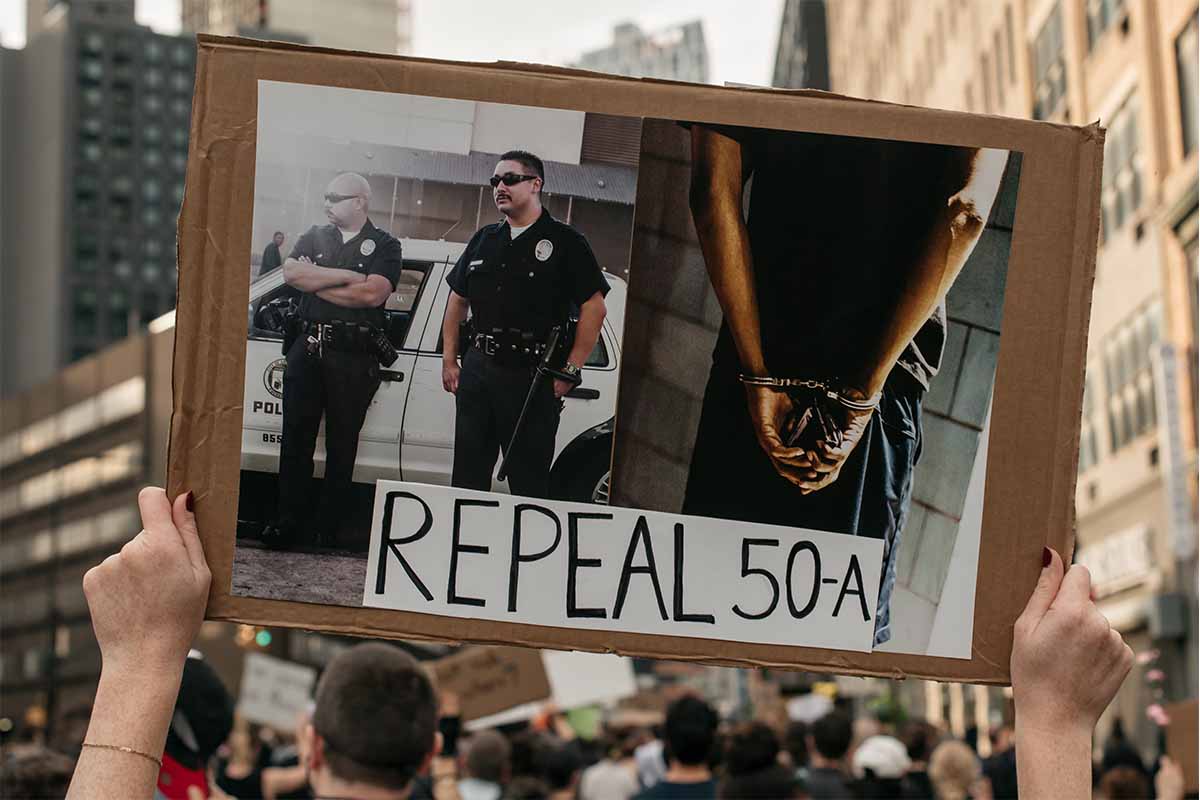 You see the protests. You understand the cause. But if you want to know how to enact long-term and concrete changes to combat police brutality, look to the legislation states are considering in the wake of George Floyd’s killing and the public’s subsequent outcry for reform.

Even if you’re more on the sidelines (our conflicted thoughts on that here), supporting legislation and legislators offering real structural change is something that takes little more than a phone call, email and/or vote.

A quick overview on police reform measures, by the people you elected:

In New York, the State Legislature is considering a repeal of 50-a, which keeps disciplinary records of police officers shielded from public view. As NYC local news reporter Zack Fink notes, the state will also consider the automatic appointment of a special prosecutor in questionable police shootings and a ban on chokeholds.

Less likely? Even with massive budget deficits, calls to “defund the police” (with the money spread to social and youth services agencies) may be met with more opposition.

In Colorado, they’re considering bills that would require police officers to wear body cameras, as well as creating an “intensive reporting system” for officers who use force. It’ll also be easier for citizens to sue individual police officers and it’ll end the state’s “fleeing felon” statute, which allows officers to legally shoot anyone running away if they’re suspected of committing a felony and are armed.

In Michigan, the State Senate unanimously passed a bill that would reform police training “to focus on anti-bias and de-escalation techniques” and also reforming mental health screenings for officers. It’s expected to be passed into law.

And nationally, Sens. Kamala Harris and Cory Booker are working on a bill (along with a likeminded one in the House) that would alter immunity provisions for police and create a database of police use-of-force incidents. It’d also update training requirements and ban choke holds. Given the current divide in the House and Senate, don’t expect much from a federal level.

Meanwhile, another bill to outlaw “qualified immunity” — a law that shields police and various government officials from being sued by victims even if it violates their civil rights — is gaining traction and actually has a lot of bipartisan support.