Could Oprah Winfrey Be Plotting a Presidential Run After Donald Trump’s Win?

Oprah Winfrey, chief executive officer of Oprah Winfrey Network LLC, speaks during an interview at 'The David Rubenstein Show: Peer to Peer Conversations' event in New York, U.S., on Monday, Dec. 12, 2016. Winfrey, dubbed the 'Queen of All Media', has been ranked the richest African-American of the 20th century, the greatest black philanthropist in American history, and is currently North America's first and only multi-billionaire black person. (Kholood Eid/Bloomberg via Getty Images)
By Will Levith 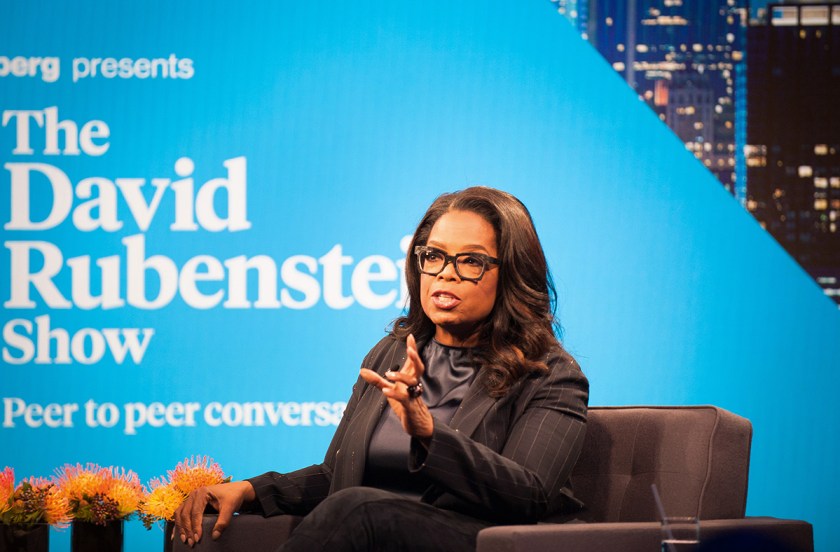 After former Apprentice host Donald Trump made it all the way from the small screen to the Oval Office, at least one other major television celebrity is thinking about a potential presidential run.

In an interview with David Rubinstein for Bloomberg, Oprah Winfrey was asked whether she thought she could run for president and be elected, given her tremendous popularity. After a few seconds pause and one stutter, Winfrey said she’d “never considered the question … even a possibility.” But implying Trump’s rise to power, Winfrey went on to say, “Now I’m thinking … oh.”

Watch her full response below.