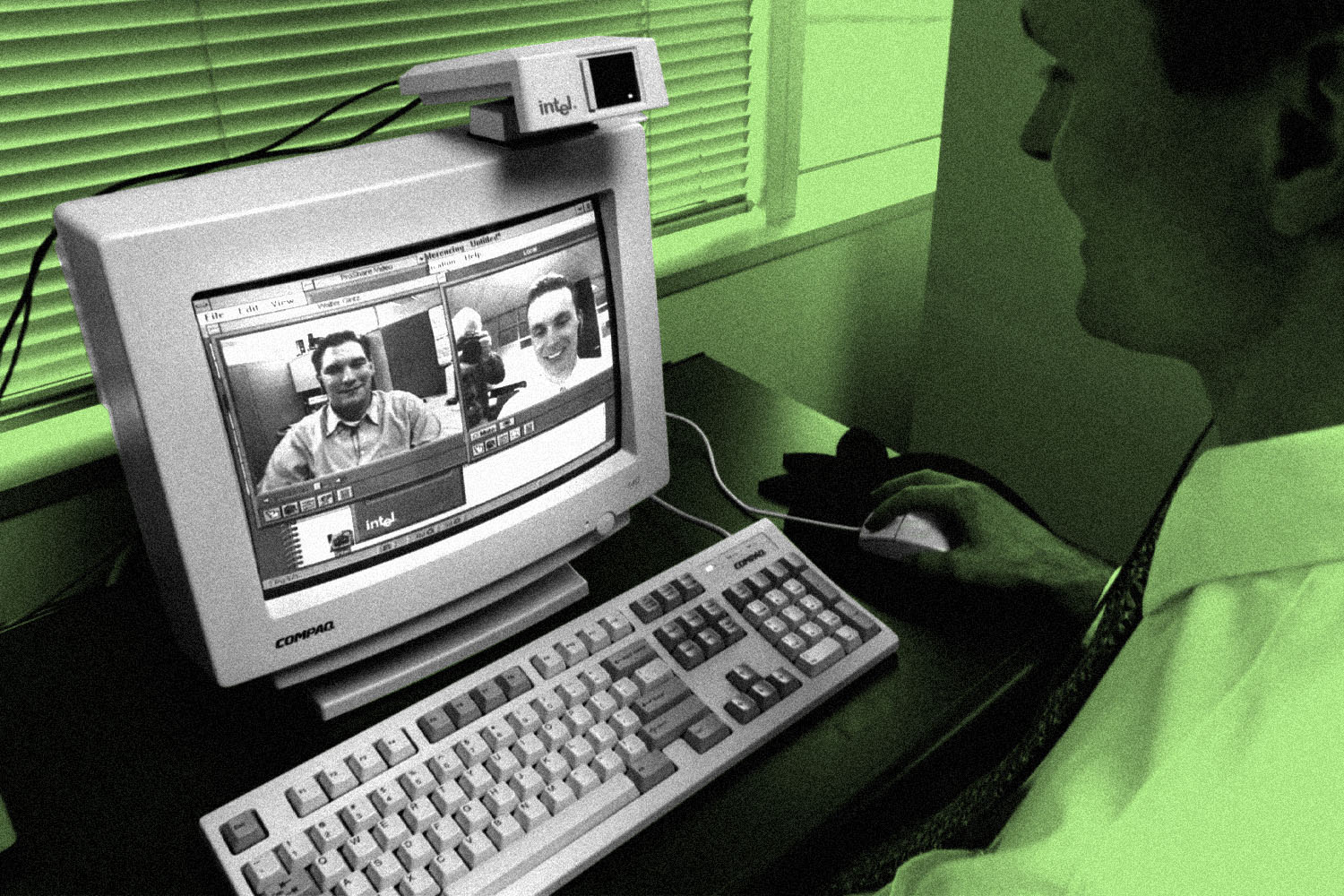 The Zoom revolution is on. With an unprecedented number of American workers signing in from home, digital meeting places (Zoom, Google Hangouts, Skype, etc.) have become emblematic of business culture in this singular here and now: separate but together, unfamiliar and uncanny. And imperfect — perhaps particularly in the way they have become for many companies the default communication solution.

“Between you and me, they’re getting very annoying,” says Susan Ascher, president and CEO of The Ascher Group, a consulting firm based in New Jersey. “It’s so funny to me: In this age in which everybody is texting and emailing and not wanting to pick up the phone, all of a sudden, everybody wants to Zoom! It’s an oxymoron. Maybe that Zoom call could just be a phone call!”

Ascher says she’s happy to meet on Zoom if clients prefer, but also thinks its cultural currency outpaces its utility. “In the past, your boss would call you from their office, and maybe you were in another county, another town, another hallway — but they wouldn’t go to Zoom,” she says. “They’d just call you.”

Ascher’s takeaway: Understand the tool for what it is, and adjust accordingly. “I lead a mastermind, and once a month, [members of the mastermind and I] will meet for lunch together. One of them asked me if we could do a Zoom meeting, and I thought that made sense. Next week, one of my friends had a birthday on March 22, and instead of going out to dinner on March 31, we’re having a virtual Zoom cocktail with 10 people. That works — that’s fun. And I’ve had two virtual Zoom dates, with a person I met a while ago who popped back up, wanting to see how I was doing, and I said, ‘Why don’t we have a Zoom cocktail?’ And that was fun. There’s just a time and a place for it: Not every single chat wants to become a Zoom. Frankly, I think some bosses are needy in that respect and don’t know how to entertain themselves.”

If you get suckered into a Zoom meeting anyway? “I don’t like using Zoom with 15 or 20 people in the meeting,” she says. “And if you have to have a lot of people involved, you need to be really strict about whose turn it is to talk, so it’s not a free for all.”

What else to do if you’re headed to Zoom anyway? Longtime advocate for (and investor in) remote working technologies Jeff Jochum coaches entrepreneurs around the globe on their online etiquette. “I’ve been doing this since Skype,” he says. “But right now I’m primarily using Zoom.” Why? “The interface is simple, but they seem to be consistent with their bandwidth, whereas Skype and lots of others seemed more affected by [competing] traffic.”

Backdrops count — something you might be keenly aware of if you were one of the people who now know that Tim Ferriss books make up a perhaps surprising percentage of Barbara Corocoran’s library, following her and her bookshelf’s appearance on Good Morning America yesterday. “One of the first things I’ll tell people to think about what’s in the background,” Jochum says. “”For my setup, I rigged up a professional Sony camera with a really good, professional lens with my Zoom, but most people use the camera at the top of their laptops. All of those, from a focus standpoint, are infinity-focused — so everything in front of them is focused. With my professional camera, I’m in focus, but everything around me is a little blurry, like you’d see on a TV. But if you’re using an infinity-focused camera, your bookshelf will be in perfect clarity. And people can’t help but look at whatever’s happening back there. I recommend setting up the camera in such a way that whatever’s behind you is boring.”

Also consider your lighting. “So often people think that putting the window behind you is a good idea because it’s not in your eyes,” Jochum says. “Generally that would be true, but you don’t want a situation where you’re haloing [with the sun behind you]. Close the window shades and get a light, or turn around so you’re facing the window, or it’s off to the side.”

In terms of reading the room, a few things can make your meeting less awkward. “Try to look into the camera when you’re saying something important,” Jochum says. “You can have a normal conversion, where you’re looking at their face [on your screen], which is not the camera. But when you really want someone to hear you, look directly into the lens of the camera. It’s a little thing, but I’ve seen it have astonishing results.”

Leave yourself on mute, too. “Mute yourself whenever you’re not specifically talking and try to avoid acknowledgement sounds — try to avoid going, ‘Uh huh, oh yeah,” he says. “The software immediately tries to shift to your face —  Zoom will jump around to everybody in the meeting if they’re all making these confirmation sounds. Just don’t forget to turn the mute off when you’re talking.”

In Jochum’s opinion, Zoom and its ilk are here to stay, and business America’s prime challenge (beyond, uh, solvency) will be to rebuild its culture with a physically separate workforce. “I’ve been doing virtual meetings for almost 15 years now, with increased frequency and increased acceptance,” he says. “I charge $2,500 a day for consulting, and a few years back, people weren’t willing to pay that unless I was willing to get on a plane — even if they had to pay for the airfare! But more and more over the last five years, I’ll put my Zoom on all day long — it’s almost like having an office there.”

“And people don’t like to make change. When they’re forced to make change, they don’t want to change temporarily — they want to stay with it. So we’ll see an increased acceptance of Zoom and other, newer technology, which will increase the feel and interaction that we are going to be giving up. I don’t think we’re going back.”