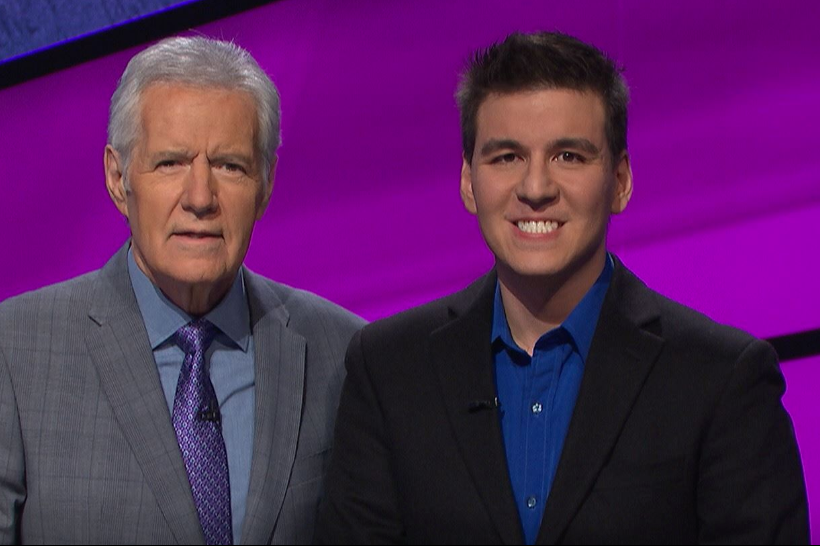 The man who has spent the past two months giving answers on Jeopardy is now facing a big question of his own: What’s next?

On an episode that aired Monday but was leaked out beforehand, James Holzhauer finally lost on Jeopardy after notching 32 straight victories and securing nearly $2.5 million in winnings. The loss, which came at the hands of Chicago librarian Emma Boettcher, means the 34-year-old will come up $58,484 short of surpassing legend Ken Jennings on the game show’s all-time earnings list, according to The New York Times.

Holzhauer poked fun at himself before the episode even aired, writing on Twitter, “Knew I shouldn’t have invited Drake to the Jeopardy taping.” A funny line, but thanks to the loss, Holzhauer is facing the serious question of what he’s going to do now that he won’t be joining Alex Trebek for weekly show tapings.

Whatever it is, don’t expect to see Holzhauer turning up in a cubicle in your office anytime soon, as the University of Illinois graduate, who was making his living as a professional sports gambler prior to getting on Jeopardy, has said in the past he doesn’t think he “can hack it” in the 9-to-5 world. “I really like not having to justify my decisions to anyone else, as well as the freedom to vacation whenever I want,” Holzhauer told CNBC Make It.

One job which could at least partially fit those requirements is the one Holzhauer was interested in before he found success gambling in Vegas: Major League Baseball executive.

“I applied for a number of entry-level positions with teams, but never got anywhere,” Holzhauer told The Athletic. “I’m not sure if this is the case now, but when I was fresh out of college, MLB teams were not paying their entry-level employees a living wage. I’ve thought about going to the Winter Meetings, but I feel that my lack of networking experience would be a serious drawback.”

Now that he’s dominated primetime for weeks on end, that lack of networking experience likely won’t be as big of a hindrance for Holzhauer as it once was.

“I’m going to go out on a limb and say when he’s done with [Jeopardy] he’s going to have an opportunity to work in any sport he wants.”

The quick thinking and analytical skills that Holzhauer, a lifelong Cubs fan, put on display during his run have some MLB executives taking the Jeopardy champ seriously.

One of those is Boston Red Sox president and chief executive Sam Kennedy, who said he “absolutely” thinks Holzhauer’s abilities could translate to a baseball front office. “We put a huge premium on analytical abilities both on the baseball side and business side,” Kennedy told The Washington Post. “Without question, when we interview young professionals coming out of college, that skill set is hugely important.”

Another one is longtime Oakland A’s executive and Moneyball guru Billy Beane. “My first thought when I saw him was: We have to get this guy in baseball,” Beane said. “I’m going to go out on a limb and say when he’s done with [Jeopardy] he’s going to have an opportunity to work in any sport he wants. Or any industry — because all industries are based on data and making predictive decisions.”

Still, even if MLB does come calling, the odds seem stacked Holzhauer may keep his unconventional day job.

“I’ve got a family and job that I really love with super flexibility,” he told MLB.com. “I wonder, even if they come knocking, if I would actually accept. But part of me does wonder what it would be like to realize that childhood dream. I would have to at least think about it if the right offer came along.”

Other career options for Holzhauer, who has already given some of his winnings to charities and non-profits, include going into philanthropy on a full-time basis or working with the Meowee Wowee Hawaiian Shave Ice Cafe in Las Vegas, the only Twitter account he follows, though more than 700,000 accounts follow him.

Whatever Holzhauer chooses to do, it’s a pretty safe wager he’ll be back on Jeopardy in some way, shape or form, given the show enjoyed its best ratings in years during his run and turned him into a household name who more people have tuned in to watch than Steph Curry and Kawhi Leonard at times. But before he makes any sort of decision about his future occupation, Holzhauer has something to take care of in his personal life which takes precedent.

“My kid cried about the possibility of her dad losing, so I told her we could have a party the day after it inevitably happens.” Holzhauer previously wrote on Twitter.