Maybe we need roads where we're going after all 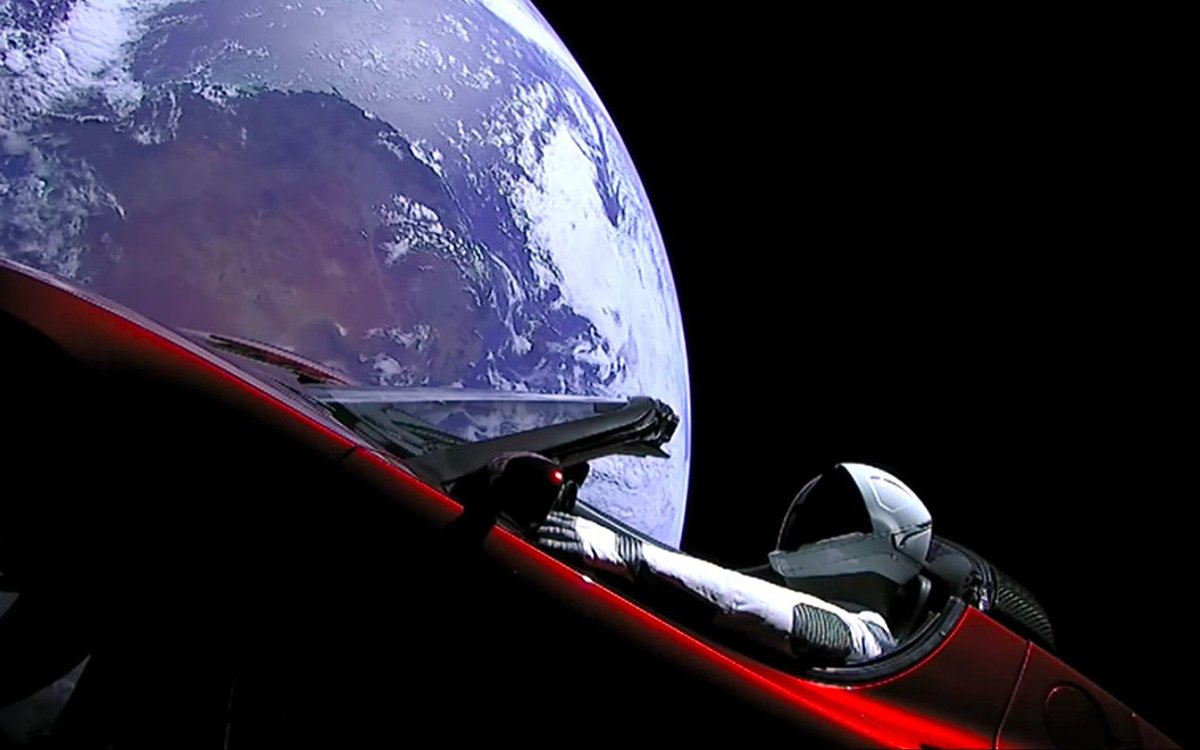 A month ago, we predicted that 2018 would be the year billionaire futurist Elon Musk finally made good on some of the lofty promises he’s touted in recent years (colonizing Mars, putting driverless cars on the road, etc.).

If the events of the last 24 hours are any indication, he’s well on his way to achieving that.

Yesterday, Musk’s SpaceX launched its 27-engine Falcon Heavy — the most powerful rocket put into orbit to date — into the stratosphere. It’s the latest checkpoint in the company’s ongoing quest to make commercial space travel a viable endeavor.

And yet, that’s not even what grabbed the headlines.

View from SpaceX Launch Control. Apparently, there is a car in orbit around Earth. pic.twitter.com/QljN2VnL1O

No need to check your peepers. That is, in fact, a drop-top Tesla Roadster being piloted by a dummy dressed as an astronaut, which Musk strapped to Falcon Heavy in an attempt to test the rocket’s payload.

The exceedingly good-looking piece of space junk was expected to reach orbit near Mars, but has apparently overshot its trajectory and will now arrive at its final resting place somewhere near the asteroid belt.

SpaceX streamed the first six hours of its journey; you can watch a four-hour recap of that stream below.