Hand over that Oscar statue, Leo. There’s a new bear fighter in town.

To show people what the aftermath of a bear attack really looks like, Montana man Todd Orr posted a video and photos of his injuries to Facebook after being mauled twice by a grizzly.

Based on the 50-year-old’s pictures, the truth looks like it hurts.

Despite taking all the necessary precautions — like carrying bear spray and shouting as he walked to alert bears in the area to his presence — Orr was attacked while hiking in Madison Valley after a sow with two cubs spotted him and felt threatened.

In his post about the attack, the Bozeman man wrote the bear spray he used on the sow didn’t slow her down in the slightest, and goes on to report that he barely had time to cover up before she was on him.

“I went to my face in the dirt and wrapped my arms around the back of my neck for protection. She was on top of me biting my arms, shoulders and backpack,” Orr wrote. “The force of each bite was like a sledge hammer with teeth. She would stop for a few seconds and then bite again. Over and over. After a couple minutes, but what seemed an eternity, she disappeared.”

Orr was able to start heading to his truck, but it didn’t take long for the bear to attack him again.

“Again I protected the back of my neck with my arms, and kept tight against the ground to protect my face and eyes,” he wrote. “She slammed down on top of me and bit my shoulder and arms again. One bite on my forearm went through to the bone and I heard a crunch. My hand instantly went numb and wrist and fingers were limp and unusable.”

Following the second attack, Orr made it back to his truck and drove himself 17 miles to the Madison Valley Medical Center to receive treatment … but not before calmly recording an instructional selfie video advising others on how best to react in similar circumstances, no doubt hopped up on a cocktail of adrenaline, brawn and a rare strain of mystical, unfiltered masculinity native to the Rocky Mountains.

Orr needed “eight hours of stitching,” but, other than some scarring, escaped serious injury. 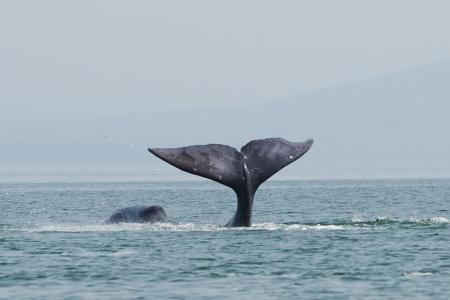