The driver jumped out of the truck with a fake gun in each hand. He is in custody.

At least eight people are dead after a truck drove on a bike path near the World Trade Center in New York City. At least nine others are injured, according to The Associated Press.

The driver then got out of the car with two fake guns. He was shot by police and is in custody. 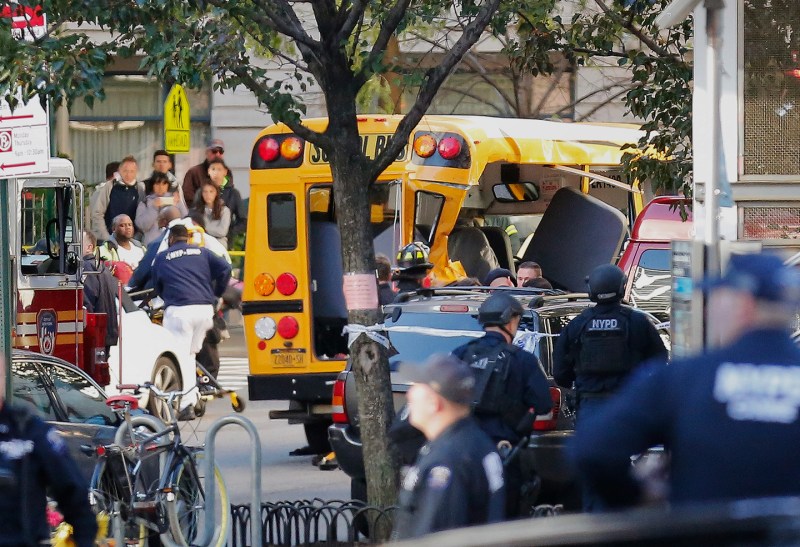 Witnesses described a chaotic scene of a white pickup truck hitting bicyclists on a path, and then slamming into a school bus, reports AP. Eugene Duffy, a Manhattan restaurant chef, was crossing the street when he heard something. He turned around and saw the bodies of two men on the ground, he told AP, with their bikes mangled nearby. He then saw firefighters trying to get children out a school bus that appeared to be T-boned. 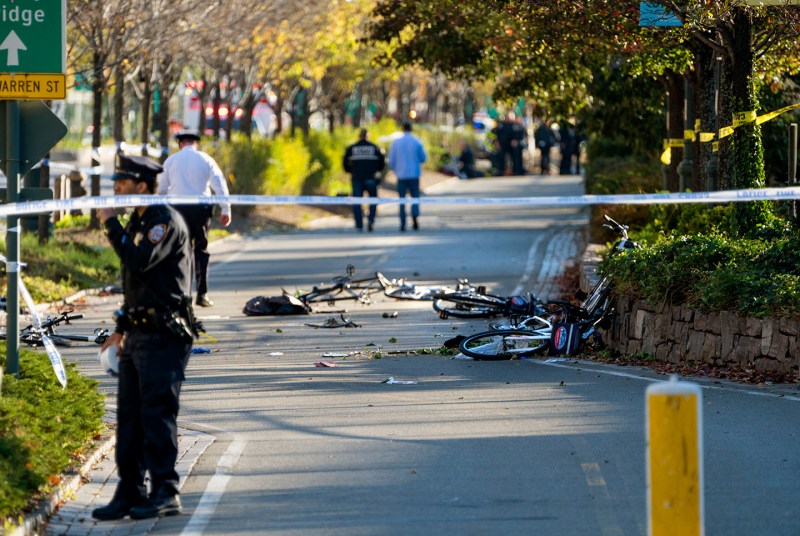 Bicycles and debris lay on a bike path after a motorist drove onto the path near the World Trade Center memorial, striking and killing several people Tuesday, Oct. 31, 2017, in New York. (Craig Ruttle/AP Photo)
AP

New York City’s Mayor Bill de Blasio has called it a “cowardly” act of terror.” New York Governor Andrew Cuomo called it a “lone wolf” attack and said there is no evidence to suggest it was part of a bigger plot, according to AP.

President Donald Trump tweeted “Not in the U.S.A.”

In NYC, looks like another attack by a very sick and deranged person. Law enforcement is following this closely. NOT IN THE U.S.A.!

Vice President Mike Pence says those who are responsible for the attack “must be held responsible,” according to AP. 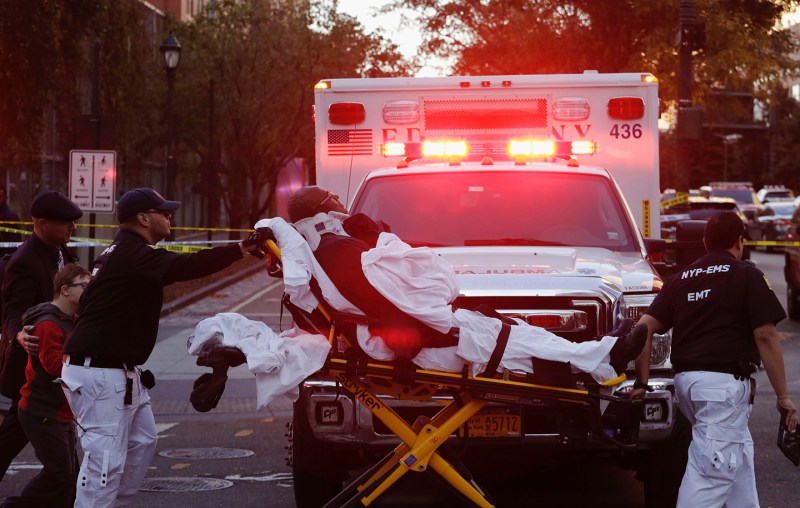 Emergency personnel transport a man on a stretcher after a motorist drove onto a busy bicycle path near the World Trade Center memorial and struck several people Tuesday, Oct. 31, 2017, in New York. (Mark Lennihan/AP Photo)
AP 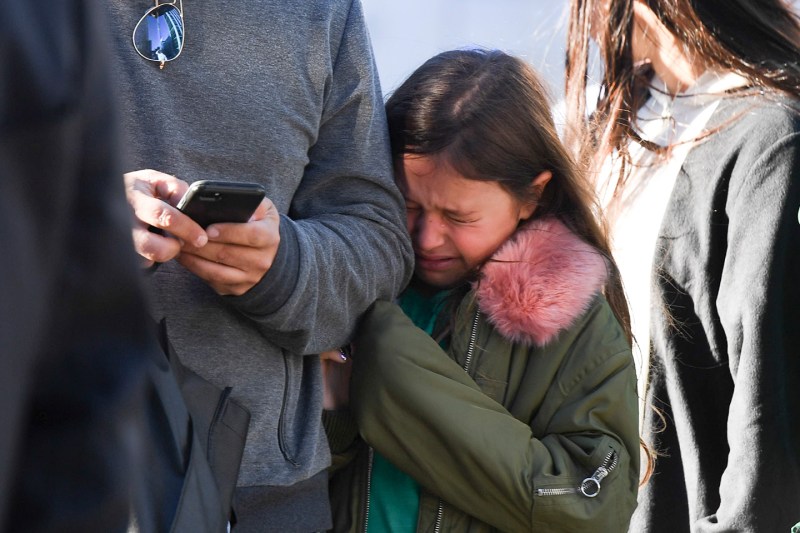