The Dangerous Rise of COVID-19 Influencers and Armchair Epidemiologists

Dr. David Dunning — of the Dunning-Kruger Effect — on the alarming relevance of a 20-year-old study 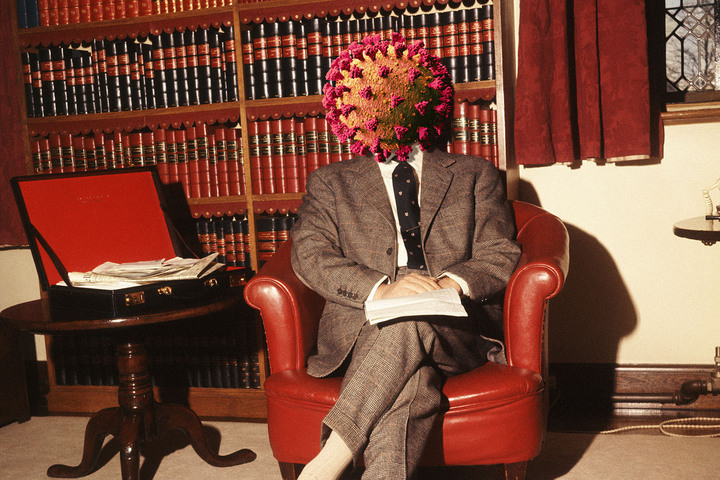 Why do armchair epidemiologists have such all-encompassing belief in their own interpretation of COVID-19 data?
Keystone / Stringer Getty Images
By Sarah Weinman / April 21, 2020 8:36 am

The COVID-19 pandemic, which began at the end of last year in China and landed in the United States in earnest in March, has upended so much for so many. So much has been lost, put on hold and snatched away, from lives to livelihoods to staggering amounts of money. This pandemic terrifies not only because of the rising toll of death and infection, but because there is still too little known about how it works, and how it may be cured or mollified. For those, like me, who are fortunate to be healthy now but have lived through a major illness in the past, this pandemic is a reminder that being certain is a sucker’s bet, and that being wrong isn’t weakness — it’s strength.

Which is why I find myself increasingly obsessed with the rise of the so-called “COVID influencer” or armchair epidemiologist. These men — and they are, largely, men — are legitimate experts in other fields. They are lawyers, former reporters and thriller writers, Silicon Valley technologists, newspaper columnists, economists and doctors who specialize in different parts of medicine. Their utter belief in their own cognitive abilities gives them the false sense that their speculation, and predictive powers, are more informed than the rest of ours.

Normally, the consequences vary from annoying to infuriating, especially if you are a woman with expertise being mansplained by someone who knows less than you do. But when such displays of massive overconfidence and wrongheadedness reach the highest echelons of government, it can be downright dangerous. These behavioral displays were famously described in a December 1999 paper titled “Unskilled and unaware of it: how difficulties in recognizing one’s own incompetence lead to inflated self-assessments” by two social psychologists at Cornell University, David Dunning and Justin Kruger. The effect they described was — and is — so pervasive that it’s now named after them: the Dunning-Kruger effect.

I wanted to understand why these armchair epidemiologists had such all-encompassing belief in their own interpretation of the data. Justin Kruger wasn’t available to talk, but David Dunning, a professor of social psychology at the University of Michigan, happily agreed to an interview.

InsideHook: How are you yourself holding up?

David Dunning: Well … it is what it is! Luckily for me, sheltering in place is my personality anyway. It’s given me a chance to see the advantages I have given my station in life, professor at the University, etc. I hope at some point this ends for everybody, sooner rather than later.

IH: I wanted to talk to you not only because you co-authored the paper that described the effect named after you, but also because of your tweet after (The New Yorker’s) Isaac Chotiner interviewed the lawyer Richard Epstein —

IH: … which you called the “new nominee for most paradigmatic of Dunning-Kruger cases.” What is your sense in this rise of so-called “COVID Influencers” or armchair epidemiologists?

I have been paying attention, yes. It’s prompted me to think about how and when we see examples of the Dunning-Kruger effect in new situations, which this virus certainly is. Very few of us were alive during the last pandemic that broke out so virulently in 1918. So we’re not aware of what we don’t know. We’re grasping to find some sort of certainty and knowledge from whatever thin reeds might be out there. Obviously a virus that kills people is of particular interest, but what’s also of interest to a social psychologist is watching people’s reactions.

Are you surprised by how many people are falling into the trap of the Dunning-Kruger effect?

No, I’m not surprised. I should point out there are two different things happening here. First, there’s the response of people on average. Right now, it looks like social sheltering is much more successful than the experts thought. The short-term pain is tremendous, but the long-term effects seem to be good. Then there’s the response from people who spend a lot of time on social media and the Internet. There, we tend to see more of the extreme cases, the telling cases, the illustrative cases, like the economist you referred to. Those reactions aren’t a surprise to me.

What is it about certain people who feel that if they have expertise in one area, they can apply it to a different area?

The central lesson of our work is that we are all vulnerable to this effect. Different people are vulnerable in different areas. Some are more flamboyant than others … So when there is a new situation, like this virus, there are many unknowns, and unknown unknowns, we are not aware of. But we’re not very good at doing that. We’re not very good at holding down the idea of an uncertain situation. We should be taking it all in, and act according to uncertainty.

So from our past knowledge, we know how to MacGyver, if you will, a response. The problem is that some people can take things they know and misapply it to this new situation. A lot of people think, “Oh, this is a flu,” so they use what is common knowledge of the flu to guide them. But this virus is not the flu. Knowledge is a good thing, but they don’t realize it’s a misapplication.

In terms of armchair epidemiology, people know math, they know statistics, they know growth curves, they know how to plot them out, they know exponential functions. [Epstein] was using these evolutionary principles … in the proper context, he could be right. But he didn’t check his assumptions. There is no evidence of a weak or strong version of the virus. He’s taking a set of assumptions that are plausible but not recognizing what questions could disqualify those assumptions. He has no idea what those questions even are.

I’ve been thinking about the relationship between feeling confidence —or overconfidence — and fear of an unknown situation. Do you think that the more confident someone is, especially someone presenting themselves as an expert, there is some compensatory mechanism to counteract the fear of the situation, and what they don’t know, and that they might be wrong?

Yes and no! [Laughs.] Confidence comes from knowing something, but not realizing you don’t know everything you need to know. If you’ve been rewarded as a successful economist, you deal with formal models in math, and you have confidence in what you do. This can be true of all of us in our area of expertise. The other thing to consider, obviously, with a known situation, is that boy, people would sure like to know what is going to happen. They may be too quick to latch on to an answer, particularly an answer that is certain, when in fact that’s just an answer. I don’t know about the people who promote answers, but I know there’s an audience for answers. I’d sure like to know when Michigan will release its shelter-in-place order, but we really don’t know, and can’t know yet.

There is a tendency to latch onto one answer, instead of recognizing that we need a total number of answers, a range of possibilities. Another way to put it is people tend to latch onto a scenario, not realizing many scenarios might unfold. That’s a source of overconfidence.

I also wonder about the dangers of the way the media is covering the pandemic with respect to the effects you have described.

There are two things I wish media would do more. There seem to be one to two models that get reported on, and I wish the media would cast a broader range of credible-expert answers that might be true. Or emphasize more that there is uncertainty in everything, a confidence interval. Not the exact answer a model gives, but the boundaries of worst-case/best-case scenario. That’s what matters. Not the central estimate, but the confidence interval around it.

Also, spend more time with experts on how to evaluate the precautions. We look for the answer and often short-change our evaluation of how credible the answer is! We look to see if the message is strong but don’t ask, “Is the message credible?” Having some sort of critique, knowing the uncertainty about projecting the future, is something worth doing.

In the 20 years since your paper was published, the world seems to adhere all the more to the Dunning-Kruger effect. Will this pandemic alter your thinking and work going forward?

This effect has always been there. Now we have a name for it. Regrettably, it’s my name and Justin’s … but now that there’s a name, and we have the internet, now people can give spectacular examples on occasion. I don’t think the world is drifting towards the Dunning-Kruger effect, but now we have something we can tag, a phenomenon going on since forever.

The framework was there, but now it has a name and context.

Darwin mentioned something similar. Take a look at the founding fathers, they knew all of this already. All we did was reinvent thinking from the Enlightenment.

I think the thing to remember is to be open to information but also don’t give new information a free pass. We can’t be paralyzed in terms of what to do. This is an uncertain situation. There are still questions to be answered about this brand-new danger to the human species. Questions like, “Is there immunity? When can we reopen?” There will be more examples out there of people not realizing they are overstepping what they know. I just hope I haven’t done it too much during this interview!