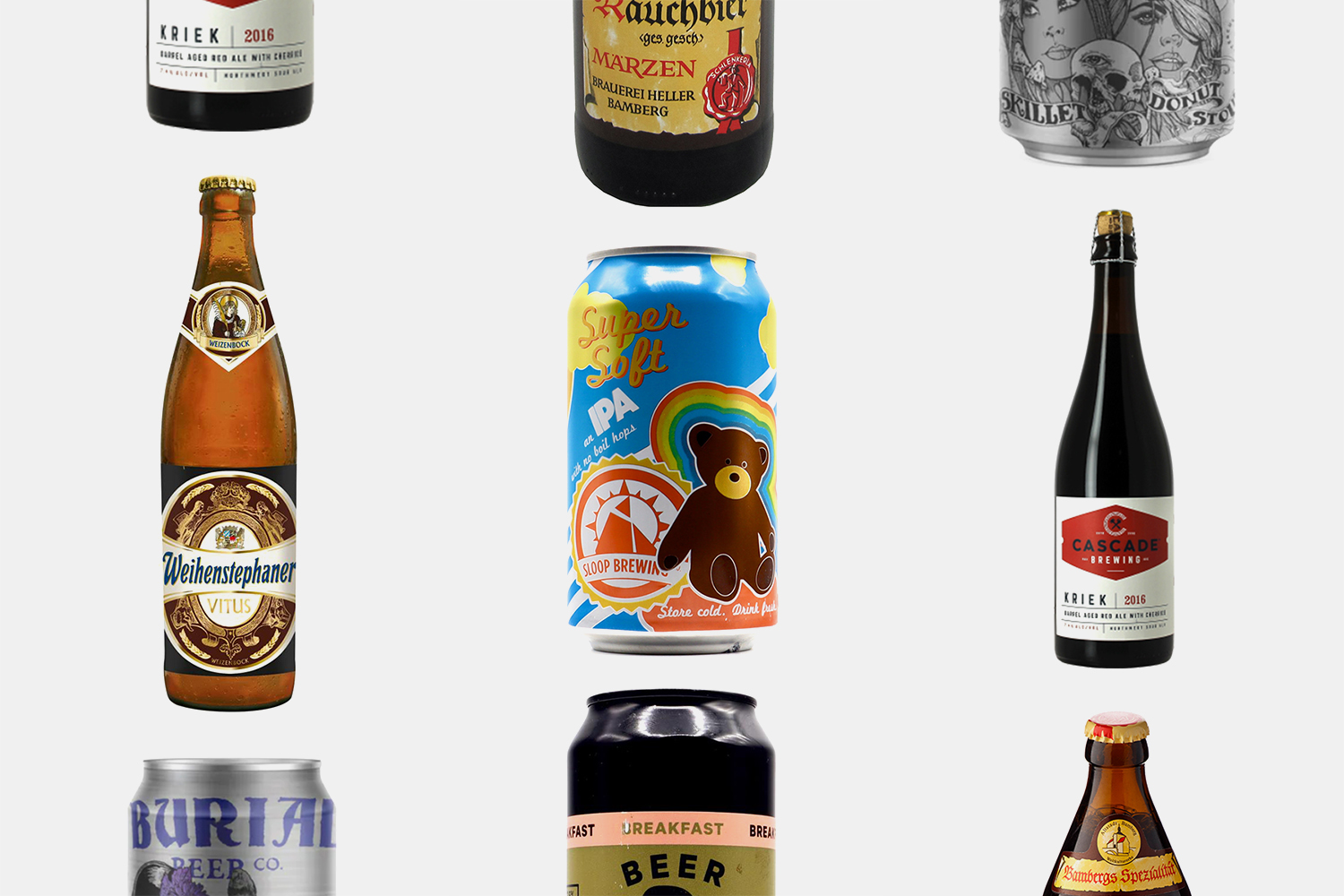 Pairing beer with fall: file under no-brainer. But the market for artisanal suds — especially in and around New York City — is at best vast and at worst so overwhelming that you’d just as soon give up and buy a case of Stella.

Don’t do that. Instead, navigate those hoppy waters with the guidance of Stephen Valand and Erica Shea from the Brooklyn Brew Shop, just now celebrating their 10th anniversary in the beer biz. Hot off the tail of a collaboration with Queens-by-way-of-Copenhagen brewery Mikkeller (and the attendant release of a Beer Geek Breakfast Stout DIY beer brewing kit), we caught up with the duo to give us their top nine for leaf-changin’ season, and why.

And, yes — you can drink beer for breakfast.

“Our absolute favorite autumn beer. It’s a massive stout that’s a little sweet and filled with coffee. You can actually make it at home with our new Mikkeller collaboration Beer Making Kit. We’ll be pouring homemade versions of this beer at every gathering from Thanksgiving through New Year’s.”

“Who doesn’t want a donut this time of year? Especially one you can literally drink.”

“A gentle break form all the super malty beers you’ll be drinking all season long.”

“Award-winning New England IPA that we would firmly embrace any time of year.”

“Traditional hefeweizen turned way up to its malty max.”

“Really easy small-batch Vermont beer for all the leaf-peeping you’ll be doing this autumn.”

“The original smoked beer. The perfect complement to your sweater that still smells like a campfire.”

“Small-batch, big flavor porter from one of Brooklyn’s newest breweries.”

“Cherry-filled sour from Portland, OR reminds you of distant memories of when you could still wear a T-shirt outside.”

Ennio Morricone, the famous Italian composer responsible for scoring spaghetti westerns and more than 500 films, passed away at the... more