RCL music columnist Tim Sommer has been rocked by cover...and not in a good way.

Weezer have released the worst record of all time.

Their cover of Toto’s “Africa” is not merely bad, but malevolent, malignant, actually evil. It takes your memories and your relationship with music and turns it into a disease; then it crawls inside the fetid, feculent death swamp it has created and laughs at you.

Weezer’s “Africa” is the most patronizing record ever made; it pretends to be ear candy, ohhhhhhIlikethat, but it is actually laughing at you, cruelly: You are dumb sheep, its creators taunt. Every single time you enter the word “Africa” into Spotify or YouTube it laughs at you some more, with the mad drooling cackle of a syphilitic over-privileged aging fratboy.

The horror that is “Africa” was made inevitable by multiple factors. These include the era of super-ubiquitous music streaming, which enabled both instant market testing and immediate satisfaction; the inability of our nihilistic and complacent era to distinguish memory from nostalgia and tribute from irony; and the replacement of creativity and originality with the crowd-pleasing Cup-O’-Tears of the TV talent competitions.

Now, I never felt much one way or another about Weezer, apart from the fact that they had a damn good churning guitar sound that took a Mick Ralphs/Johnny Ramone kind of wallpaper slobber and made it into something machine-like and hypnotic. Hats off to the awful f*ckers for that. Oh, and sometimes they sounded like the Undertones if the Undertones has decided to get down on their knees and fellate MTV for years and years; that’s not necessarily a bad thing. And I am guessing they took their name from a lesser-known Our Gang character, and that’s a good one, too. But there was always a moldy thrift store stink of irony about Weezer; and irony is to art what kryptonite is to Superman.

Irony kills art. Nothing can be moving, meaningful, joy inducing or tear-wrenching if irony is involved, because anything that is ironic positions itself as superior to standard human emotion, superior to anything that can touch you.

“Africa” is pop music’s ruffle-hair moment, where it dies, babbling, in its own waste. By ‘Ruffle Hair Moment” I am referring to that incident when Jimmy Fallon (that distasteful, smirking human sow who giggles like a terrified eunuch five nights a week when most of America is watching Netflix) turned Donald Trump into your awkward uncle, totally negating meaningful dialogue for the sake of a “share worthy” moment. Weezer’s “Africa,” too, reduces the entire rock era to a joke, a joke Simon Cowell and all those awful Jennerdashians would approve of, because it is stylish and ironic and accomplished.

Was your rock’n’roll a joke? Was it?

Or was rock’n’roll where you first tasted rebellion, identity, joy, lust, and companionship? Was rock’n’roll something that allowed you to both separate from your parents yet find your tribe? Did rock’n’roll provide you with strange and charismatic gods, like Bowie, Prince, Nico, Joe Strummer or Stevie Nicks?

Weezer are screwing with you, mightily, on any number of levels, all of which basically add up to them announcing, “We are smarter then you.” They want to make it all a joke because in the New Streaming Reality, they want to prove that Nothing = something. They know they have made something of no value, and they knew it would be a hit. Is this not the definition of soul-eroding cynicism?

By the way, Toto’s reciprocal cover, “Hashpipe,” isn’t nearly as repellant, because as horrifying as it is, it is sincere. There is not a touch of irony to it. In Toto’s archaic worldview, the style in which they perform “Hashpipe” — let us describe it as Skunk Baxter jamming with Night Ranger, or G.E. Smith covering Journey’s “Love Will Find You” — is, well, what makes sense to them. 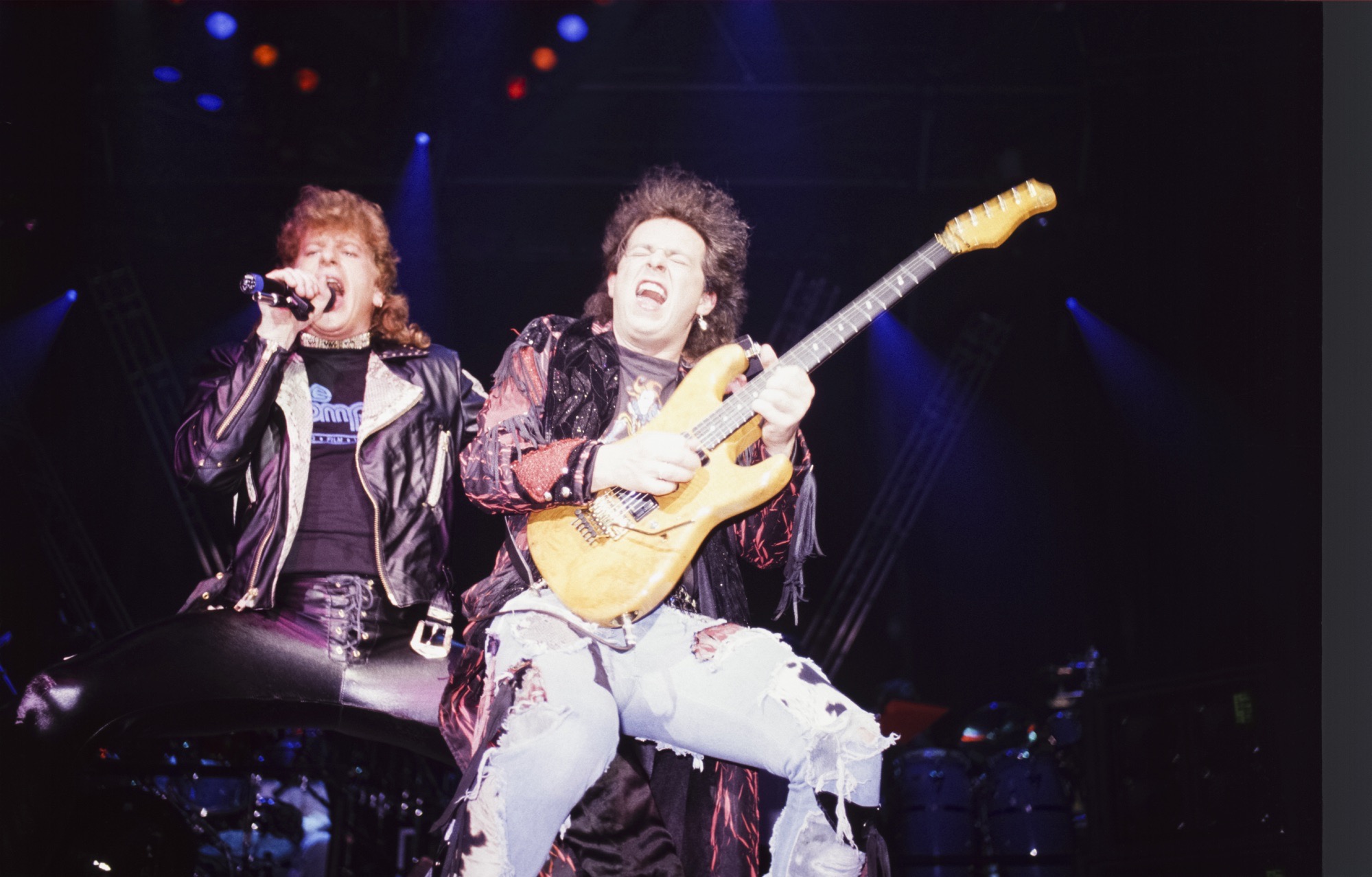 I do not like what they do, as their “Hashpipe” is unlistenable, sub-Asia garbage, but Toto at least come to it honorably.

Weezer’s “Africa,” on the other hand is a disgusting record, a record that literally mocks the meaning and power of rock’n’roll by reducing it to a saggy, sick, and unfunny in-joke.

Why does this matter? Why does one song get me so angry?

Because Rock’n’Roll matters. That’s why.

Rock’n’Roll is the sound of America’s disenfranchised, made electric. From the Juba beat of antebellum Tuckahoe Plantation to the modified Appalachian howls of Jimmie Rodgers and Hank Williams to the sex-calls of Louis Jordan and Elvis to the rhymes of Run DMC and all the manifold descendants of all these pioneers, American music is the creation of those forgotten by the American dream. Truck driving sons of Parchman convicts, the urban and rural poor, the immigrant Jews, Italians and Irish — all the people who had nothing and built America, they built American song, too.

No other art form was born of more suffering, and brought us more pleasure.

I will not stand silent while Weezer piss on this legacy for their own amusement.

Rock’n’Roll, which filled every stage of your life with joy, distraction, companionship, poetry, and energy, whose sages and fools put your feelings into words and your happiness and frustration into a beat, is a common language of the heart. It that tells the story we all share. It should never treat your ability to find a friend in a song as a joke.

Weezer, by digesting your memories and sh*tting out irony, want to take away the only thing you own that is entirely your own: your ability to interpret and experience your own memories and feelings in a completely distinct way. That makes the band nothing less than enemies of the heart.

Think Sommer is being too harsh? Listen for yourself:

The 50 Best American Whiskeys
“The Black Phone” and the 5 Simple Rules for Locked-Door Horror
The 6 Best Hotels Opening This Summer, From LA to South Africa
Kelly Slater Talks Waves and Watches
For Canada Day, a Politely Passionate Defense of Canadian Whisky
Review: Jack Daniel’s Just Released Its Highest-Proof Whiskey Ever
5 Places to See Fireworks That Aren’t the National Mall
Fire It Up on the Fourth: Try Korean BBQ Master Samuel Kim’s Grilled Short Ribs
Fire It Up on the Fourth: Try Gaby Melian’s Argentinian Take On Grilled Skirt Steak