RCL’s Tim Sommer breaks down the music that deserve to be heard.

This was true in 2018: All the works of man and nature, from majestic, star-scratching Everest to the humble Fribble, are subject to impermanence. And to deny that impermanence — to imagine that this peanut butter cookie, this perfect early winter day, this life, this pain, the narcissism of youth, the pride of age, this Law & Order marathon, this heart nearly nauseous with loss, this soul nearly airborne with joy, is never changing and never ending — is an endless road to unhappiness.

This has been true since the earth was a red shimmer of liquid fire, and even before then.

(Another fact is that the Dairy Queen Blizzard is the Emperor of Blended Frozen Treats. This has been true since 1985.)

Rock is not dead. America, driven by numbers artificially inflated by the quick-click economy of unthinking fingers, is basically the only country in the world that seems to think so. In 2018, the Europeans, notably the Swedes and the bloody Russians, emerged as the absolute leaders in the fields of sparkling, frantic, tense and luxurious guitar rock — the kind of music that made us grin and cry when we were young.

Bruce Springsteen earned a quarter of a billion dollars without having to go on tour, creating a new model for elderly superstars: Sitting in one place for long durations playing for the super rich with his Broadway show. Man, you can seeeeee the gears clicking in Sting’s brain. 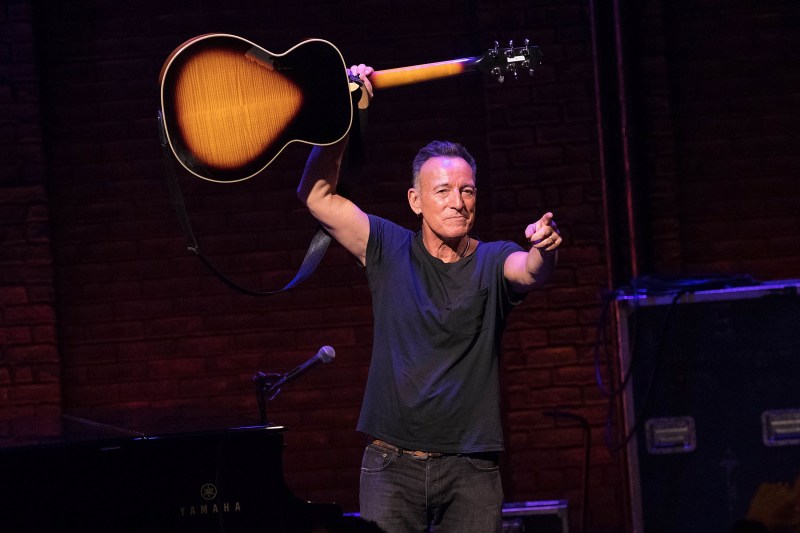 The live music on Saturday Night Live sadly looked up at the Blackjack dealer and said, with the taste of cheap rum on its’ aging lips, “Do you offer surrender?” In other words, one of the prime venues for live televised music in the United States completely gave up the ghost, throwing in the towel and letting any YouTube pretender (or lazy legend) sloppily lip-sync to their heart’s content.

The Grammys affirmed that they are so absolutely terrified of being labeled racist or politically incorrect that their process has become warped beyond recognition or likely repair.

Bob Dylan, after nearly sixty years of tumbling brilliance, asserted that he could carry the heart of rock’n’roll (comprised of the ice-covered shards of Buddy Holly’s Beechcraft 35 Bonanza, the wood from a Frenchman Street bar top tattooed with the rings from decades of beer, and the high lonesome rolling rock of Texas dance halls) onto the stage with him every night. In the process, he made each and every live performance alive with urgent, bubbling boogie poetry.

We lost Mark E. Smith, and let me say this about Mark E Smith: He was the true (and likely only) Memphis-beat’n’roll heir to Dylan, to Ginsberg, to Blake, to Joyce, to Pynchon. To paraphrase the great Ginsberg, no other musician of his era better understood the ancient heavenly connection to the starry dynamo in the machinery of night.

And 2018 was the year that not one single major music superstar offered any meaningful support for Democrats running in the midterms, thereby demolishing any jaw-gabbing pretense that these artists, who built their careers on the dollars and dimes of the disenfranchised, truly care about the rights and future of those who are threatened socially or economically.

As for our Top Ten albums of the year…

Please note that I make absolutely no claim that these ten were the “best” albums of 2018: There were far, far too many albums I didn’t hear (or released in genres I do not follow) for me to stick my nose in the air and pretend that this list is definitive.

However, the following ten were my favorites. I could also argue that about half this list belongs on anyone’s list, and if your favorite music scribe, blogger, or social media poster doesn’t know how freaking good recent albums by Sleep, Immersion, Anna von Hausswolff, and Nytt Land are, they have no effing business writing/posting/blogging about music.

So without further ado, here is my Top Ten, more or less in order:

SLEEP The Sciences
Sleep’s first album of the 21st century was the best American hard rock album since Funhouse by the Stooges. Crunching, howling, sludgy, mesmerizing, it effectively and brilliantly bridged the gap between Sabbath and Floyd, Black Flag and Om Mane Padme Hum. No band, ever, has so successfully mixed the very hypnotic with the very heavy.

IMMERSION Sleepless:
From the maxi-minimalist minds, hands and hearts of Wire’s Colin Newman and Malka Spigel of Minimal Compact, Sleepless presents seamless yet continually stimulating, chiming, hypnotic glistening Krautrock. This sliding dream of an album, exquisite and spellbinding, sets a new bar for edgy, (largely) guitar-based ambience. It would be effective in spas and punk clubs, elevators and drug-fogged 24-hour Berlin day/night raves. Its elegance, its allure, its ability to effortlessly take you into its own space and effortlessly defies genres.

CATERINA BARBIERI Born Again in the Voltage
Last night I watched a documentary on the amazing Klaus Nomi, and I thought, every now and then an artist is so singular, so original, so strange yet so user-friendly, that when we see and hear them we are glimpsing into the future of pop. That is how Caterina Barbieri makes me feel. Some may hear a collection of hums, bleeps, buzzes sweet and harsh, and swoops of radiation and ambience; but Barbieri, from Italy via Berlin, translates fear, hope, and science into a sound that is as familiar as the roadside or the refrigerator buzz heard from the crib — and as startling as discovering a new planet.

DANHEIM Herja
Nothing less than a new venue for ambient music, from one of the most bewitching new artists of the decade. Imagine the rituals of the past dressed in mist and mud, emerging from the wreckage of a recording studio on the morning after the last days of the modern era. Danheim has given us a rumbling, gasping, ecstatic record from the Viking Planetarium, sounding like the urgent, hunger-filled mesas and mountainsides of the past reaching out to the space wars of the future.

DAVE DAVIES Decade
This is so rare: A compilation of unreleased material that re-writes pop history. On Decade, Davies collects tracks that he recorded in the 1970s but never released. This, however, is not an album of odds and ends — far, far from it. This collection of resonant, ringing, heart-scraping, soul revealing productions are superior to much of the material the Kinks formally released in the ‘70s. As Ray was writing songs of wit, plot, and observation, brother Dave was looking inward, baring his soul, letting his heart scream, sigh, whisper, and weep. The results are astounding, like discovering that All Things Must Pass had been kept in the closet for five decades.

NYTT LAND Odal
A dazzling prayer of an album, Odal is a call to peace and war. Perhaps it’s best described as Renaissance if they had emerged from the dirt and beauty of a Game of Thrones landscape. To others, it may conjure the bite and glower of black metal translated into an ancient and eternal vocabulary. It is music that might be found in the past or in the future, accompanying ceremonies around holy arks, baptismal fonts, and funeral pyres. Possibly the only album will make total sense to fans of Fairport Convention, Dimmu Borgir, and Arcade Fire.

ANNA VON HAUSSWOLFF Dead Magic
Hausswolff should be on any list of the most powerful and riveting female recording artists alive today. If Kate Bush had sat behind a massive cathedral organ, or if the Moody Blues decided to burn down churches before recording Days of Future Passed, it might sound like this. Going from hushed to atomic and atom-sized to astronomic, Hausswolff is inventing her own vocabulary for drama, intensity, and quality, and creating some of the most magical records of the modern world in the process.

KINKY FRIEDMAN Circus of Life
This dusty teardrop of an album, Kinky’s first release of new and original material this century, is a deeply affecting mixture of minimalism and darkness and an absolutely riveting mediation on age and loss. It is, perhaps, the greatest surprise of 2018.

KOSMISCHER LÄUFER The Secret Cosmic Music of the East German Olympic Program 1972 – 83, Vol. 4
Choose your backstory: Either this is the fourth compilation of music originally recorded in the early-ish 1970’s to inspire and motivate the East German Olympic Team…or for the fourth time, the mysterious Kosmicher Läufer have recorded an extraordinary homage to the most legendary and ear-satisfying Krautrock artists, specifically Harmonia, Neu!, Kluster, and Kraftwerk. Whatever the case, this collection achieves a remarkable feat: A tribute, a stylistic appropriation, which is actually as good or better than the stuff it is imitating. This is essential – that’s right, essential – listening for anyone who loves a genre that seems more important and influential every year.

CHRIS BUTLER, RALPH CARNEY Songs for Unsung Holidays
Just get this one, okay? Songs for Unsung Holidays is the work of a pair of authentic American legends: Chris Butler and the late Ralph Carney, two of the founding fathers of alternative and independent music in the United States. Songs for Unsung Holidays is, well, just that: original songs describing and paying tribute to peculiar and minor holidays. It summons strange and riveting American magic from first track (“Tapioca Day”) to the last (“Hippie Day”). Sixteen weird pastiches of garage trash, musique concréte, hillbilly, and uneasy easy listening, it basically sounds like the Residents/They Might Be Giants/Captain Beefhart collaboration you always dreamed of. Neither silly, nor superfluous, it is a loving tribute to the American imagination.

Worth an honorary mention, even though it wasn’t a record: Episode 6 of this season’s wonderful and peculiar TV series, Joe Pera Talks With You, is perhaps the best thing you will ever see describing why and how we fall in love with rock’n’roll.