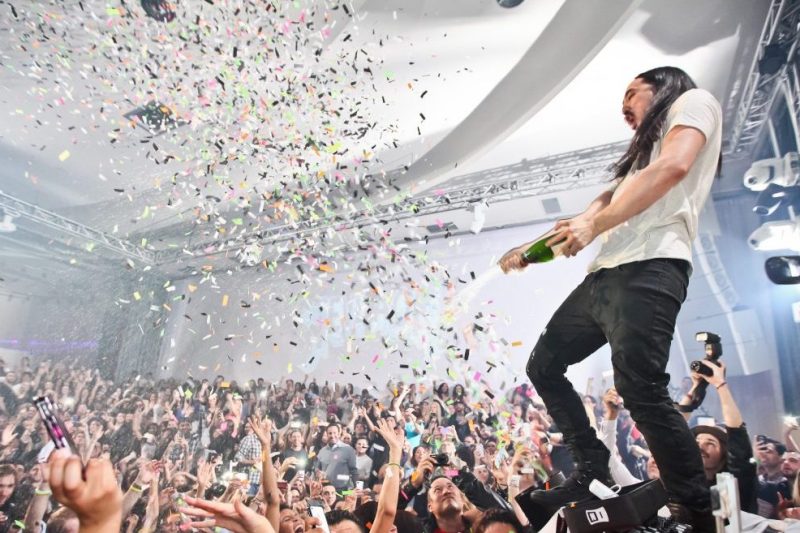 There’s a lot to be said for the life of an elite DJ. For one, the pay’s good: In 2015, you needed to earn at least $16 million to make the top 10, and Taylor Swift’s ex-boyfriend Calvin Harris topped the list with a cool $66 million. Even if you’re not quite at that level, who wouldn’t love a career where you’re expected to travel and party all the time?

Musicians have long found touring difficult, but it can be a uniquely trying existence for a DJ. For one, there’s the schedule: Curt Cameruci (who DJs under the name “Autobot”) notes that you “finish at 3 a.m. or later” and go back to the hotel “before an 8 a.m. flight.” Completely sleepless nights are not uncommon, with Cameruci noting that it’s common to move beyond exhaustion to what he calls “straight-up confusion.”

Beyond this, while bands usually only tour occasionally (say, when they release a new album) a DJ may do it ceaselessly. Steve Aoki, whose father, Rocky, founded Benihana, has played an estimated 200 gigs a year since 2007. He is well-compensated for it, with $25 million in 2015 alone, but still notes: “Being on planes and in hotel rooms all the time can be very difficult on the body and brain.”

Beyond this, DJs don’t need bandmates or roadies. Tony McGuinness of the group Above & Beyond says you often wind up traveling with just a “pair of headphones and an SD card. It’s very mobile, so we can do more shows that are farther apart.”

So unless you’re a superstar who can afford to take time off (or pay for people to travel with you, just so you have some companionship), a DJ can lead an existence where he’s either alone, desperately trying to get some sleep; or just needing to be “on,” so he can get the crowd going and justify his salary.

To read more about the surprising struggles of top DJs, click here. Below, watch Aoki “rafting” over a crowd of crazed fans, and see why even the most physically exhausted DJ would be reluctant to turn his back on the profession.