The Science Behind “Earworms,” aka Songs That Get Stuck In Your Head

Don’t worry, there’s a reason why “Don’t Stop Believin’” gets stuck in your head for days every time you hear it. In fact, there are a couple of reasons. And they’re backed by science.

Songs that get trapped in your head for long periods of time, commonly called “earworms,” are the subject of a study by Durham University (in England) researcher Dr. Kelly Jakubowski, who recently published a paper on the subject in Psychology of Aesthetics, Creativity, and the Arts. Jakubowski and her team found that earworms have three distinct qualities that separate them from other songs: pace, melodic shape, and unique intervals.

Pacing, the team found, is crucial. Many commonly cited earworms have upbeat, danceable tempos, but are still slow enough to easily track. Most earworms follow the melodic preferences of Western pop music, which in turn follows many of the melodic contour patterns in nursery rhymes. “Twinkle, Twinkle, Little Star,” for instance, has a rising pitch in the first phrase that falls in the second, a common trait of earworms. (Maroon 5’s “Moves Like Jagger” was specifically called out by the study for this.)

But childlike simplicity and a peppy tempo aren’t enough to make an earworm. A true earworm changes its game up with at least one unusual interval structure, defined by the study as “unexpected leaps,” repeated notes, or any other idiosyncratic tick in the song’s composition that makes it memorable, in addition to catchy. The opening riffs of Deep Purple’s “Smoke on the Water” and the Doobie Brothers’ “China Grove” are good examples of this. 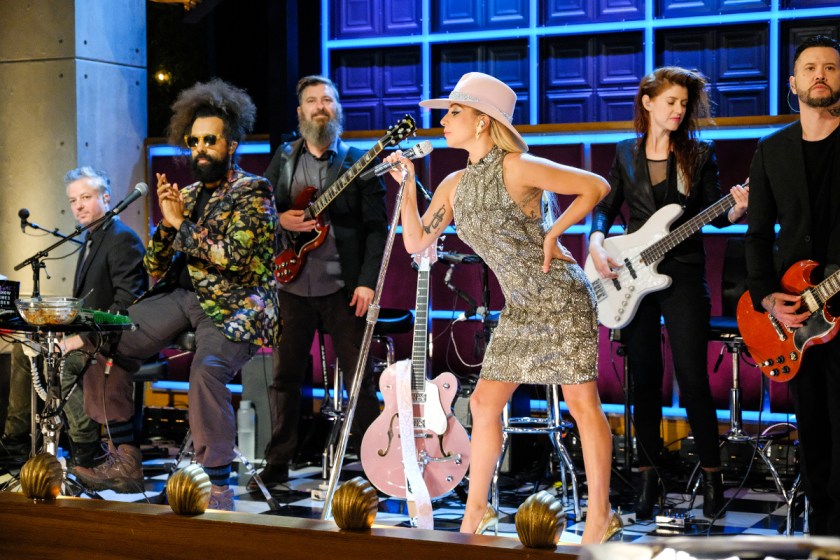 Of the 3,000 people surveyed for this study, the most commonly agreed-upon earworms were “Bad Romance,” “Alejandro,” and “Poker Face” by Lady Gaga, “Can’t Get You Out of My Head” by Kylie Minogue, “Somebody That I Used to Know” by Gotye, “California Gurls” by Katy Perry, and “Bohemian Rhapsody” by Queen, along with the aforementioned Journey and Maroon 5 songs.

Our apologies if one or more of those songs gets stuck in your head now.