Songs of the Week: Sleater-Kinney, Nick Cave and More 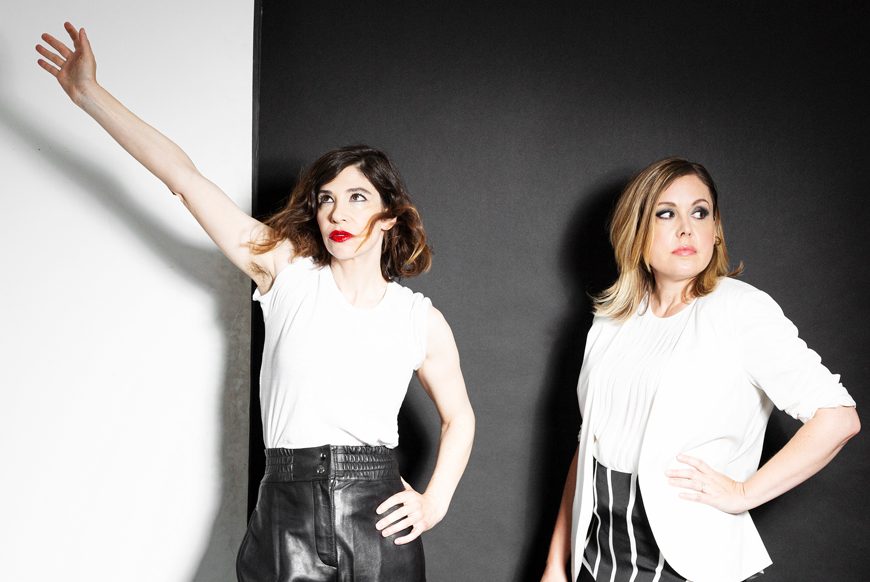 We kicked off October with an embarrassment of riches. Today we finally get excellent new albums from Wilco and Angel Olsen, whose singles we’ve previously highlighted, but in addition to new records to sink our teeth into, we were treated this week to some non-album tracks from the likes of Sleater-Kinney, Craig Finn and CHVRCHES. As always, we’ve compiled the best and most noteworthy into a handy playlist for your weekend listening. Check it all out below.

The Who, “All This Music Must Fade”

“I don’t care, I know you’re gonna hate this song,” Roger Daltrey declares in the opening lines of the latest single from the classic rock icons’ forthcoming WHO (out Dec. 6th). The defiant track is a tongue-in-cheek look at musical originality and their legacy. As Pete Townshend says in a statement, it’s “dedicated to every artist who has ever been accused of ripping off someone else’s song. Seriously? Our musical palette is limited enough in the 21st century without some dork claiming to have invented a common chord scheme.”

The Hold Steady frontman’s latest tackles the idea of getting older, revisiting old punk haunts and moving on (as he sings, “I think the scene’s gonna fall apart pretty soon/I heard a song that I liked on the radio”). “‘It’s Never Been A Fair Fight’ is about the extreme difficulty of staying true to the rigid rules of a subculture as you get older,” Finn explains in a statement. “The character in the song revisits an old peer and finds struggle and disappointment in the place he left behind. I’ve always really loved this song, and people seemed to connect with it on my acoustic tour with Brian Fallon. Excited to be sharing the full band version with the world.”

The rapper behind the viral hit “Mooo!” hasn’t yet announced a release date for her forthcoming sophomore album, Hot Pink. But this week, Doja Cat unleashed the album’s first single, “Bottom Bitch,” which features a slowed-down sample of blink-182’s “What’s My Age Again.”

King Princess, “Hit the Back”

Our latest taste of Cheap Queen, the highly anticipated debut album from King Princess (aka Mikaela Straus) out Oct. 25th via Mark Ronson’s Zelig Records, is a seductive pop anthem. “And I need you to be my motor/And run me ’til I can’t go further,” she sings, before asking “Ain’t I the best you had?”

CHVRCHES’ latest is named for the Playstation 4 game “Death Stranding,” and it appears on Death Stranding: Timefall, a collection of music inspired by the video game due out Nov. 7. “The concept of ‘Death Stranding’ is so unique and really felt to us like it was challenging people to care about the world they create — in the game and otherwise,” the band said in a statement. “We wrote this song specifically for ‘Death Stranding,’ thinking of the themes of the game and what it is trying to say to people.”

Sleater-Kinney released their excellent The Center Won’t Hold back in August, but this week the band dropped new standalone single “Animal” as they prepare to head out on tour in support of the record. “‘Animal’ is a song about rebellion, retaliation and rage,” Corin Tucker said in a statement. “It is a song about letting go of all politeness and filters and letting the ‘animal’ side speak. The vocals for this song were recorded in St. Vincent’s home studio, a perfect place to unleash a voice like this.”

We still have to a wait a week for Big Thief’s Two Hands to come out, but new single “Forgotten Eyes” will absolutely tide us over until then. “The wound has no direction/ Everybody needs a home and deserves protection,” Adrianne Lenker sings as she muses on human connection and the “common soil keeping us dry and warm.”

Danny Brown’s uknowhatimsayin¿ is out today, and earlier this week he released “3 Tearz,” his collaboration with Run the Jewels produced by JPEGMAFIA, debuting it on his Twitch stream. “That’s goddamn right, I’m goddamn Mike,” Killer Mike raps. “Win in the end like Tina did goddamn Ike.”

Seeker, Mikal Cronin’s follow-up to 2015’s MCIII, is out Oct. 25th via Merge, and this week he shared the trippy “I’ve Got Reason” from the album. “This song runs through a mess of confusing interactions in a world that gets stranger all the time,” Cronin said in a statement. “Musically it’s got some Beatles and some Nirvana, with a bendy mellotron line that helps tie the worlds together.”

Nick Cave & The Bad Seeds released Ghosteen, their follow-up to 2016’s Skeleton Tree, earlier this week, and while the entire double album is worth a spin, it’s worth starting with the gorgeous 12-minute title track, where Cave’s grief over the death of his 15-year-old son Arthur can be felt. “The three bears watch the TV/They age a lifetime, oh lord,” Cave sings. “Mama bear holds the remote, papa bear he just floats/And baby bear, he has gone to the moon in a boat.”