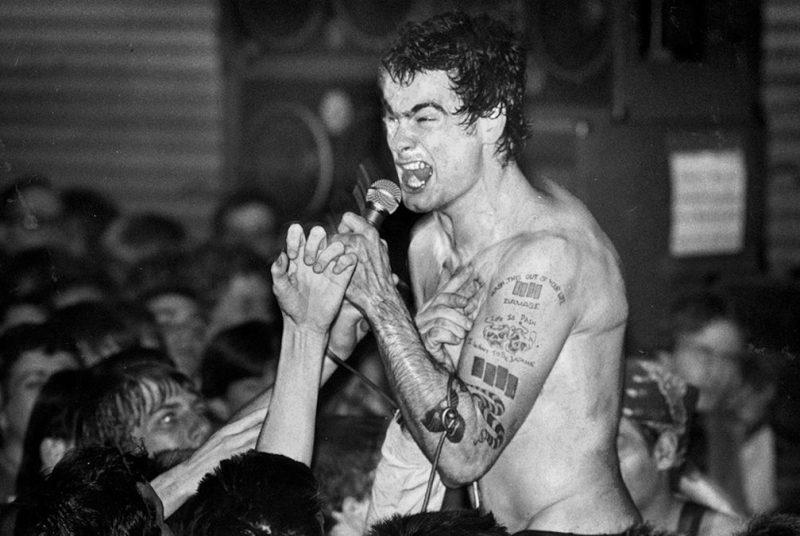 Punk rock is celebrating its 40th birthday this year, based on the general consensus that the release of the Ramones’ 1976 debut marked the definitive birth of the music genre and related subculture.

The concept, style, and musicality of punk has changed a lot since then, due in part to its interactions with mainstream pop culture, but it’s still a vital part of underground music, and many of its originators and early adopters are still making art of their own. As one would expect, they weren’t short on opinions when asked recently by The New York Times‘ Christopher D. Shea to reflect on what punk rock meant 4o years ago, and what it means today.

Steve Diggle, guitarist and singer for The Buzzcocks, told Shea that punk was and is about “waking people’s consciousness up…there’s a lot of somnambulists around, sleepwalkers controlled by society. I think punk stopped and questioned that kind of socialization for a while.”

Jon Savage, author of England’s Dreaming: The Sex Pistols and Punk Rock, agreed, saying that “punk was for the marginal and the brave,” and credits “punk’s self-starter-D.I.Y. impulse” with keeping its rebellious spirit “applicable across cultures and times.”

American media personality and former Black Flag vocalist Henry Rollins had a more cryptic response to The Times‘ Shea, referring to punk as “a passionless and immediate dismissal of intimidation,” as well as “a desire to confront that is indistinguishable from lust.”

Danny Fields, the Ramones’ former manager, had the most playful response, defining punk as “a four-letter word aptly ending with the letter K, which has been extremely handy when affixed to music, poetry, fashion, art, politics, dance and media.” He also, and more earnestly, defines punk as “youth…sexiness, originality, belonging, spontaneity, rebellion, humor (one hopes) and a mode that’s very stylish and a bit transgressive.”

To read more from this great story, click here.