Elvis Presley rehearsing for his performance on 'The Milton Berle Show' on June 4, 1956, in Burbank, California. (Michael Ochs Archives/Getty Images)
By Will Levith 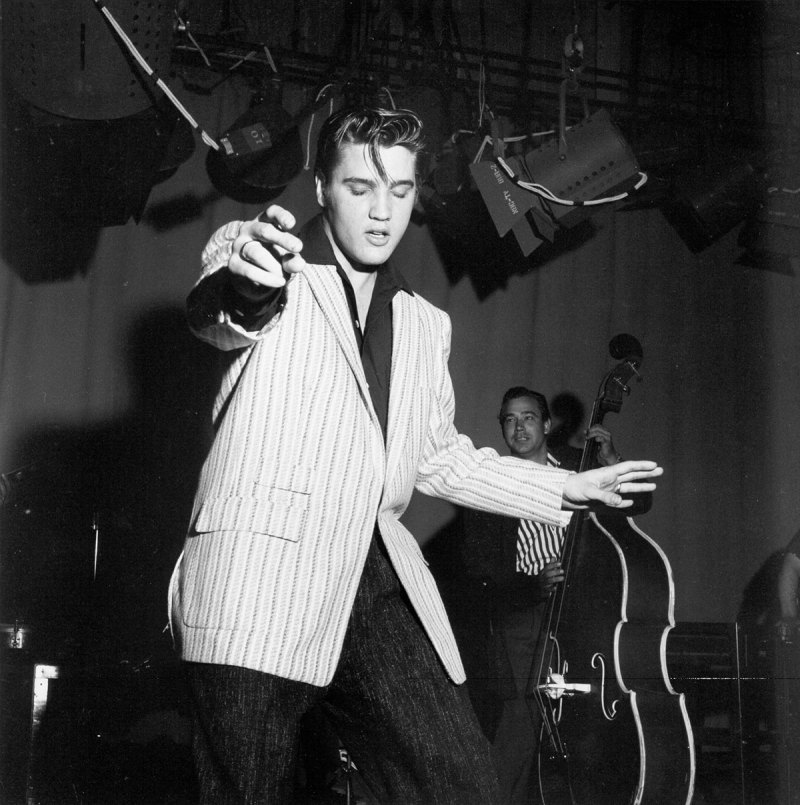 Elvis Presley rehearsing for his performance on ‘The Milton Berle Show’ on June 4, 1956, in Burbank, California. (Michael Ochs Archives/Getty Images)

It seems as though everything Elvis Presley ever said or did has been written about, analyzed, and/or captured on film. After all, “The King” was the first-ever legit rock-and-roll superstar, what with his shaking hips, warbling vocal delivery, and boyish good looks.

But one particular piece of Elvis lore had evaded fans and experts alike since the artist’s rise to fame: the identity of the individual sung about in his first No. 1 hit, “Heartbreak Hotel.” Says Rolling Stone writer Randy Boswell, “Florida songwriters Tommy Durden and Mae Boren Axton always claimed the creative spark…was a 1955 newspaper story about an anonymous man’s suicide and his cryptic note about that ‘lonely street.’” But the article had never surfaced—and the identity of the heartbroken never been revealed.

The sheer influence of the song cannot be exaggerated. Hearing it for the first time was the life-changing moment for high-profile rockers such as The Beatles’ John Lennon, The Rolling Stones’ Keith Richards, piano man Elton John, and Led Zeppelin’s Robert Plant.

Back to the heartbroken’s identity, though. We finally have an answer, as despite the songwriters and of course Elvis having long ago passed away, a copy of the story was at last discovered. The inspiration was Alvin Krolik, a former Marine Corps judo instructor, who entered a life of crime after breaking up with his wife. Later in life, he took part in a botched liquor store holdup, which led to the newspaper article that was Durden and Axton’s inspiration for their famous song.

Read the fascinating story at Rolling Stone. Listen to the song that launched some of the most celebrated musicians ever below.