A Look Back at March, When the Music Industry Died but the Music Thrived 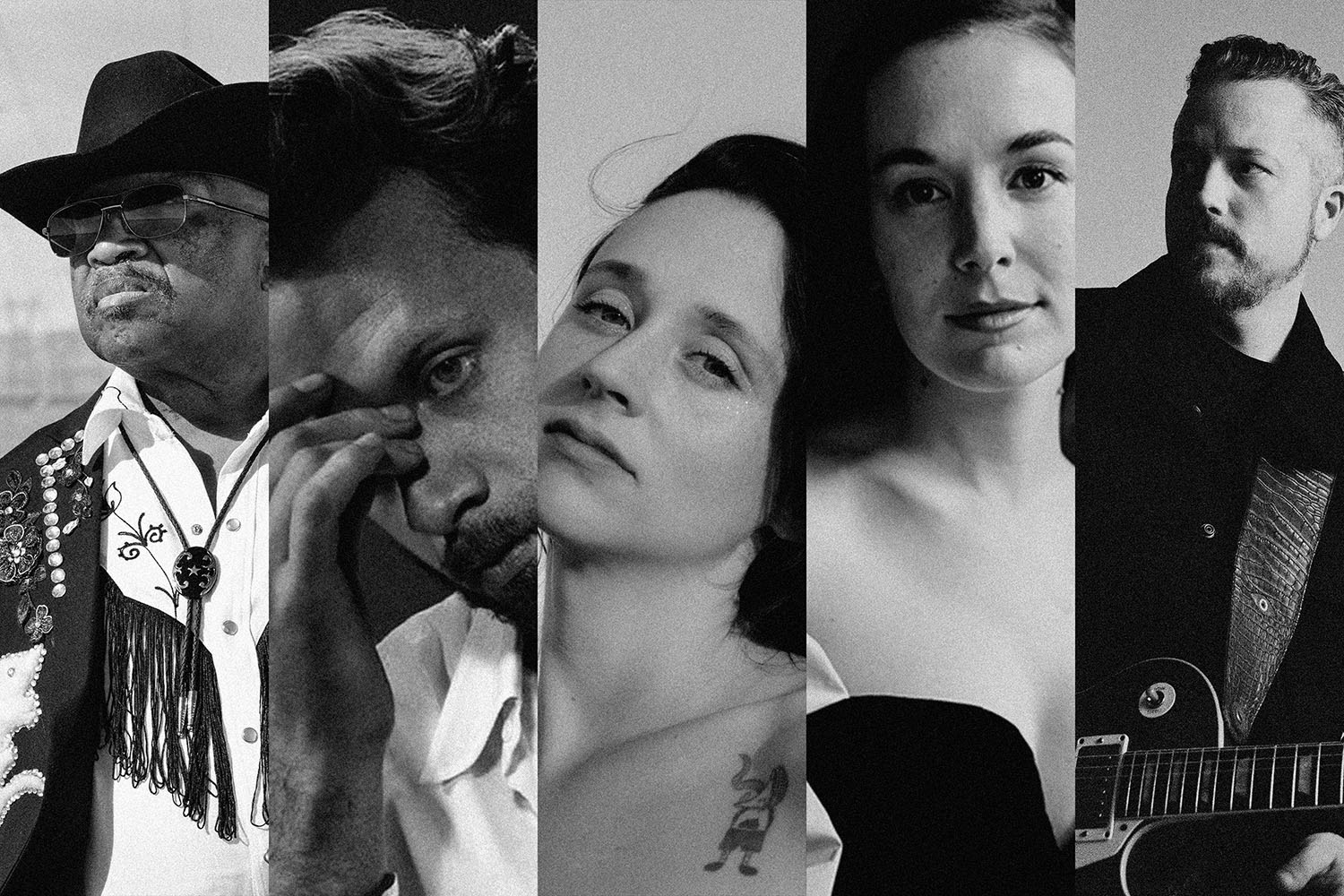 We didn’t expect when we first started kicking around the idea of doing a monthly music column that the first installment would be coming under circumstances like these.

On the one hand, it’s weird timing to launch a new column highlighting all the major happenings and storylines in the world of music in a month where the major storyline is that the industry has been devastated by cancellations and lost income due to a pandemic. But, cheesy as it may sound, music has always provided comfort in trying times, and so in some ways, maybe this is the perfect time to introduce this column and highlight the releases that have been providing some much-needed distraction to help us get through the uncertainty and anxiety of being trapped at home for weeks (or months?) on end.

We’d be lying if we said we had any idea what this column will look like a month from now. Will anyone be bold enough to actually put out an album in April knowing they’ll have no way to promote it until summer at the earliest? Will out-of-work independent artists get the relief they so desperately need? Will this space be a list of COVID-19-related obituaries next month? You can drive yourself crazy speculating. For now, all we can do is take it one day at a time, crank up some tunes and try to find a little comfort wherever you can.

So without further ado, we present to you the inaugural edition of Hear Us Out, a survey of the new releases, major storylines and assorted footnotes that dominated our musical conversations this month.

As coronavirus continued to spread like wildfire across the globe, venues shuttered, and pretty much every spring or summer festival and tour you can imagine was postponed or canceled outright. SXSW was scrapped for the first time in its 33-year history just a week before it was slated to begin, and other major fests soon followed suit. Coachella and Bonnaroo were among those that tentatively postponed to the fall, while others, like Glastonbury, decided to cancel outright and focus on 2021. Artists like Lady Gaga, HAIM, Hinds, The 1975, Margo Price, Alicia Keys and Willie Nelson have all pushed back the release of albums that were planned for April. Even Record Store Day was rescheduled to June.

The fallout was devastating to local economies (particularly in a city like Austin, which counts on SXSW to bring in over $300 million annually) and artists alike. David Crosby said he’s in danger of losing his home. But fans and organizations have rallied around their favorite musicians in their time of need, buying merch to support them and doing whatever they can to get a little money in their pockets. On March 20, Bandcamp waived its revenue share on all sales, and fans spent $4.3 million on nearly 800,000 items. The Recording Academy and MusiCares announced a relief fund for musicians impacted by the pandemic, Spotify donated $10 million to artists who are struggling, and the Newport Festivals Foundation followed suit with a fund dedicated specifically to musicians in the folk and jazz communities.

“It is with utmost hope that the Newport Folk and Newport Jazz Festivals will go on this summer, but in the meantime we feel the call to do more,” Newport Festivals executive producer Jay Sweet said in a statement. “We are in a unique position with our foundation, where we can go above and beyond and help provide support for our musicians community while other tours and festivals are cancelling due to COVID-19. I want to be clear, this is not a fundraiser, these are funds that our Festivals Foundation already allocates to annual giving. In this dark time, we feel blessed to be able to provide some small comfort for those whose songs carry us through each day.”

In fact, despite the financial hardship many of them are currently enduring, musicians have been carrying us through each day. Many have turned to livestreaming songs or sets to provide a much-needed distraction or even raise some money for a local food bank while they find themselves stuck at home. Belle and Sebastian’s Stuart Murdoch has been leading guided meditation on Facebook Live. And after the scary news that John Prine had contracted the virus and was in critical condition broke (Prine’s wife Fiona has since said he’s “stable”), Joan Baez dedicated a performance of his “Hello In There” to the legendary songwriter on her Facebook, saying, “John, this song that I’ve sung of yours has been one of the most requested songs in my repertoire for over 40 years. So let me sing it to you and send along my best wishes and prayers.”

We’ve all got certain songs or albums we turn to when we need the audio equivalent of a warm blanket or a stiff drink, and I’m guessing that we’ve all had those tracks on heavy rotation these past few weeks as we cope with the uncertainty and anxiety of life in quarantine. It’s hard to go wrong with something as joyful and soothing as the music of Stevie Wonder, and one of the highlights of my Saturday night was watching Questlove’s aptly named “Stevland Saturday” DJ set live-streamed to his Instagram, which featured a whopping six hours of Stevie Wonder covers, live takes, rarities and of course, the hits, all to raise money for Food Hub, a New York non-profit that provides meals and resources to the 600,000 students in the city who depend on their school meals for food. Turns out that a deep dive on a classic, beloved artist was just what the doctor ordered, and it was impossible not to smile along with Questlove when he got an unexpected call from Wonder himself during the stream.

Beyond Stevie Wonder, I’ve been finding a lot of solace lately in Wilco (Yankee Hotel Foxtrot, naturally, but Being There has also been on heavy rotation), Aretha Franklin (her cover of “Bridge Over Troubled Water” is perhaps a little on-the-nose for times like these, but I don’t care; it does the trick), favorites like the Velvet Underground and the Ramones, and weirdly enough, Father John Misty’s apocalyptic Pure Comedy.

To help us all cope with the fear and boredom of being homebound indefinitely — and in some cases, to help raise money for those who have been hit hard by the virus — many artists spent March rolling out rarities or testing out new material on various live-streaming platforms. Sonic Youth shared 12 live recordings, ranging from a CBGB’s set from 1988 to their final US performance in 2011. Bruce Springsteen released his 2009 “Live in Hyde Park” London show in its entirety for the first time, while The National streamed their D.A. Pennebaker and Chris Hegedus-directed concert film, The National – ‘High Violet’ Live From Brooklyn Academy of Music (BAM), on their YouTube channel.

Father John Misty released a new live album, Off-Key In Hamburg, on his Bandcamp page with all proceeds going to the MusiCares COVID-19 Relief Fund. Bonnie “Prince” Billy and Matt Sweeney’s Superwolf resurfaced with “You’ll Get Eaten, Too” to benefit staff at Drag City Records as well as New York’s Superiority Burger. Michael Stipe shared a new demo on YouTube, where the Mountain Goats’ John Darnielle has also been active.

We’ve all got plenty of extra time on our hands this month, so why not catch up on some music-related reading? You can find all of InsideHook’s music content here, but we also recommend checking out the following pieces: Michael Tedder’s oral history of Myspace Music for Stereogum, David Browne’s “Can Elvis Rise Again?”, which examines the Elvis estate’s attempts to keep the King relevant for Rolling Stone, and Emily Nussbaum’s fantastic Fiona Apple profile for the New Yorker.

Waxahatchee, Saint Cloud
On Friday, Katie Crutchfield dropped her latest album, Saint Cloud, and it couldn’t have arrived at a better time. It’s a soothing, moving record that feels a little too relatable at certain points — “in my loneliness, I’m locked in a room,” she sings on “Can’t Do Much” — and the deeply personal collection of Americana songs (Crutchfield has said in recent interviews that getting sober allowed her to tap into the emotional well of this album) is one of the best of 2020 so far.

Swamp Dogg, Sorry You Couldn’t Make It
After he received a nice bump around Valentine’s Day from being name-dropped in Hulu’s High Fidelity remake, Swamp Dogg returned in March with Sorry You Couldn’t Make It, a country album that sees the psychedelic soul man reimagining himself yet again. It features guest contributions from the likes of Jenny Lewis, John Prine and Justin Vernon, and you can read more about it here.

Margaret Glaspy, Devotion
Devotion is definitely a departure from Glaspy’s 2016 debut, Emotions and Math, featuring more synth-pop influences. But it’s a fascinating left turn from a talented artist, and like Waxhatachee’s Saint Cloud, it feels eerily tailor-made for these times. “We keep living like we’ll never die / And we keep killing what keeps us alive,” she sings on “Killing What Keeps Us Alive.”

SONGS YOU NEED TO HEAR

Childish Gambino made his return; Hamilton Leithauser, Run the Jewels, Lucinda Williams and Jason Isbell all gave us a taste of their forthcoming albums; Bob Dylan dropped a 17-minute meandering track about the JFK assassination; Bright Eyes returned with their first song in nine years; Lakeith Stanfield released a track as HTIEKAL; Hayley Williams enlisted the help of boygenius; The Memories covered the ’90s pop classic “The Sign” with an assist from Colleen Green; and Stranger Things star Maya Hawke (who happens to be the daughter of Ethan Hawke and Uma Thurman) dropped a new single from her upcoming album. You can listen to all that and more in the playlist below.