LAS VEGAS, NV - MAY 09: Musicians Robert Trujillo (L) and James Hetfield of Metallica perform onstage during Rock in Rio USA at the MGM Resorts Festival Grounds on May 9, 2015 in Las Vegas, Nevada. (Photo by Kevin Mazur/Getty Images)
By David Kiefaber 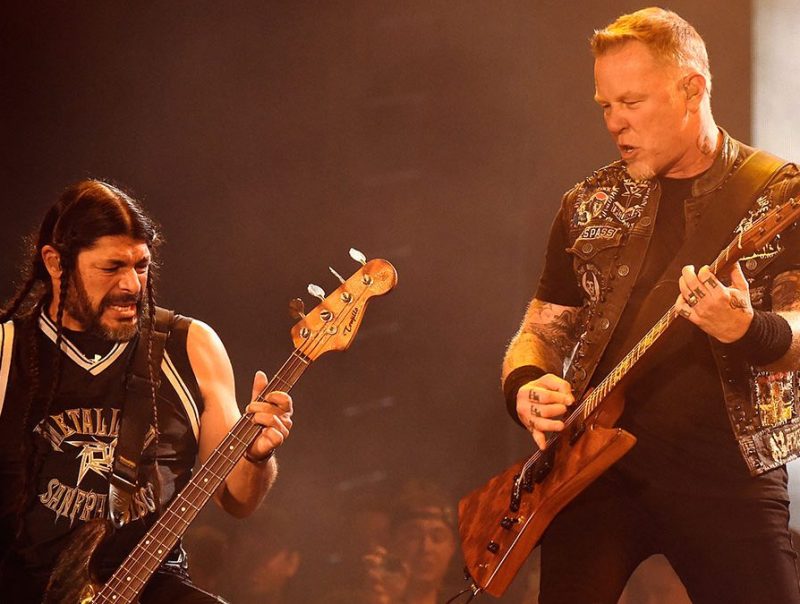 Metallica fans who miss their early sound will rejoice at the news that their upcoming album, Hardwired…To Self Destruct, is a return to the blistering thrash style that began their career as a band.

Alongside Anthrax, Megadeth, and Slayer, Metallica is considered one of the “big four” bands that popularized thrash metal in the United States. Their first three albums—Kill ‘Em All, Ride the Lighting, and Master of Puppets—won them critical acclaim and a dedicated fanbase within the underground music community, but they’ve drifted away from that style towards a more mainstream, commercially-viable sound. With this album (and, to a degree, 2008’s Death Magnetic), the band has hit the reset button and rediscovered the music that brought them to the pit.

Hardwired…To Self Destruct will be released in November 2016, and the band is currently touring in advance of its release. In the meantime, check out this video of Metallica performing “Hardwired.”