The Texas songwriting legend says we ought to give Donald Trump a chance.

Which is stranger: That Kinky Friedman, septuagenarian singer, songwriter, author, raconteur, entrepreneur, politician, wicked commentator and wise observer, has made one of the very best albums of 2018?

Or is it more peculiar that this rebel Texan legend, a friend of Bob Dylan, Bill Clinton, and Willie Nelson, says we ought to give Donald Trump a chance?

Now, we’ll get to the Trump thing in a bit, but first: Let’s talk about Circus of Life, the first album of new, original material Kinky Friedman has released in 35 years. 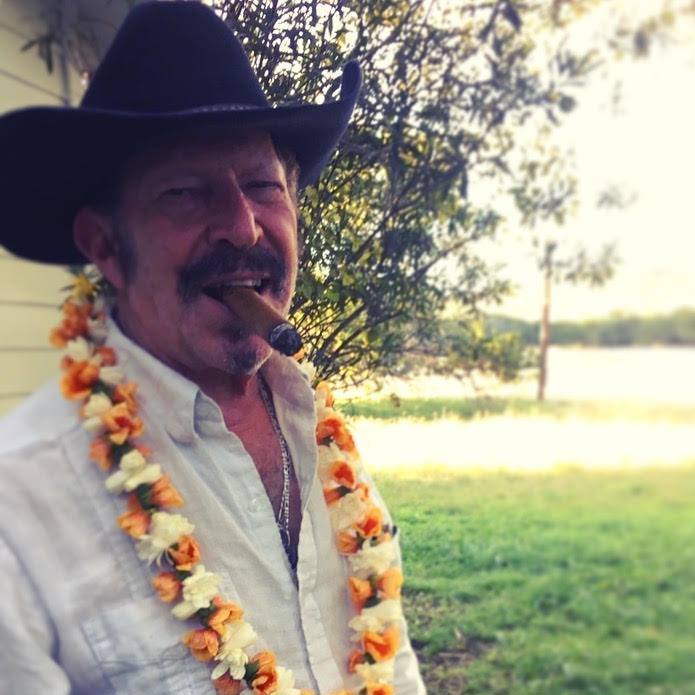 Circus of Life, (which might be more aptly titled More Songs About Willie, Dogs, and Death), is a triumph. Kinky knows, it too – “When you’re 73 is not usually when you do your greatest work,” he tells me. Those who know Kinky primarily through his work as a singer and songwriter (and not via one of the many other hats he wears) know that behind his dark humor and savage song titles, there is a songwriter of clarity, beauty, elegance, and depth. This dichotomy between the sacred and the profane is perhaps best exemplified by one of Kinky’s best-known songs, “Ride ‘em Jewboy.” Behind the ridiculous and provocative title, you will find a hushed, almost sacred hymn to the Holocaust, a truly monumental song. It seems fitting that this willowy tribute to the victims of hatred, ignorance, and oppression was a favorite of Nelson Mandela, who listened to it almost nightly during his last year in captivity.

If you listen to Kinky to be touched and tickled, you will adore Circus of Life. Everything attractive, quirky, bizarre and familiar about Kinky’s music – the deadly and the deadly serious hiding behind the forced jollity of a jester – is here on Circus of Life. This dusty teardrop of an album is full of legends and loss. It is, perhaps, the most affecting mixture of minimalism, darkness, and art since Desertshore by Nico. Circus of Life is a prayer about the futility of prayer; it is also about why we still pray, regardless, and about how the universe is still full of mystery. I would say this collection is not for the faint of heart, but that’s not really true; these almost-folk songs sound so pure and familiar, the melodies so inviting and the characters so recognizable, that these tales welcome us, even in their melancholy.

Circus of Life is a heartbreaking but beautiful voyage across a landscape, real and imagined (but I suspect mostly real), peopled by the lost and seeking souls Kinky has met, or the lost and seeking soul within Kinky himself. These stories, lush in their detail yet almost naked in their presentation, are about people fighting for grace in a graceless land – or is it about graceless people bringing greed to a graceful land? Circus of Life is full of snapshots of hope and hope lost, salvation sought and salvation that slips through the fingers. It is a small and grateful pile of hymns, sung in a bourbon-scratched voice, to those who dreams have been left behind. Despite the darkness (and it’s actually not a true night-blackness, but more of a 4 AM-in-the-desert violet darkness, with shades of rusted rose), this album is almost uplifting, and Circus of Life reminds us that even if we cannot cheat death, we can still embrace joy.

“I think dark lives next door to uplifting,” notes Kinky, in a voice that sounds just a little older and more subdued than the quick-witted spinner of tales I encountered in the past. “But I also think that a happy camper creates nothing very worthwhile. The first step to good songwriting is to be miserable. This was a rough year. And going back over the record, I realized how many of these songs have a personal connection that the listener couldn’t possibly know.”

Three years ago, you released a wonderful collection of covers, The Loneliest Man I Ever Met. What inspired you to start writing original songs again, after all this time?

Kinky Friedman: This was all the result of my psychiatrist, Willie Nelson, calling me at 3 O’clock in the morning as I was watching Matlock. He asked me what I was doing. And I said, “Well, I’m watching Matlock.” And he said, “Well, that is the surest sign of depression. Turn ‘em off, Kinky, turn Matlock off and start writing.” And this inspired me because Willie is older, and he took the time and the energy, as a lot of people don’t, to encourage somebody. And then these songs came very fast, most of ‘em based on a silent witness of some kind, written to a silent witness, a dog, or a missing cat, or a dead sweetheart.

So I consider these my Matlock collection. And there’s some wisdom to what Willie said, too. We may all have a Matlock, but we may not realize what it is — but if we can turn it off, god knows what we can accomplish. I hadn’t written songs in forty years, and these sound like they were channeled in from Leonard Cohen, or early Kristofferson, or something like that. I think all of ‘em are tragic songs. Best writing I’ve ever done.

Loss and death are never far away from these characters.

KF: I think you’re right, and I think life is an accumulation of loss. I might as well tell it like it is.

KF: What I wanted to do was write a record where you could think as you were listening to the music. Like, it’s written between the lines. And that’s not something you can set out to do. This record is not going to be important, but it is going to be significant, which is far better. You can’t sit down and say, “I am going to do something significant.” It just has to kinda happen. And I think we’ve got something here that is not sanitized, not over-produced, not homogenized … and everything that is coming out of Nashville these days seems to be trivialized, seems to be like background music at a frat party. And that’s to be expected. Maybe I’m wrong, but I think the pendulum may be swinging back. I really do. We may not be the mainstream, but we are the people that think that a committee writing a song about a 14-year old girl thinking about going to a Tailgating party or a football game or something is…well, I think we can do better than that, as individuals and as a society.

Someone like Barry Manilow – I don’t want to pick on Barry, but I am using him as an example of someone very successful – plays music that makes you feel good for a short period of time. Then you have got Merle Haggard and Levon Helm and Willie and Bob Dylan, Billy Joe Shaver and people like that, who might make you think, and it might last a lifetime. I have no interest in being in the mainstream. I think all the important work is done outside of it. I would say it’s not the pot of gold, it’s the rainbow that counts.

On this album, you sing, quite pointedly, “All I am is me and my guitar.” Is this a way of saying that at the end of the day, regardless of all the hats you’ve worn, you are at heart a singer and a songwriter?

KF: Yeh, I am afraid that’s so. I think that’s true. And for a long time, I disregarded that because I felt if I wrote a song, it would be going up into the ether, and nobody would hear it.

Unlike a lot of elder-statesman artists, you really confront aging and mortality in a realistic and vulnerable way.

KF: It’s just that I don’t give a good goddamn what people think. I don’t care if the radio can play it or can’t play it, or if somebody understands it or if it’s the kind of thing they’re interested in these days, doesn’t make much difference. 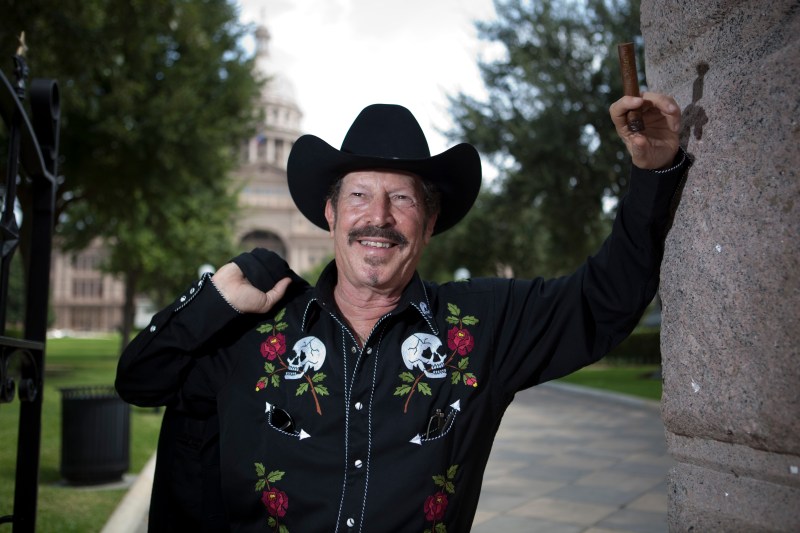 You got 700,000 votes when you ran for governor of Texas in 2006 – over 12 percent of the vote – and you’ve never been shy of letting people know what you think about the state of the world. So any thoughts on Donald Trump?

KF: Looking back through history, I can only think of two figures that have been mocked more than Trump, and they are Abraham Lincoln and Jesus Christ. So I say, give him a chance. How about a reality president for a reality world? Of course, this doesn’t sit well with people in New York I’m working with on projects, but, y’know, I would just withhold judgment on Trump. And it looks to me like he’s getting things done, and some of ‘em are pretty good things. And the last guy was a f*ckin’ Forrest Gump.

Trump has already done one thing that the previous three Presidents looked in our eyes and told us they were gonna do — and they knew the whole time they were never gonna do – which is move that embassy. He did it. Every expert told him that would result in the apocalypse coming … he did that. And that’s a big thing to do. And he’s done other big things. Pulling out of the Iran deal took Pawn Shop-sized balls when everybody else was telling him what a horrible mistake that was. And … we’ll see. He may be the guy who does get Kim to come along with him, that very well might happen. I follow what Billy Joe Shaver says, which is, Remember that Jesus rode in on a jackass.

Kinky Friedman is currently on tour. His tour dates can be found here.