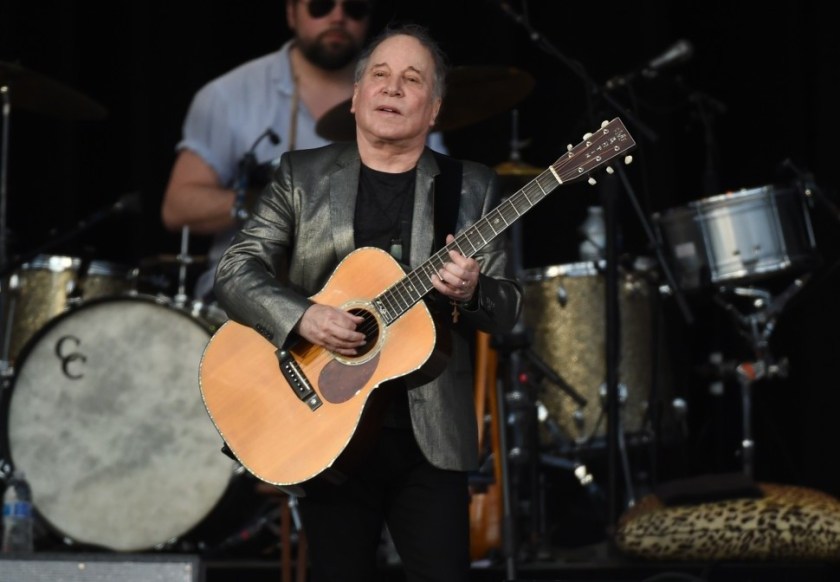 After the release of his 13th studio album, Paul Simon, one of America’s greatest living songwriters, says he’s planning on retiring. At least that’s what he told The New York Times in a recent interview. “Showbiz doesn’t hold any interest for me,” Simon said to The Times‘ Jim Dwyer. When, exactly, will be his last hurrah? It would make sense after he’s completed his latest world tour, but that’s only speculation. Sure, artists like The Who and Kiss have been riding out “farewell” tours for decades. But you can’t help but hear it in his latest music. Take “Wristband,” a song about an older artist who’s blocked from entering his own gig, because he’s not wearing the proper accoutrement. To read The Times‘ full article, click here. Below, watch three videos from Simon’s storied career: Simon & Garfunkel live in Holland (1966); Simon performing “The Sound of Silence” on September 11, 2011, at the Ground Zero memorial; and Simon doing “Wristband” live on A Prairie Home Companion this past February.