Lady Gaga can cry all she wants, but this isn’t what music is about.

They call it Music’s Biggest Night.

Is there actually one single person out there who still believes that’s true?

The 2019 Grammy telecast was a neon-colored-chalk outline around a Xerox of the Google entry for American Idol, an over-staged infomercial for the instant gratification of the Spotify era and a shallow exercise in collective guilt.

Back in the 1980s, one very small aspect of the Grammys was seeing who Michael Jackson would bring along as his date: Would it be the terrified chimp, Bubbles; the terrified child actor, Emmanuel Lewis; or the terrified Rushmore-shouldered stilt-walker, Brooke Shields? Thirty-five years later, the entire Grammy show has not only sunk to that level, but even become more of a freak show. Honestly, Grammys 2019 comes across as an Olympic Opening Ceremony on the Island of Dr. Moreau.

Seriously, I want you to think: Did the Grammys telecast have anything to do with the way you have loved music, or the way music has made you feel?

What is music to you? To your heart? To your life?

Maybe it is this: Ecstasy and repetition. Identity and release. Music is the electric connection between your buzzing, happy, elated head and the starry dynamo in the machinery of night. Music is the way your heart thumps when the kick drum pushes the air of the old theatre. Music is your connection with the primeval memory of the rhythm of sweatshops and plantations, the high sigh of shtetl weddings, and the sand dances of Saharan ceremony.

Music is memory: Playground chants and first-love stares; tenth grade stargazing and skating on beer slick in sophomore dorm basement parties; evenings spent watching bleached-blonde-dyed Brits scratching the air and climbing imaginary ladders in smoky, blue-lit old vaudeville halls; nights passed sharing stale air with shimmering, sibilant, shrieking cowpunk Canadians in narrow booze cans in the gray hours before dawn; mornings spent mummified in sheets waiting for the record store to open. Music is that song in the car on the way home from Hebrew school, that song bursting into your ears on the 7 train on the way to your new job. Music is the mnemonics of melody, ecstasy and repetition, identity and release.

The Grammy telecast had nothing to do with any of that. 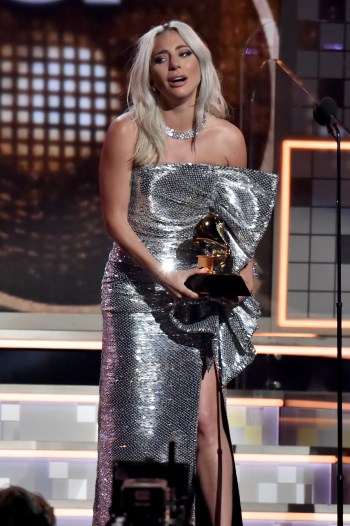 The Grammy show had nothing to do with the joy you felt when your son or daughter discovered the Small Faces or Stone Temple Pilots entirely on their own, or when you saw the smile on your elderly father’s face as he lay in his last hospital bed and thought about the Ink Spots. The Grammy telecast was as representative of your relationship with music as a crowd chanting “U-S-A” at a sporting event is representative of the American poetry of Martin Luther King, Huey Long, Carl Sandburg, or Abraham Lincoln.

In fact, not only was the telecast not representative of the state of music, it also didn’t actually represent the Grammys. The excruciatingly long, utterly unsubtle Grammy show featured 10 Awards and 20 performances. Now, that’s your first sign of trouble: After all, there are 80 Grammys handed out in total, but only 10 of ‘em somehow support the performances this sparkly TV fart was built around.

Now, to be a little more specific:

Someone decided that the Red Hot Chili Peppers, who are to rock what Sting is to reggae and what Paul Simon is to professional basketball, should be the only so-called rock’n’roll act to perform on the whole show. Were the Foo Fighters, usually appointed the Designated Survivor in these circumstances, not available? I can only assume that Dave Grohl, having jealously noted the attention that awful Weezer have gotten for their quasi-ironic covers album, is off in a studio somewhere working up versions of “Two Tickets to Paradise” and “Captain of Her Heart.” The Red Hot Chili Peppers have really just become your drunken uncle dancing to a Blondie song at your cousin’s wedding. Now, who sits around a big table in a boardroom and goes, “We need some 2019-style rock on the TV show, let’s get Red Hot Chili Peppers!”

That’s the level of idiocy we are dealing with here.

Likewise, Just how many freaking times do we need to see Miley Cyrus? I mean, w t actual f? Did one of the producers lose a bet? I don’t even think that the children who made up the bulk of her audience last decade are still interested in her. I mean, maybe I would feel differently if I watched The Voice, but if I watched The Voice, well, I’d be a very different person indeed, and I probably wouldn’t say such snarky things about Dave Grohl. And I say those snarky things, friends, so you don’t have to.

* Host Alicia Keys…too much Benadryl, or was she just high? No judgment here, just noting. Her very soul seemed to be on a slow-cook seven-second delay, the kind of gentle sway, kind mumble, and slightly vacant stare I used to see on trumpet players in New Orleans. Having said that, she was eminently likable, just, uh, kind of too high. 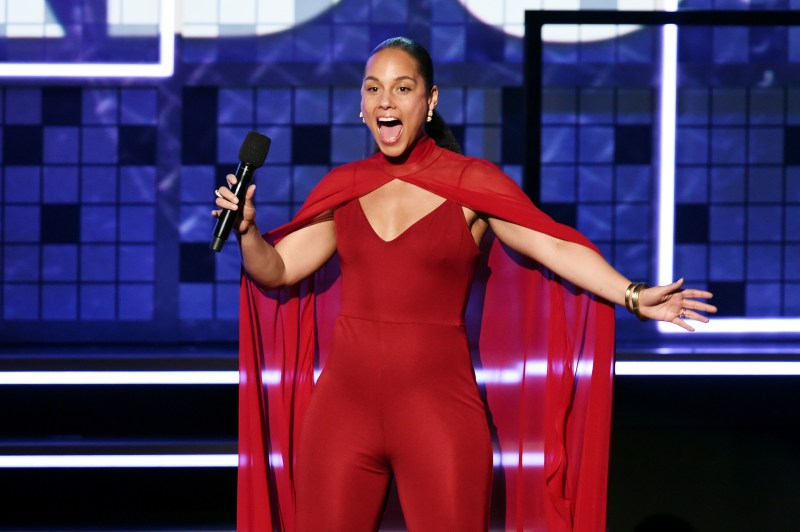 * Serious props to telecast director Louis J. Horvitz. These things are exceptionally hard to direct, and he did an especially good job making this sh*t show seem like a first-rate television spectacular, and not the prosecutable crime against art, nature, spontaneity, and the human spirit it actually was.

* Speaking of which, did they cut away from Drake providing one of the only genuinely spontaneous moments of the entire telecast? What are they afraid of — the remote possibility that for a few seconds, this thing might seem less like an over-budgeted version of The Voice?

* How dare they humiliate the Bodhisattva-like Bob Newhart!

* Another compliment: I didn’t spot any lip-syncing. Live telecast music has become so reliant on lip sync (I’m looking at you, Lorne Michaels) that it was a very pleasant surprise to see it not utilized here. This made some of the performances, like Kacey Musgrave or even Alicia Keys, genuinely effective.

* St. Vincent is fascinating. She is exactly what would have happened if Aimee Mann had actually succeeded in her life-long quest to simultaneously sell out and buy in.

* You cannot go wrong with Smokey Robinson, but did they actually cut away to Diana Ross’s adult daughter on the freaking phone while he was singing acapella? Clearly, the elder Miss Ross needed to atone for that by getting back on stage and singing the theme to “Dr. Goldfoot and the Bikini Machine” (which she recorded with the Supremes in 1965). But alas, that didn’t happen. I mean, but we must have hope. Maybe next year?

* And last but not least, I am not interested in Gaga’s tears. I believe she would sell her own little sister to Russian oligarchs for the EGOT. I mean, I admire the way Gaga owns things, and I do genuinely think she’s talented as hell; but I also think there’s a finality to her, uh, supremacy, as if she was determined to be the last and only pop star. She sells sincerity, and sells it so hard that it becomes indistinguishable from a trailer for a Marvel movie. Lady Gaga is the CGI version of sincerity. I hate her, very possibly because she is so talented that she doesn’t need the emotional CGI, and also because she could actually have meant something greater to the world and its considerable population of desperate and disenfranchised.

Those are all puzzle pieces that highlight a bigger picture.

The 2019 Grammy show was a funeral for the potential of music put on by those who think the future is a shallow cartoon, those who want to use your relationship with music as an excuse to put on another Network talent show. Honestly, man, there was more passion, more truth, more of a connection between art and meaning, in the commercials for Evita that used to air on Channel 9 when I was a teenager.

The Grammy telecast reflected the gorgeous panoply of music no more than the rear view camera in your car can reflect the starry spray of the Milky Way.

See, I believe in the continent of rock’n’roll, the nation of risk and spontaneity, the commonwealth of sh*t-stained boots on a broken down nightclub stage.

I believe in rock’n’roll because I know that today, more than ever, rock’n’roll is being made by young people all over the world who are using a sloppily fingered E-minor chord or a carefully-fingered B-flat to say something that words alone cannot say.

I think the Grammy’s desire to convince y’all that this doesn’t exist is pathetic, and will ultimately lead to something much bigger. We are bottoming out, friends. This will cause a reaction, one we so desperately need. The wet, over-lit cardboard bridge the Grammys is built upon can only remain standing for so long. I remain supremely optimistic that one of these days, an artist will come along who is a cross between CRASS and Gaga, or Phil Ochs and the Bay City Rollers, and will actually reunite pop with it’s potential to be something beyond a revenue stream for new millionaires to play spiritual badminton with billionaires.

That was music’s biggest night.