Not all firework displays are intentional. (Getty)
Getty Images
By Adrian Lam 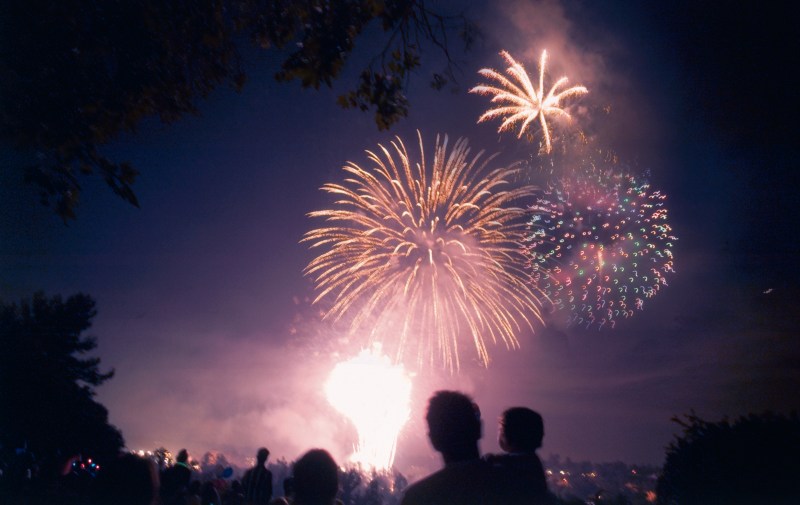 You’ll likely be hearing the “Star-Spangled Banner” and the distant pop-pop-pop of fireworks this Fourth of July weekend. But during that backyard barbecue or family gathering, you’ll need a good soundtrack. So the team at RealClearLife has put together a Top 10 playlist that includes five old faithfuls and five newbies.

1. John Cougar Mellencamp, “Pink Houses” – Nope, this tune is not called “Ain’t That America,” but it might as well be from its catchy-as-heck chorus. It was released in 1983 on his album Uh-Huh.

3. Bruce Springsteen, “Born in the U.S.A.” – The title track from The Boss’ 1984 album of the same name, the song may sound like a giant “thumbs up” to the red, white, and blue; but it centers on Vietnam War vets and their unfair treatment upon returning home. Still a stellar option, though.

4. Neil Young, “Rockin’ in the Free World” – From 1989’s Freedom, the song rose to fame at the time of the break up of the Soviet Union—reaching anthem status shortly thereafter. So what if Young is Canadian? You can’t find many opening riffs better than this one.

5. The Beach Boys, “Surfin’ U.S.A.” – Whether you’re a surfer or not, this tune’s lyrical guide to the top spots across the nation to Hang Ten will get you thinking about having fun in the summer sun—a key ingredient to Independence Day weekend.

Best of the 21st Century

6. Counting Crows, “American Girls” – You may remember the Counting Crows from their 1993 single “Mr. Jones.” On 2002’s Hard Candy, the band did an ode in the vein of The Guess Who’s “American Woman“—but slightly less edgy and snotty. Plus, Sheryl Crow provides guest vocals.

7. The Zak Brown Band, “Chicken Fried” – Multiple Grammy Award–winning country band Zak Brown Band dropped this gem back in 2008. It’s a great song to kick back and relax with on a hot summer evening.  The third verse is also Fourth of July–ready.

8. Jason Isbell, “Dress Blues” – For those of you who like to get patriotic on the 4th, take a gander at this 2007 ode to Corporal Matthew Conley, a Marine from Isbell’s hometown who was killed in action during the Iraq War. One of the strongest singles from Grammy-winner Isbell’s growing catalog. (List-mates Zak Brown Band covered it in 2015.)

9. Eagles of Death Metal, “I Love You All the Time” – EODM was the band playing in Paris’ Bataclan nightclub, the night terrorists opened fire on the audience. To pay homage to the fallen, the band put together a campaign called “Play It Forward,” where a number of indie rock bands did covers of the song, with the proceeds going to charity. Here’s the original, which was released in 2015.

10. Kacey Musgraves, “Dime Store Cowgirl” – Her 2013 debut, Same Trailer Different Park, found a lot of fans in high places—including pop mega-star Katy Perry, who brought her out on tour. “Dime Store Cowgirl” is from her follow-up, 2015’s Pageant Material; and name-drops Willie Nelson, Mount Rushmore, and Austin City Limits in its first minute, so it’s got to be playlist material, too.

To listen to the full playlist, click on the top lefthand corner of the YouTube player below: