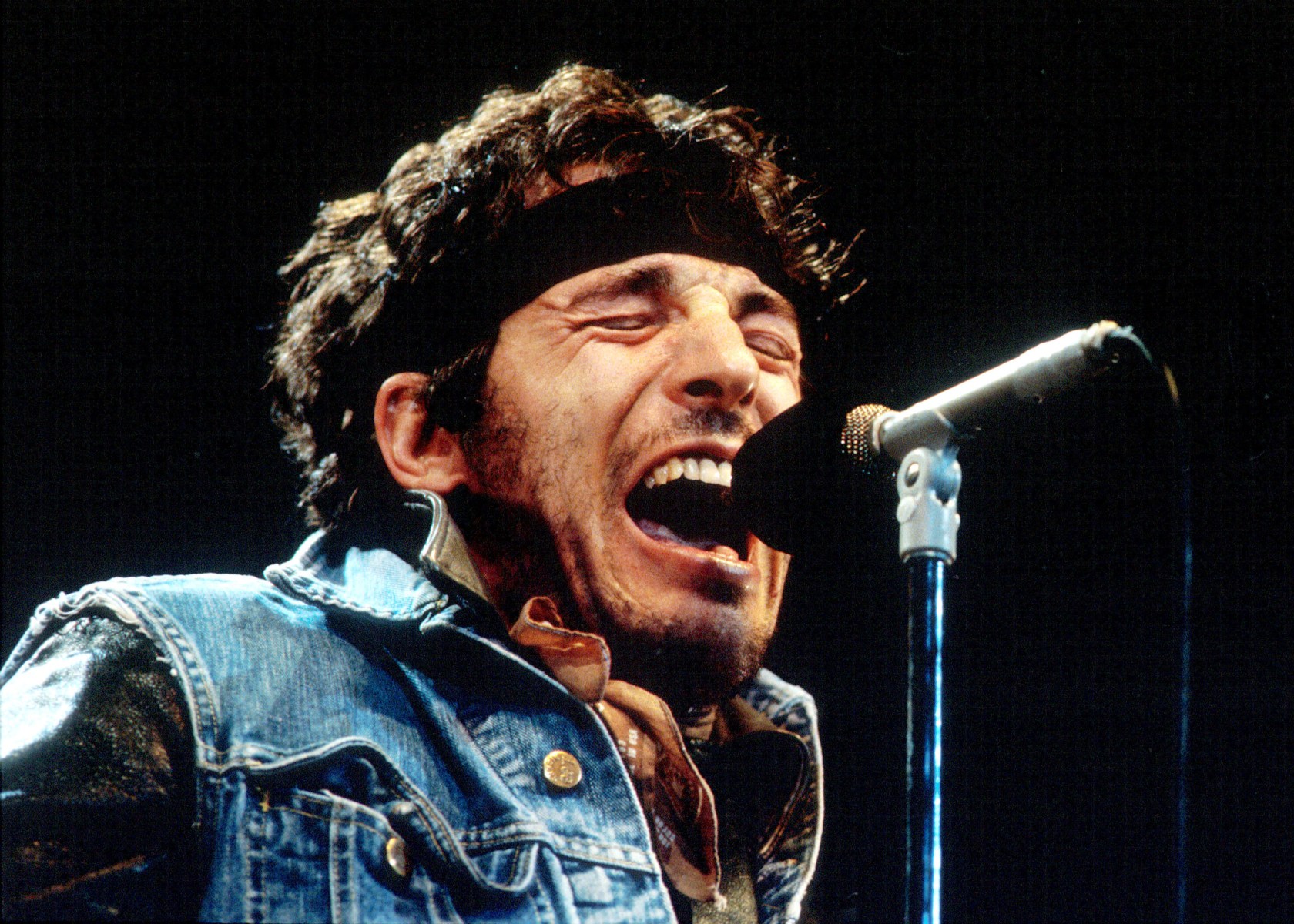 Bruce Springsteen performs during the last show of the 1985 'Born in the U.S.A. Tour'. in Los Angeles, California (Photo by Bob Riha Jr/WireImage)
WireImage
By Bonnie Stiernberg / July 3, 2020 8:34 am

Between the pandemic and the recent rash of horrific killings of Black people at the hands of police that have sparked nationwide protests, it’s hard to feel like there’s anything to celebrate this Fourth of July. Waving a flag and blasting a Sousa march or some sort of jingoistic staple like “Courtesy of the Red, White and Blue” or “God Bless the USA” feels a bit tone deaf when 130,000 Americans are dead largely due to mismanagement of the virus and racism continues to rear its ugly head.

Of course, there’s nothing more American than dissent, and there are plenty of songs that attempt to tackle this complicated, messy country of ours from all angles — the good, the bad and the downright horrific. Some have famously been misinterpreted by those who refuse to hear the lyrics over the years (“Born in the U.S.A.,” “Rockin’ in the Free World”), while others like “American Idiot” or “Your Flag Decal Won’t Get You Into Heaven Anymore” make it clear where they stand from the get-go. So if you’re in the mood for a more pensive, subdued Fourth of July playlist this year, we’ve got you covered. Put it on, do your patriotic duty and ponder what exactly it really means to be American.

Bruce Springsteen, “Born in the U.S.A.”

Key lyrics: “Got in a little hometown jam/So they put a rifle in my hand/Sent me off to a foreign land/To go and kill the yellow man”

Key lyrics: “We’re in a state of disarray united by our darkest days/Aching from the growing pains, they always say it’s just a phase/America, the tried and true, red and white and black and blue/Tell me, who did this to you? If it was me I hardly knew”

Key lyrics: “Cathy, I’m lost, I said though I knew she was sleeping/And I’m empty and aching and I don’t know why/Counting the cars on the New Jersey Turnpike/They’ve all come to look for America”

Key lyrics: “Oh what a joke is the Statue of Liberty when the Indians on the reservation and Black folks still ain’t free/Hate, war and destruction is all our forefathers took time to sow/But this new generation’s planting love and freedom, and peace is what they’re gonna grow/You see kids are tired of growing up just to fight another war and singing God bless America/
Unless they know, they know what for”

Key lyrics: “Aristocrats on a mountain climb/Making money, losing time/Communism is just a word/But if the government turn over/It’ll be the only word that’s heard”

Key lyrics: “Well she was an American girl/Raised on promises/She couldn’t help thinkin’ that there/Was a little more to life/Somewhere else”

John Prine, “Your Flag Decal Won’t Get You Into Heaven Anymore”

Key lyrics: “When they hang Jeff Davis from a sourapple tree, I’ll sit beneath the leaves and weep/None of us shall be saved, every man will be a slave/For John Brown’s body lies a-mould’ring in the grave and there’s rumbling down in the caves/So if it’s time for choosing sides, and to show this dirty city how we do the Jersey Slide/And if it deserves a better class of criminal/Then I’ma give it to them tonight”

Key lyrics: “I would like to salute the ashes of American flags/And all the fallen leaves/Filling up shopping bags”

Key lyrics: “And I don’t know a soul who’s not been battered, I don’t have a friend who feels at ease/I don’t know a dream that’s not been shattered
or driven to its knees/But it’s all right, it’s all right/We’ve lived so well so long/Still, when I think of the road we’re traveling on, I wonder what went wrong”

Key lyrics: “Oh, they gave me a useless education and a subprime loan/On a craftsman home/Keep my prescriptions filled/And now I can’t get off/But I can kind of deal/Oh, with being bored in the USA”

Key lyrics: “We got a thousand points of light for the homeless man/We got a kinder, gentler machine gun hand/We got department stores and toilet paper/Got styrofoam boxes for the ozone layer/Got a man of the people,
says keep hope alive/Got fuel to burn, got roads to drive.”

A Tribe Called Quest, “We the People”

Woody Guthrie, “This Land Is Your Land”

Key lyrics: “This land is your land and this land is my land/From California to the New York island/From the redwood forest to the Gulf Stream waters/This land was made for you and me”

Key lyrics: “I see a yellow man, a brown man/A white man, a red man/Lookin’ for Uncle Sam/To give you a helpin’ hand/But everybody’s kickin’ sand/Even politicians/We’re living in a plastic land/Somebody give me a hand”

Key lyrics: “Don’t wanna be an American idiot/Don’t want a nation under the new mania/And can you hear the sound of hysteria?/The subliminal mind-fuck America”

Randy Newman, “A Few Words In Defense of Our Country”

Key lyrics: “The end of an empire is messy at best/And this empire’s ending like all the rest/Like the Spanish Armada adrift on the sea/We’re adrift in the land of the brave/And the home of the free”

Childish Gambino, “This is America”

Nina Simone, “I Wish I Knew How It Would Feel to Be Free”

Key lyrics: “I wish I could share all the love that’s in my heart/Remove all the bars that keep us apart/I wish you could know what it means to be me/Then you’d see and agree/That every man should be free”

The Killers, “Land of the Free”

Key lyrics: “When I go out in my car, I don’t think twice/But if you’re the wrong color skin/You grow up looking over both your shoulders/In the land of the free/And we got more people locked up than the rest of the world/Right here in red, white and blue/Incarceration’s become big business/It’s harvest time out on the avenue”

Key lyrics: “Some folks inherit star spangled eyes/Ooh, they send you down to war/And when you ask them, ‘How much should we give?’/Ooh, they only answer ‘More! More! More!’”

The Avett Brothers, “We Americans”

Key lyrics: “But the story is complicated and hard to read/Pages of the book obscured or torn out completely/I am a son of uncle Sam and I struggle to understand the good and evil/But I’m doing the best I can in a place built on stolen land with stolen people”