Elephant in the Room: Does Tim Burton Have Any Movie Magic Left?

An RCL critic asks as "Dumbo" and a musical "Beetlejuice" hit theaters.

Whatever happened to Tim Burton?

The oddball auteur has branched out in recent years. He’s made extravagant children’s films. He made a pop-culture biopic with Amy Adams. He even made a Stephen Sondheim musical, “Sweeney Todd.”

And this week he’s making a splash.

A song-and-dance re-do of his immortal film Beetlejuice started Broadway previews on March 28. Meanwhile his live-action retelling of the Disney classic Dumbo hits theaters on March 29.

But is it a new peak, creatively?

Dumbo, for example, has some of the director’s usual touches. There’s an attraction to outrageous outcasts and steampunk style. There are some familiar faces – Michael Keaton, Danny DeVito, Eva Green.

And, in Green, there’s yet another of the filmmaker’s signature heroines – dark ringlets, wide forehead, huge eyes, pale skin, voluptuous curves. (Apparently young Tim never got over seeing Elsa Lanchester as Mary Shelley in The Bride of Frankenstein.)

But the film’s also got a couple of adorable kids (who aren’t, particularly), a sappy final song, characters that go nowhere and an overload of cute. There’s some weirdness here too, to be sure, but it’s been toned down, smoothed out. If you truly love Tim Burton, this is not the filmmaker you first fell for. 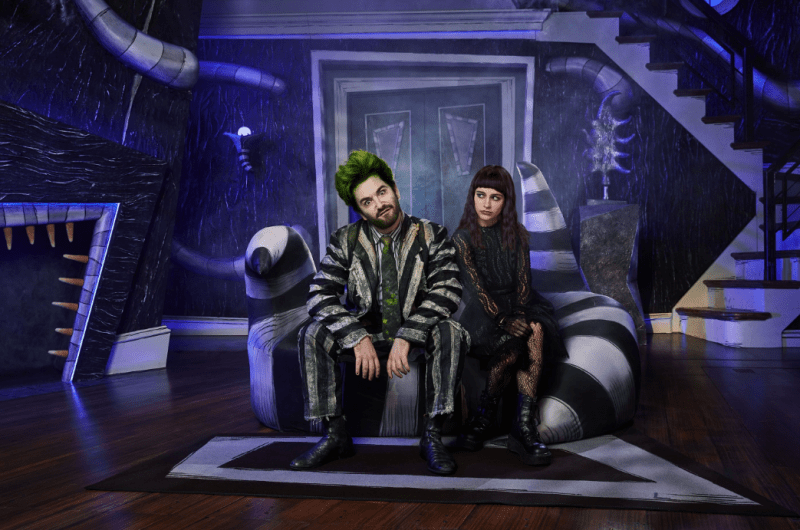 Is it because he’s changed or we haven’t?

Growing up Goth before it even had a name, Burton was a pallid introvert who felt painfully out-of-place in sunny, friendly California. His hair never knew a comb. His role model was Vincent Price – or, at least, the character Price played in old Roger Corman movies.

Burton’s dream job as an animator at Disney got a little less dreamy when they saw what he really wanted to animate. (Take a look at his magnificently strange short Vincent on YouTube for a glimpse). But then Burton teamed with another glorious eccentric, Pee-wee Herman, and his career was launched.

And for the first wave of Burton fans, raised on monster movies and horror comics, it soon felt like a career aimed just as us.

There was the black comedy of Beetlejuice. There were the dark nights of Batman and Batman Returns, groundbreaking films that found nothing campy about violent vigilantes. There was Mars Attacks!, a fannish, feverish farce about a world where Jack Nicholson was the president, Pierce Brosnan and Sarah Jessica Parker were disembodied heads, and Slim Whitman was Earth’s final chance.

And then there was that trio of deeply weird, hugely personal masterpieces.

Edward Scissorhands, his first film with Johnny Depp and a magical metaphor for Burton’s own outsider childhood. Ed Wood, his loving salute to the horror-film auteur whose enormous enthusiasm was outweighed only by his prodigious lack of talent. And finally the extraordinary Big Fish – a deeply emotional tale of parents and children, losses and lies, and the unbreakable brotherhood of freaks.

But that film – which grew out of Burton’s complicated feelings about the recent passing of his own father – didn’t click with audiences. And sadly what had been the director’s most personal statement gave way to a long line of films that preferred the safe and silly to the startling and surreal.

Burton has always had a sense of wonder – it’s been one of his strengths. But over the last decade or so, that sheer childlike joy has been supplanted by mere childishness. His candy-colored Charlie and the Chocolate Factory was weird without ever being wild; his two Alice in Wonderland films were decidedly dumbed-down.

Making things even worse was Depp. Close friends for decades, the two men have gone from quirky collaborators to creative co-dependents, with Burton’s  addiction to the outré only enabling Depp’s compulsive overacting. They encourage each other’s worst instincts, resulting in the star’s unfocused, unfunny turns in mirthless messes like Dark Shadows.

Burton recently tried to get out of the fatuous fantasy route with Big Eyes, a biopic starring Adams as Margaret Keane – the woman who painted all those spooky children with huge-pupiled stares. We were, briefly, back to another Burton obsession — but the film flopped and back we ran to kiddieland, with Miss Peregrine’s Home for Peculiar Children.

True, that film showcased the filmmaker’s fondness for the sideshow, as does Dumbo (although its “curiosities” are never as outrageously wonderful as the director once would have made them). In fact, there are times in the new film – including a few quick trips to the amusement-park attractions of Nightmare Island – when you think, at least, of what the old Burton might have done.

And, to be fair, there’s only so much the new Burton can do with a standard, carefully constructed Disney product. Firmly chained to both the studio’s classic childhood fears (your parents are going to leave, and all the other kids will laugh at you) and modern parenting pablum (just believe in yourself, and be the best “you” that you can be!) Dumbo leaves little room for invention.

Of course, artists reinvent themselves, far more frequently than most of us do; if they always saw everything in the same, predictable way they’d lose the sense of adventure that makes them artists. We shouldn’t selfishly demand that they always make the same kind of art.

Yet that’s precisely what Burton is doing – it’s just that now, he’s making a coolly careful approximation of the art he used to make. It’s like “mild mustard,” or “Szechuan-style chicken” or “Cajun-inspired shrimp” – an adulteration for children, a safe simulacrum for people who like the idea of something but can’t handle the genuine thing itself.

Well, some of us like spicy mustard. We want chicken blanketed in hot peppers, and shrimp spiked with Tabasco. We yearn for the real thing.

And we miss Tim Burton.