(Richard Foreman)
By Will Levith

The Toronto International Film Festival (TIFF) is, along with the Cannes film festival, one of the major markets each year where the leading independent producers go to show and sell their new films to distributors from around the world. It provides a first look at some of the best movies likely to hit the theaters in the year ahead.

RealClearLife has curated a list of five movies that you should be watching out for.

All I See Is You

A psychological thriller starring Blake Lively (The Shallows), Jason Clarke (Zero Dark Thirty), and a RealClearLife favorite, Yvonne Strahovski (Manhattan Night). The film tells the story of a blind woman, who gains sight via surgery and finds out her life is not quite what she thought it was. It was directed by Marc Forster (Monster’s Ball and the James Bond film, Quantum of Solace). For more on the film, click here. To see RealClearLife’s recent celebration of Yvonne Strahovski and her starring role in Manhattan Night, click here. 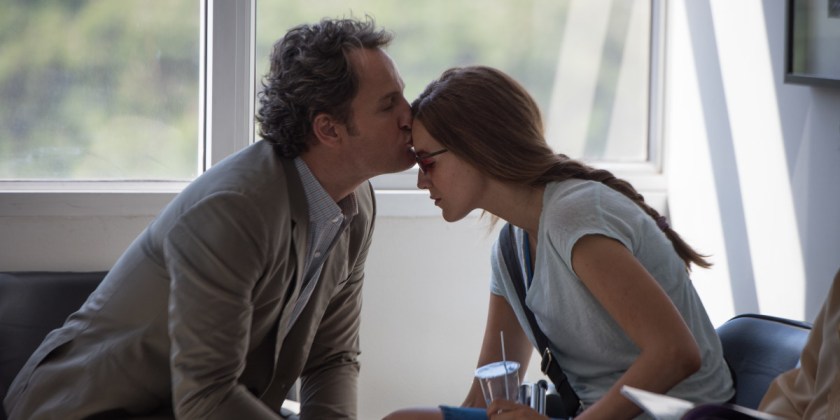 The directorial debut of Scottish actor Ewan McGregor (Trainspotting) and based on the Philip Roth novel of the same name, American Pastoral follows a seemingly “perfect” American family that is upended during the contentious Vietnam War era. The film stars McGregor, Oscar-winner Jennifer Connelly (A Beautiful Mind), and Dakota Fanning (Coraline). For more on the film, click here.

Directed by Denis Villeneuve (Sicario), Arrival‘s not your average sci-fi film—with its focus on language and communication. The premise? When aliens land all over the world—including the United States—two experts, a linguist (Amy Adams) and theoretical physicist (Jeremy Renner), are tapped by the military to try to make contact with them. More specifically, to figure out the answer to this question: “What do they want?” The movie also stars Oscar-winner Forest Whitaker. For more on the movie, click here.

Looking to bring back the classic Hollywood musical, this film stars Ryan Gosling (Drive) as a jazz pianist who falls hard for an aspiring actress played by Emma Stone (Birdman). Written and directed by Damien Chazelle (Whiplash), La La Land puts the lure of Los Angeles on display in a big way—and could see the pair singing all the way to next year’s Oscars. For more on the movie, click here.

In the tradition of boxing bio-pics likeRaging Bull, this film tells the story of real-life boxer Vinny Pazienza’s amazing recovery from victim of a broken neck to ring champion. Starring up-and-comer Miles Teller (Whiplash) in the lead role and Aaron Eckhart (The Dark Knight) as his coach, the movie was directed by Ben Younger (Boiler Room). For more on this movie, click here.