Yes, one involves the furries 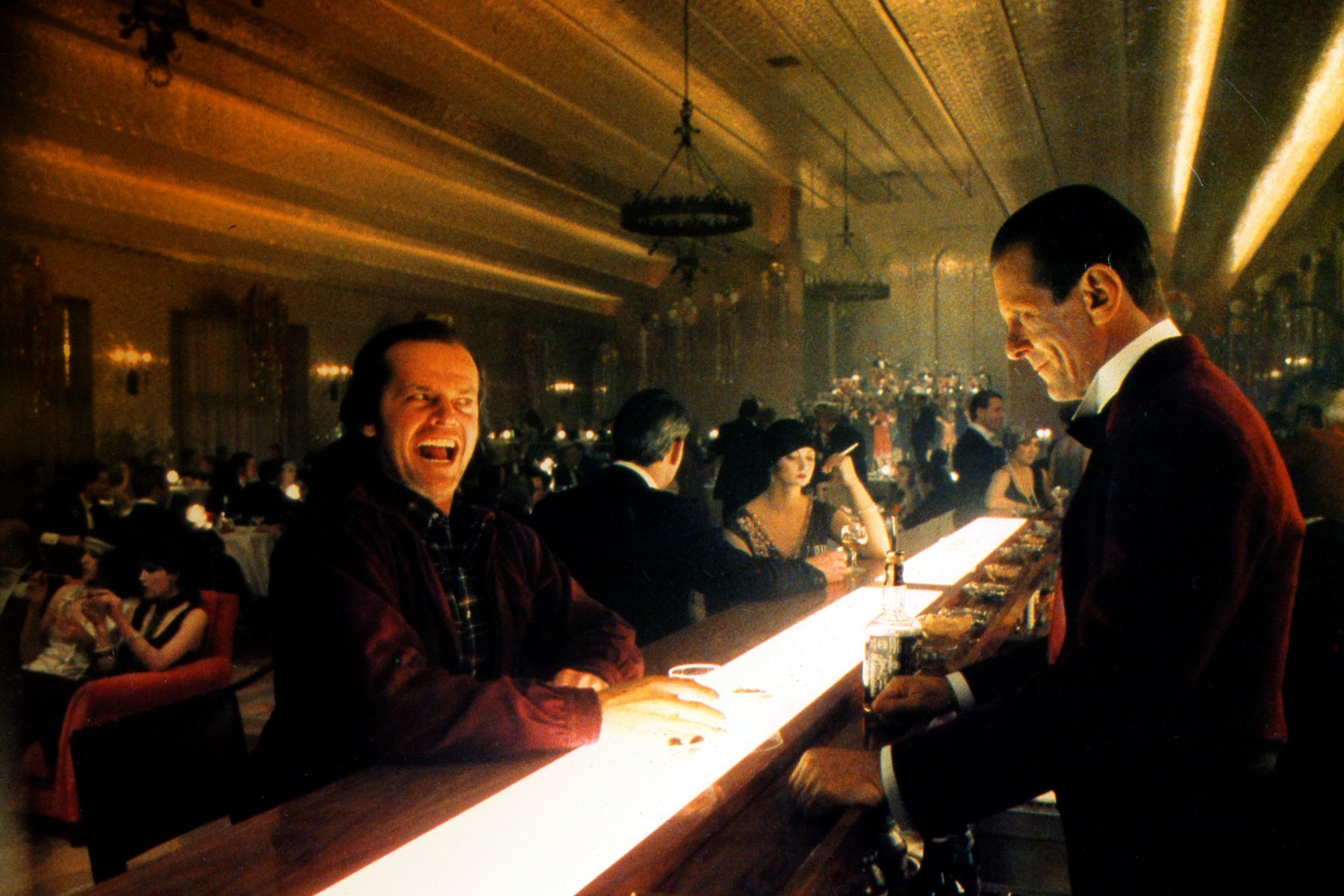 At the time, the film made modest profits and was met with lukewarm reviews (“Even the film’s most startling images seem overbearing and perhaps even irrelevant,” shrugged Janet Maslin of the New York Times). King famously hated it — he later called it “misogynistic” (fair) and “like a big, beautiful Cadillac with no engine inside it.”

But as the years have passed, praise for and scrutiny of the film have exponentially increased, so much so that there’s an entire documentary (Room 237) exploring the film’s hidden meanings.

Admittedly, a lot of those theories are way off-base; the movie, for example, is not one long, expensive admission that the U.S. faked a moon landing. But there are a lot of weird little details in the film that deserve an explanation, and given the ridiculous shooting schedule and Kubrick’s fastidious reputation, we can assume most of the following WTF moments are in there by choice.

So we set out to ask (axe?) some lingering questions about the film and its influence … and find some answers. Here’s what we found.

Why was Jack reading a copy of Playgirl?

As potential caretaker Jack Torrance (Jack Nicholson) waits in the halls of the Overlook Hotel, he’s seen thumbing through a copy of a popular ‘70s magazine that targeted women and gay men. This particular topic has garnered 669 comments on Reddit; while “he’s reading it for the articles, bro” was that site’s top vote getter, the following explanation seems more likely: “In that edition of Playgirl there is an article called ‘INCEST: Why parents sleep with their children.’ The implication is, along with a number of other metaphors in the film, that Jack sexually abused Danny.”

Torrance’s job interview to be the hotel’s caretaker (yes, he was always the caretaker) with Stuart Ullman seems like a long exposition dump so we can learn about the hotel’s sordid history and get some background on our lead character. The moment does allow for a separation of characters: Jack’s at the hotel while Wendy and Danny are on their own. During this time, Danny experiences a “shining” moment with his imaginary friend Tony, leading to some nightmarish foreshadowing.

But maybe the entire premise of the job interview is to direct our attention to the office window, which, based on the hotel’s layout, shouldn’t and couldn’t exist. It’s a window that shows off different light and weather, yet its position would place it entirely within the interior of the hotel’s lobby.

Is the entire film really a romantic comedy?

If you look at it in a certain way, then yeah.

Even the most die-hard analyses of The Shining can’t figure out why either the words “sha” or “shone” inserted in a breathy tone throughout the film’s first half. It may relate to the Tarot. It might just serve as “constructive disorientation.” To this day, no consensus theory has emerged.

So, about those furries …

King’s book had mentioned a scene in the hotel’s past with people dressed as dogs. Kubrick’s film omitted any sort of backstory, but does feature a very infamous man in a bear costume. As the site Collative Learning posits, there are “three thematic interpretations of the bear man scene and [the author]  believes Kubrick intended all three of these metaphors as part of the subliminal narrative.” If you want to go down that rabbit hole, pay attention to the constant ursine visual references (like the bear picture above Danny’s bed, or the teddy bear he rests his head on at a psychiatrist’s office) and then remember what we learned from the Playgirl magazine — the theory here is that Jack’s encounter with the man in the bearsuit is a reinterpretation of his own abuse of Danny coming to him in a dream.

Why do so many motifs from The Shining show up in Pixar movies?

There are multiple references to Kubrick’s film in Pixar kid flicks, primarily in the Toy Story franchise — credit that to superfan Lee Unkrich, who’s directed multiple titles for the animation studio and, on the side, runs a Shining fan site called The Overlook Hotel. Those are intended homages; the idea that Frozen is essentially a Disney-fied Shining is just a fan theory.

What happened to Jack’s axe after the film?

Metallica’s Kirk Hammett has one. Wasn’t a real question until I saw it with my own eyes earlier this year. Now I’m jealous.

How did they film the bloody elevator scene?

Apparently, Kubrick was so stressed about that particular moment — the film’s, uh, shining legacy — that he refused to be on set when it happened. And it needed to be done in one take. Essentially, those fake elevators were filled with fake blood and four cameras were set up to film it, all with a different lens and film speed (while camera operators were inside “oversize wooden chests”). The blood also start to seep through before the cameras rolled.

Who was the woman depicted in Hallorann’s bedroom?

Hotel cook Dick Hallorann (Scatman Cruthers) is essentially off-grid when Danny’s distress “shining” comes his way. But where exactly is he and what’s up with the amazing, naked artwork in his room? According to Film and Furniture (based on info from The Overlook Hotel), the picture above the TV is former Playboy model Azizi Johari taken in the early 1970s, as part of a general release poster entitled “Supernatural Dream.” It is somewhat similar to a photo at the Korova Milk Bar seen in Kubrick’s adaptation of A Clockwork Orange.